The UAE has grown closer to Cyprus on energy and defense issues. 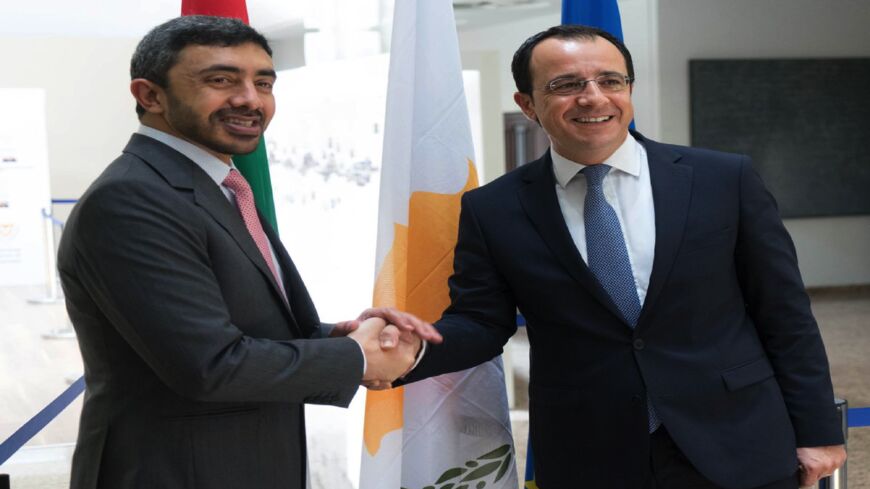 Nahyan met with Cypriot President Nicos Anastasiades and Cypriot Foreign Minister Nikos Christodoulides. They discussed the "situation in the Eastern Mediterranean” and strengthening cooperation between the two countries. Nahyan also thanked Cyprus for participating in Expo 2020 in Dubai, according to statements from the UAE Ministry of Foreign Affairs.

Last December, the UAE participated in a naval exercise with Cyprus. In January, the two countries signed a joint defense agreement. In April, officials from the UAE, Cyprus, Israel and Greece held a first-of-its-kind meeting to discuss energy cooperation and Iran’s alleged pursuit of a nuclear weapon.

Last year, the UAE joined Cyprus, Greece, Egypt and France in forming an alliance to oppose Turkey’s offshore energy exploration activities in the area. Turkey is searching for hydrocarbon in waters claimed by Cyprus and Greece.

Cypriot leaders openly criticize Turkish policy in the sea and in the Middle East. At the same time, the UAE has been working to repair relations with Turkey this year.