Erdogan’s offer to Armenia; Iranian commander fired in Syria, while Israel ratchets up pressure; Camels and drought; Marvel’s ‘Eternals’ banned in Egypt and Gulf; Dubai machine dispenses joy; all in less than 1,300 words! 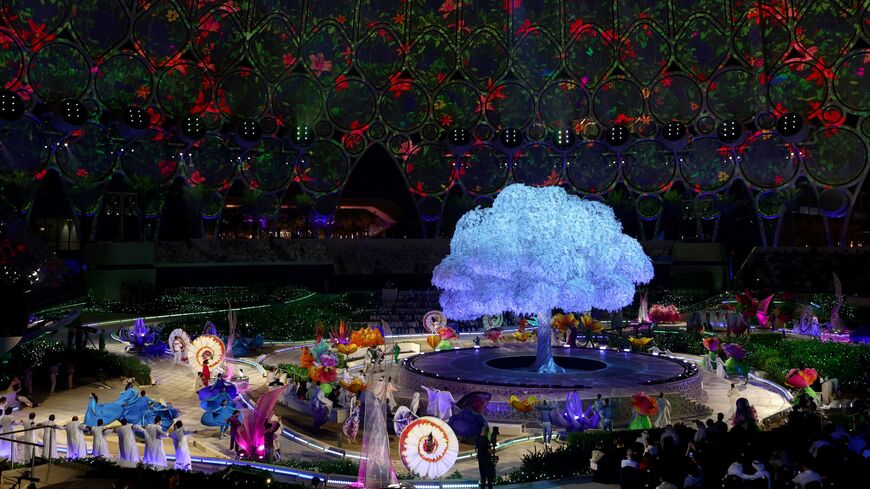 UAE: Open for business …: The United Arab Emirates is open for business once again, and the pandemic, which the country hopes to put in the rear-view mirror, has been a catalyst for change. At the Abu Dhabi airport, all incoming passengers are quickly tested for COVID, with results ready by the time they reach customs. The Al-Hosn health app started for COVID but is likely to widen its applications; watch that space.

The Dubai Expo 2020 and Dubai Airshow, both of which attract officials and tourists from around the globe, are taking place this week. And in Abu Dhabi, in the same hotel, two major conferences took place at the same time: the eighth annual Abu Dhabi Strategic Debate, hosted by the Emirates Policy Center, and the ADIPEC 2021 Strategic Conference, one of the top events for global energy leaders. These types of events in the UAE are likely to pick up as the country celebrates its 50th anniversary next year.

… with regional diplomacy in high gear: At the Abu Dhabi Strategic Debate, UAE officials were seeking to get ahead of the curve of changes in the region, including diplomacy on the Israeli-Palestinian front, and with Iran.

UAE in ‘a better stance’ on Israeli-Palestinian issue: The normalization agreement with Israel last year, part of what became known as the Abraham Accords, has elevated the UAE’s diplomatic profile. And the UAE will continue to engage with the Israeli-Palestinian issue, although the Abraham Accords are not a solution to that wider conflict, Khalifa Al Marar, Minister of State in the Ministry of Foreign Affairs and International Cooperation, told participants at the Debate. However, on and off the record, UAE officials emphasized that the agreement staved off a possible Israeli annexation of Jewish settlements in the West Bank. The UAE is in "a better stance and position to contribute towards the Middle East’s peace process, there are vast possibilities in all fields, and we can say the Abraham Accord has activities in all fields," Al Marar added.

De-escalation and the search for shared interests with Iran. Having found a mutually beneficial de-escalation with Israel, the UAE is also taking steps to “de-escalate tensions” with Iran. “We don't have any interest in confrontation as the region will pay the price for decades to come," Anwar Gargash, diplomatic adviser to UAE President Sheikh Khalifa bin Zayed Al-Nahyan, said at the Debate. "Our recent outreach is to find shared interest around a collective future and prosperity." UAE National Security Advisor Sheikh Tahnoon bin Zayed Al Nahyan will travel to Iran next week (Amwaj Media has the story here).

Read more: UAE diplomacy has also been instrumental in the Horn of Africa, as we explain here. Check out our report here on the November 9 meeting between UAE Foreign Minister Abdullah bin Zayed Al-Nahyan with Syrian President Bashar al-Assad in Damascus. For more on the Abu Dhabi Strategic Debate and UAE foreign policy, check out the reports by Mina Al-Droubi at The National.

It’s been a year since Turkey backed Azerbaijan in its 44-day war to retake territory in Nagorno-Karabakh lost to Armenia in 1992.

Now, Turkish President Recep Tayyip Erdogan is touting the economic benefits of a proposed six-way regional cooperation platform that would bring together Turkey, Azerbaijan, Armenia, Russia, Georgia and Iran. But Ankara has some convincing to do.

As Fehim Tastekin puts it, “the six-way platform that Erdogan envisages requires regional integration, but the countries in question are short both of ground for reconciliation and political will to make it happen.”

For starters, Armenian Prime Minister Nikol Pashinyan “has yet to cool the political anger at home over the Nagorno-Karabakh defeat.”

Ali Hashem has the backstory on the dismissal of Javad Ghaffari, the powerful commander of Iran’s Quds Force in Syria.

“Ghaffari’s last battle in the war-torn country was this time with no one other than the ruling elite he came to the country to defend,” writes Hashem, who says Ghaffari was regarded by the Syrian government and the Russians as an uncompromising troublemaker.

President Bashar al-Assad himself requested that the Iranians fire him, Hashem reports. The decision to do so was reportedly made by mid-October, just days before the drone attack on the US al-Tanf base and three weeks before the visit of Emirati Foreign Minister Abdullah bin Zayed to Damascus. Keep reading for more on why Syria’s leaders are divided over Iran’s continued presence in their country.

A senior Israeli diplomatic source says Israel’s new government has ramped up its activity against Iranian entrenchment in Syria. Since the Oct. 22 meeting between Russian President Vladimir Putin and Israeli Prime Minister Naftali Bennett, several attacks on Iranian targets in Syria have been attributed to Israel, both of which took place in areas with a significant Russian presence.

Ben Caspit explains that “the increased Israeli activity could stem from frustration at Israel’s failure to mobilize US and international support for mounting a credible military threat to Iran’s nuclear program, but it's more likely prompted by Iranian escalation.”

They may be desert animals, but even camels are at risk from drought. And in Syria’s Bedouin communities, the camel is in danger.

Amberin Zaman reports from a desolate Bedouin village west of Raqqa, where the lack of rainfall and depleted vegetation is killing off the emaciated desert animals.

Syria’s worst drought in 70 years is also changing the Bedouin way of life. “Bedouin culture, with its camels, Arabian horses and falcon-hunting salughi hounds that has excited Western imagination for centuries, is fast becoming a relic of the past,” Zaman writes. For more on Syria’s endangered camels and their Bedouin owners, check out this video.

A slew of Middle East countries have banned the latest Marvel movie “Eternals,” apparently over a scene depicting a kiss between two LGBTQ+ characters that Disney refused to edit out. Just a day before its scheduled release last week, Egypt joined Saudi Arabia, Kuwait and Qatar in banning the American superhero film. Ahmed Hidji has the reaction inside Egypt, where moviegoers complain that censorship authorities are undermining freedom of expression.

In the latest episode of Reading The Middle East, Gilles Kepel interviews Martin Indyk, a former US ambassador to Israel and special envoy for Israeli-Palestinian negotiations. Indyk discusses his latest book “Master of The Game: Henry Kissinger and the Art of Middle East Diplomacy,” which is based on hours of conversations with the storied American diplomat. Watch the interview here.

Dubai is now home to a vending machine that dispenses joy — literally. At the click of a button, the machine spits out positive messages in English and Arabic, such as “I would give up coffee for you" and “Has anyone told you how great you are?" Maghie Ghali reports on the compliment dispenser, which was created in the pandemic by two young Emirati women, and is now an interactive installation at the 2021 Dubai Design Week.