The missiles allegedly targeted an empty building near the capital, Damascus, according to Syrian state media. 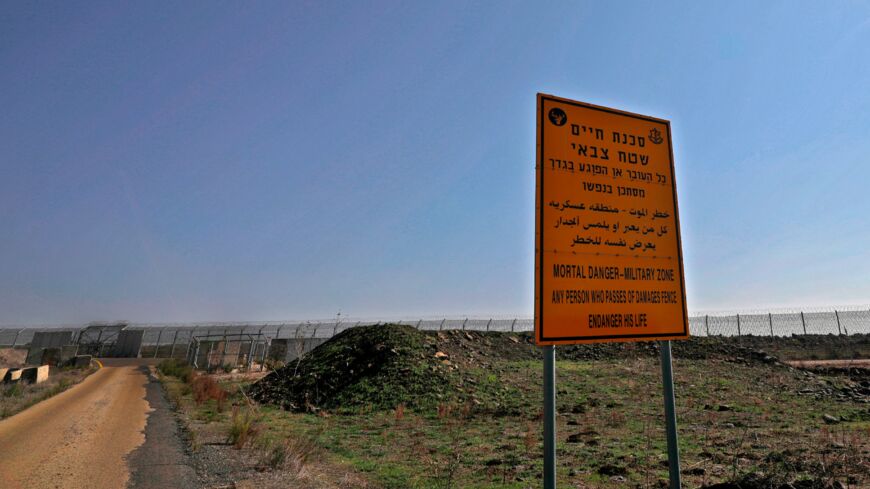 A picture taken on Nov. 18, 2020, from the Israeli-annexed Golan Heights shows the Israel-Syria border. - JALAA MAREY/AFP via Getty Images

Israel fired two missiles from the Golan Heights targeting an empty building south of Damascus at around 12:45 a.m. local time. One of the missiles was downed, and there were no casualties, Syria’s official news outlet SANA reported.

Syria regularly accuses Israel of conducting airstrikes in the country, but Israel typically does not comment on the airstrikes, which typically target Iranian, Iranian-backed and Syrian military forces. Israel views the Iranian presence in neighboring Syria as a threat, given Iran’s threats and support for proxy groups that fight Israel, such as Hezbollah. Iranian and allied forces are in Syria to help the government of President Bashar al-Assad fight rebel forces in the civil war.

There has been a particularly high number of suspected Israeli airstrikes in Syria recently. On Nov. 8, two Syrian soldiers were injured in an aerial attack. Airstrikes also occurred outside of Damascus on Nov. 3. Last month, a Syrian soldier was killed after a strike on a communications tower.