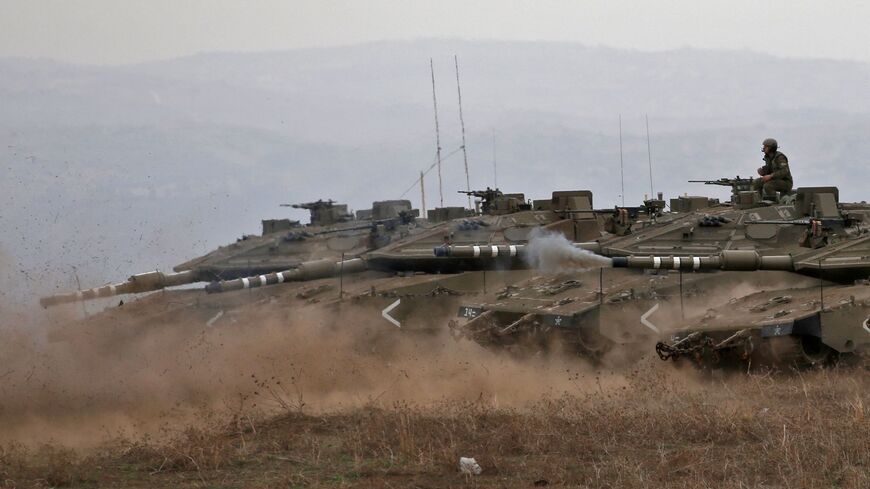 Israeli tanks are seen in action during a military drill near Ramat Trump settlement in the Israel-annexed Golan Heights on Dec. 7, 2021. - JALAA MAREY/AFP via Getty Images

The Syrian military accused Israel of carrying out airstrikes in southern Syria today.

The missile strikes began at 12:50 a.m. local time. The attack came from the Golan Heights and Syrian air defense units claimed to down “most” of the missiles. One soldier was killed and there was material damage, Syria’s official news outlet SANA reported, citing a military source.

Syria regularly accuses Israel of conducting airstrikes on its territory. The attacks target both the Syrian military and Iran-backed forces in the country. The Washington Post reported this week that an airstrike in June targeted sites linked to Syria’s former chemical weapons program.

Israel typically does not confirm its involvement in the strikes, but Israeli politicians have strongly hinted that they are responsible. Israeli Prime Minister Naftali Bennett said last week that Israel is fighting “bad forces” in the Middle East.

Bennett made the comments after Israel reportedly struck a Syrian port on Dec. 7. Israel also allegedly fired missiles into Syria four times in the month of November.

SANA did not report exactly where today’s incident occurred.

Israel views the Iranian presence in neighboring Syria as a threat, given Iran’s support for proxy groups that fight Israel and verbal threats. Iran supports the Syrian government in its civil war against rebel groups. Neither Syria nor Iran typically respond directly to Israel's strikes, aside from the activation of air defenses.