Israel has fired missiles into Syria four times in November alone, according to the Syrian military. 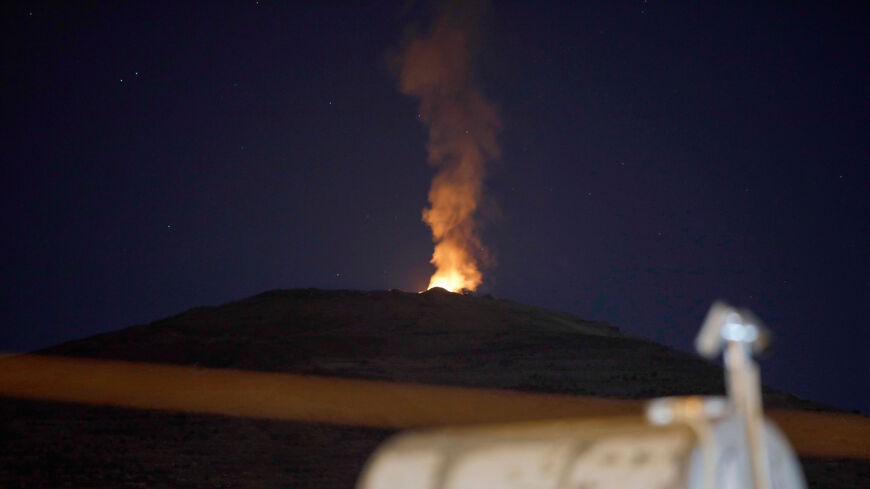 A picture taken on Aug. 17, 2021, from the Druze village of Majdal Shams in the Israeli-annexed Golan Heights shows a fire burning in Syrian territory after a reported Israeli strike. - JALAA MAREY/AFP via Getty Images

Israeli airstrikes in Syria led to civilian deaths and injuries to soldiers early this morning, according to the Syrian military.

Syria regularly accuses Israel of carrying out airstrikes in its territory, though Israel rarely comments on the matter. The suspected airstrikes hit Syrian and Iranian military targets that Israel views as a threat. Israel is particularly concerned about Iran’s support for proxy groups like Hezbollah that fight Israel.

The airstrikes happen intermittently, but there has been a particularly high number of strikes this November. Syria reported Israeli airstrikes on Nov. 17, Nov. 8 and Nov. 3. Two soldiers were injured in the Nov. 8 incident. A soldier was also killed in a strike on a communications tower last month.