A mounting trash crisis in central Tunisia has put the small town of Aguereb, host to the region’s largest landfill, center stage. 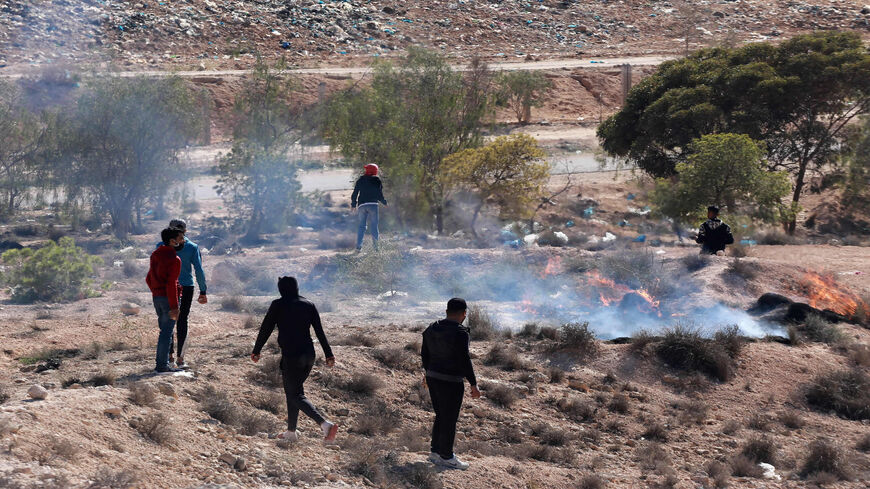 Demonstrators burn tyres during a general strike following the death of a protester and the reopening of a rubbish dump, Aguereb, Tunisia, Nov. 10, 2021. - Anis Mili/AFP via Getty Images

AGUEREB, Tunisia — Aguereb, a small village in Tunisia’s central countryside, was once known for its fresh air, thriving ecosystem and beautiful natural surroundings, home to rare species of flora and wild gazelle.

Now, it is the site of the region’s largest landfill, collecting millions of tons of waste since 2008 that has made life all but unbearable for residents.

For those living close to the dump site, the putrid smell of rubbish, including hazardous industrial waste, can be overpowering, a constant reminder of the growing rot in their backyard.

“There is always a bad smell,” activist Slim Ben Abdallah told Al-Monitor from a cafe in the city center, just 3 kilometers (roughly 2 miles) from the rubbish dump.

“Before, we could breath fresh air and our agriculture flourished. Now, the environment has deteriorated, the quality of our produce has deteriorated and our health is suffering. Many people want to leave because of the pollution,” said Ben Abdallah, who heads a local environmental organization called Magnolia.

Ironically, Aguereb’s landfill is located within a sprawling, 4,700-hectare (18-square-mile) nature reserve designed to protect animal and plant species. Some of that area is now left with polluted rivers, rotten soil and destructive pests, such as noxious insects and wild hogs.

“Aguereb used to be a paradise, but now it is a paradise for pigs,” resident Zobeir Lachheb told Al-Monitor.

Fed-up residents have long been campaigning to close the site, which was originally planned to last just five years. They say it is being used to illegally dump industrial and medical waste, rather than just household refuse, leading to a rise in health problems such as respiratory diseases.

In late September, their activism finally seemed to have paid off, as the Ministry of Environment ordered the landfill closed. However, no clear plan was put in place to reroute the region’s waste, resulting in mounds of trash piling up for weeks in the streets of Sfax, an industrial hub 20 kilometers (12 miles) away.

To resolve the crisis, authorities resorted to reopening Aguereb’s landfill, setting off heated street protests there, with some residents even erecting makeshift roadblocks to prevent trash trucks from moving through.

“We felt neglected, disrespected,” said Lachheb. “They didn’t even tell us personally that they would reopen [the landfill]. We found the announcement on Facebook.”

Demonstrators were met with swift backlash from security forces, who fired tear gas to disperse the crowds. One 35-year old man who inhaled the gas suffered from asphyxiation and later died at a local hospital, according to witnesses and a health worker. This incident ignited another wave of unrest, with young men torching the local police station and the country’s general labor union calling for a day-long strike in the town.

The Interior Ministry denied responsibility, saying the man’s death had “nothing to do” with the demonstrations.

Now, authorities say they are looking for alternatives to the landfill in Aguereb, but there is still no road map. Tunisia’s Ministry of Environment did not respond to emailed questions on the status of Aguereb’s landfill or alternative solutions being discussed by the time of publication.

On Sept. 11, President Kais Saied met with leading activists from Aguereb and promised to resolve the issue “as soon as possible.”

But the town’s residents, tired of empty words and backpedalling from the government, find such promises difficult to believe.

“I can’t trust that the government will follow through on their promises,” said Ben Abdallah. “Where will they put the garbage? There is no other place. They haven’t tried to find any solutions other than landfills.”

“Aguereb is far away, so they don’t care," added Lachheb, who is a relative of the deceased protester. “We are unseen.”

The crisis in Aguereb betrays a deeper problem in Tunisia’s waste management sector, exacerbated by endemic corruption and a lack of investment in sustainable solutions. Each year, the country produces an estimated 2.5 million tons of waste, most of which ends up in open-air landfills without being recycled or treated.

Semia Gharbi, environmental expert with conservation nongovernmental organization Reseau Tunisie Verte and president of the Association of Environmental Education for Future Generations, told Al-Monitor that such pollution can do exponential harm.

“Any toxic point can reach the entire ecosystem — the air, the soil, the water,” Gharbi said. Toxic substances also create new toxicities when they interact with other substances, creating “exponential toxicity.”

“This is a real danger to impacted communities. … Research shows that these types of substances can have [severe impacts] on human health and biodiversity,” she said.

While there are strict regulations on toxic waste management in Tunisia, poor regulatory mechanisms and entrenched networks of corruption make them easier to bypass.

In Aguereb, some private waste management companies are known to illegally dump toxic material, including medical refuse and industrial waste from factories, in the landfill to avoid expensive treatment processes, paying gatekeepers to look the other way.

More powerful officials have also been caught up in scandals. In December 2020, Tunisia’s former environment minister was dismissed and arrested, along with other high-level officials, over the attempted shipment of 282 containers of household and hospital waste, disguised as post-industrial plastic waste, from Italy to Tunisia.

“Dirty scandals haunt Tunisia’s solid waste management sector,” Lana Salman, researcher in urban governance and international development, wrote in a research paper published in April. “[It] is a highly lucrative sector where opacity and corruption are not only endemic but also institutionalized.”

Ultimately, it is everyday people in polluted towns like Aguereb who pay the price. Not only are they fighting for clean, safe environments, but they are looking for respect from central authorities that have long cast them aside.

“For us, the war over the landfill is over. Now we have a war of dignity,” Aguereb resident and activist Hossein Ben Abdullah told Al-Monitor.

Ben Abdullah said, “I want an official solution for the landfills. … It has damaged our health and the beauty of the land. The government should take all the responsibility, not the people. We are not guilty.” 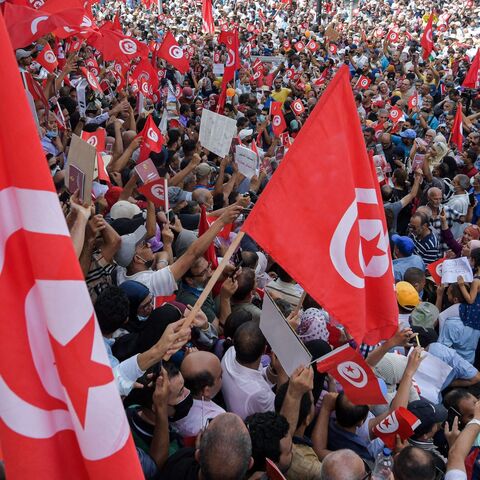 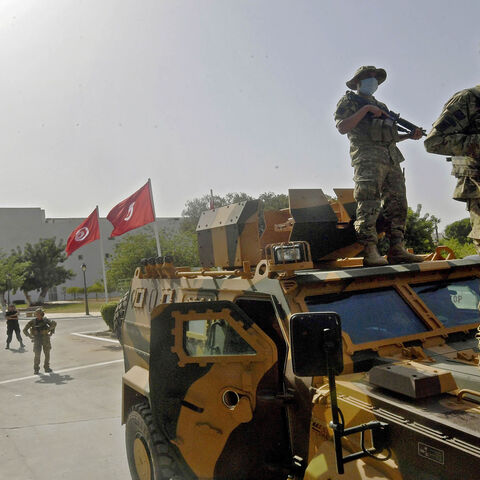 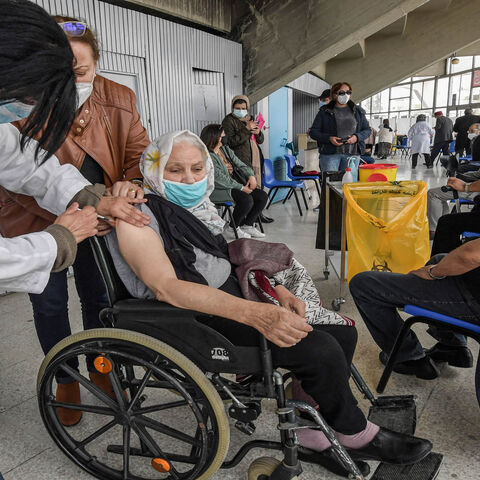