President Michel Aoun’s meetings in Doha focused on Lebanon-Qatar relations, soccer and the crisis between Lebanon and Gulf countries. 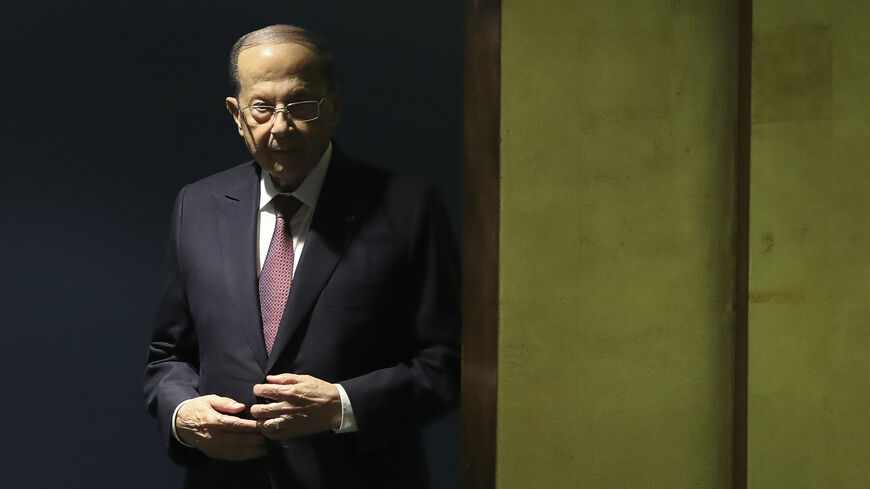 The two leaders also discussed the ongoing rift between Lebanon and other Gulf states, according to Aoun.

“We agreed that this stage requires the Arab countries to stand by Lebanon and on the necessity to overcome any disorder inflicted upon these relations,” Aoun tweeted.

The crisis between Lebanon and several Gulf states began last month when an interview Lebanese Information Minister George Kordahi gave to Qatar’s Al Jazeera aired. In the interview, which occurred before Kordahi joined the government, the minister criticized the Saudi-led intervention in Yemen. Saudi Arabia, the United Arab Emirates, Bahrain and Kuwait all took action against Lebanon as a result, including the expulsion of ambassadors and a stop to imports.

Some reports have suggested that Saudi Arabia and its allies are actually upset with Lebanon over the role of the Iran-backed organization Hezbollah in the country. Relatedly, Qatar helped the United States impose sanctions on a group of men in September who allegedly help finance the Shiite Islamist group.

The Arab League held talks on the rift earlier this month, but the issue remains unresolved.

Aoun’s visit also comes as Lebanon’s economic crisis continues to worsen. The United Nations reported last week that a growing number of children are going hungry in the country.

Aoun was officially in Qatar for the Arab Cup, the official National News Agency reported.