South Sudan stepped in the mediation along with international efforts in a bid to resolve the crisis in Sudan. 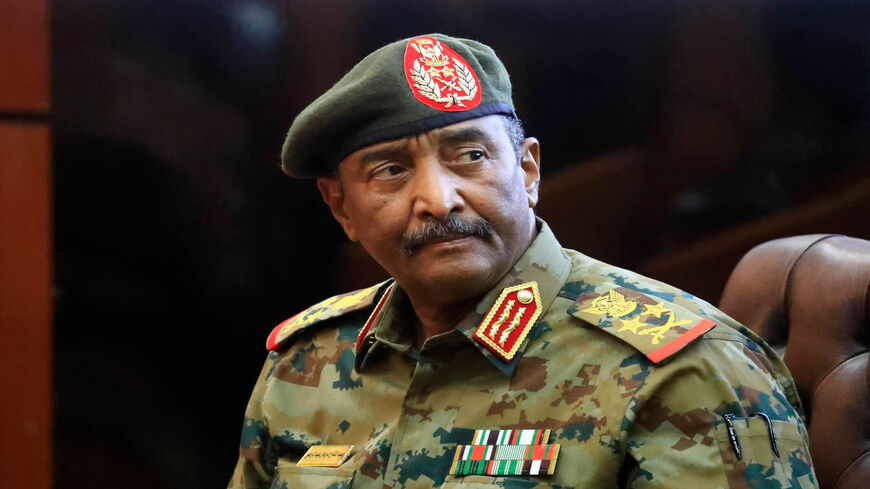 CAIRO — There have been several regional and international attempts to defuse tension in Khartoum, following the Oct. 25 coup by the Sudanese army led by Sudanese Armed Forces Chief Abdel Fattah al-Burhan. The military took power and dissolved the transitional government after arresting Prime Minister Abdalla Hamdok.

South Sudan immediately stepped in as a mediator to resolve the dispute. Tut Galwak, adviser to President Salva Kiir for security affairs, arrived in Khartoum at the end of October at the head of a peace negotiations team and delivered a message to Burhan.

In a press statement, Galwak said that the South Sudan delegation held several meetings, notably with Burhan and Hamdok as well as the Forces of Freedom and Change (FFC).

On Nov. 4, Galwak said that a meeting is anticipated between the dismissed prime minister and the army chief in a bid to reach an agreement, the terms of which would be announced shortly after.

Salah Halima, an Egyptian ambassador and former assistant foreign minister, praised the efforts of the international powers, notably Juba, in calming the situation in Khartoum, stressing that things are heading toward restoring a transitional civil rule and adherence to the Constitutional Charter.

“It appears that the situation in Sudan will not be restored to the pre-Oct. 25 status quo. It is likely to be a civilian-led government as opposed to a partisan government,” Halima told Al-Monitor.

He expects “a partnership between the civilians who will form the government that will be headed by Hamdok, and the Security and Defense Council under the army’s supervision. Both the military and civilian components would manage the daily affairs until the end of the transitional period and the inauguration of parliament and the Supreme Constitutional Court, some judicial bodies and the formation of a civil government."

On Oct. 25 a political crisis broke out in Sudan, threatening the country’s democratic path, when Burhan ordered the arrest of Hamdok, who was detained at his home, as well as a spate of arrests against several ministers and FFC officials — a move that was described as a coup d’etat, prompting the Sudanese to take to the streets calling for the return of a transitional civilian government.

Cairo was absent from signing the Quartet statement, in which Saudi Arabia, the United Arab Emirates (UAE), the United States and the United Kingdom called for the restoration of the civilian government to power in Sudan and the end of the state of emergency.

“Cairo was not absent as some like to say. The statement was issued by the states that were preparing to support Khartoum economically at that time,” Halima said, stressing that Egypt had a clear position in supporting Sudan, stabilizing the situation and standing firmly by the Sudanese people’s choices.

He noted that Egypt stands at the same distance from all parties. “Stability in Sudan is a major concern for Cairo. Egypt’s national security depends on that of Sudan,” Halima added, stressing that there have been unannounced diplomatic contacts between the two countries in relation to the current crisis.

The head of the Supreme Council of the Beja Tribes, Muhammad al-Amin Turk, said in a statement that amid the exceptional circumstances in the country, ports and roads in Port Sudan will be opened for a month until the formation of the new government, after having been closed since Sept. 17.

Hani Raslan, an Egyptian expert in Sudanese affairs, said that Sudan has been facing complete political paralysis even before Burhan’s measures. He explained that sit-ins have been sweeping the east of the country, with roads to Port Sudan cut off, which negatively affected the daily lives of the Sudanese people.

“The economic situation could not get any worse. Burhan’s measures took the crisis to a different level, allowing growing external interference in Sudan’s internal affairs,” he told Al-Monitor. “In all his previous speeches, Burhan stressed the army’s keenness on the democratic transition of power in the country and the completion of the transitional period.”

In an Oct. 31 tweet, Volker Perthes, the United Nations special representative in Sudan, said that he had discussed the parties to the crisis mediation options and a possible way to move forward in Sudan, noting that Hamdok was under house arrest.

“The Quartet statement’s main purpose is to cut off the road for Burhan to economic aid from the Gulf. Riyadh and the UAE shifted positions. After having called for self-restraint and priority to the country’s best interest, the two countries are now calling for the restoration of a transitional civilian government to power in line with Western demands,” Raslan said.

He said, “The statement aims to further pressure Burhan to comply with the terms of a compromise. But at the end of the day, any settlement must be balanced between the demands of the two parties. Pressuring one party into an unbalanced settlement could backfire.”

Raslan noted, “Sudan’s current crisis is a joint responsibility between the two sides. The FFC’s performance was not up to the required level and could not carry out the tasks provided for in the Constitutional Charter, including the formation of the Legislative Council, the Electoral Commission, the constitution, among other tasks.”

He added, “This is not to mention the differences and rifts within the group, which weakened its position. Therefore, the international powers seeking a settlement to diffuse the political tension in Khartoum must come up with an integrated settlement, which would be up to the aspirations of all segments of the Sudanese people, especially since Khartoum could not afford any more failure of any kind.”

In a statement, the UN announced that its Human Rights Council will hold an emergency session on the unstable situation in Sudan. Meanwhile, the United States froze $700 million in economic aid earmarked for the peaceful transition of power in Khartoum, in the wake of the military coup.