Israel’s military has extensive experience with border security surveillance in the West Bank. 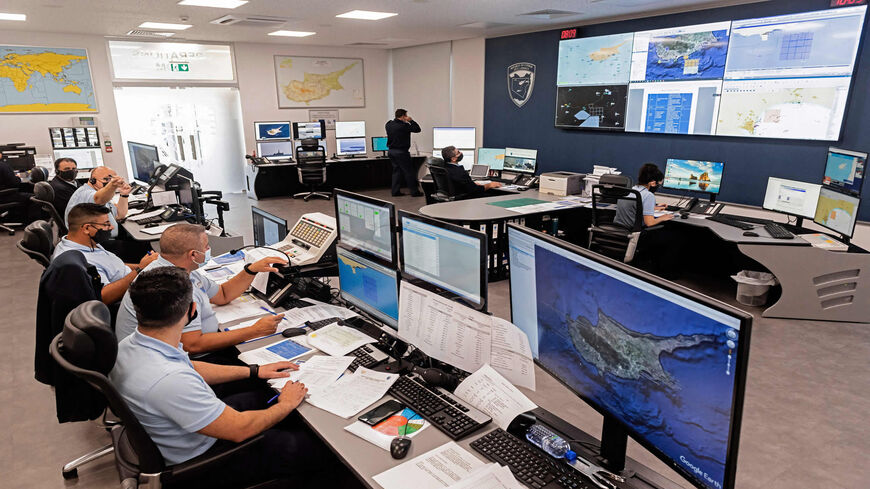 This picture shows operators working at the Joint Rescue Coordination Center during the multinational exercise "NEMESIS 2021," in the coastal city of Larnaca, Cyprus, Nov. 3, 2021. - Iakovos Hatzistavrou/AFP via Getty Images

Israel’s military signed a deal with Cyprus to build a new electronic surveillance system along the country’s demilitarized border with northern Cyprus.

According to Cyprus’ Defense Ministry, the agreement was signed during a visit by the head of the Israeli Defense Ministry’s International Defense Cooperation Directorate, Yair Kulas.

The Mediterranean nation has been militarily and politically divided since 1974, when an invasion by Turkey amid intercommunal violence following a Greek-backed coup split the island in two.

The Republic of Cyprus, in the island’s south, is the newest member of the European Union and is widely recognized by international states. Northern Cyprus is only recognized by Turkey.

The Greek Cypriot south has sought additional security to combat what its government says is an increase in smuggling and illegal migration along the 180-kilometer (112-mile) border.

The buffer zone also includes several gaps of uninhabited areas long used by smugglers, which will soon be monitored via cameras by Cyprus’ national guard in coordination with local police, according to Cyprus Mail.

The government declared a state of emergency in May in response to a flood of arrivals of refugees from Syria to local immigration centers.

The drastic increase in migrants crossing the border has led to a backlog of people left with nowhere to go on the island.

Cypriot Interior Minister Nicos Nouris said last month that the influx of refugees was placing a “severe burden” on the country’s immigration system and that the government should take “drastic” measures to reduce arrivals.

Nouris said some 15,000 migrants whose applications were rejected nonetheless remained in Cyprus because there was no clear EU policy guiding their deportation.

Northern Cyprus has also struggled to manage the inflow of migrants passing through a number of countries in the eastern Mediterranean region.

Israel has expanded defense ties in the eastern Mediterranean in recent years, forging new agreements with both Cyprus and Greece.