Iran willing to continue dialogue with Ukraine over downed plane

Ukraine has demonstrated an “unwillingness” to negotiate on compensation for the families of the victims of Ukraine International Airlines Flight PS752, according to Iranian state media. 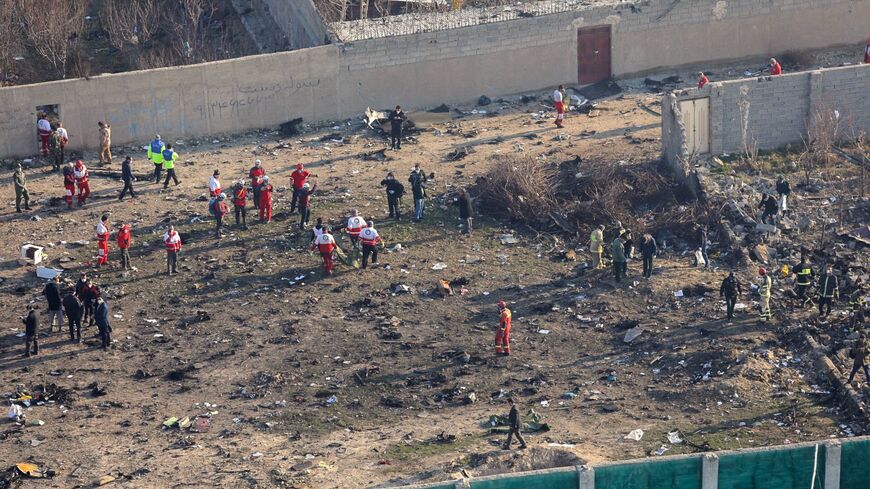 Rescue teams gather at the scene after a Ukrainian plane carrying 176 passengers crashed near Imam Khomeini airport in the Iranian capital Tehran early in the morning on Jan. 8, 2020, killing everyone on board. - ROUHOLLAH VAHDATI/ISNA/AFP via Getty Images

The Iranian government said today that they are willing to continue talks with Ukraine on the Ukrainian passenger plane shot down last year in Tehran.

Iran’s Ministry of Foreign Affairs said in a statement they are “ready to continue with bilateral interactions through the embassies of both sides and arrange meetings between officials from Iran and Ukraine to further discuss the case,” the official Islamic Republic News Agency reported.

Ukraine International Airlines Flight PS752 was shot down by the Iranian military on Jan. 8, 2020, while they were striking US military positions in neighboring Iraq. All 176 people on board perished. Many of them were citizens of Ukraine and Canada, including dual citizens of the Islamic Republic. Iran said the strike was the result of human error and charged several people in relation to the incident.

Iran and Ukraine have been at odds over the incident for some time. In March, the Ukrainian government called Iran’s report on the incident “deceptive.”

Representatives of both countries held talks on compensation in June. The Ukrainian side showed an “unwillingness” to negotiate on the financial settlement, the Iranian Foreign Ministry asserted in the statement. The two sides remain in contact over the issue, according to the Islamic Republic News Agency.

Relatedly, an Iranian military court began hearings into the downed plane last week. A report by the families of the victims likewise from last week asserted that Iranian forces used the passengers as human shields while striking the US military.