Omar Souleyman is accused by Turkey of being a member of the outlawed Kurdistan Workers Party, aka PKK. 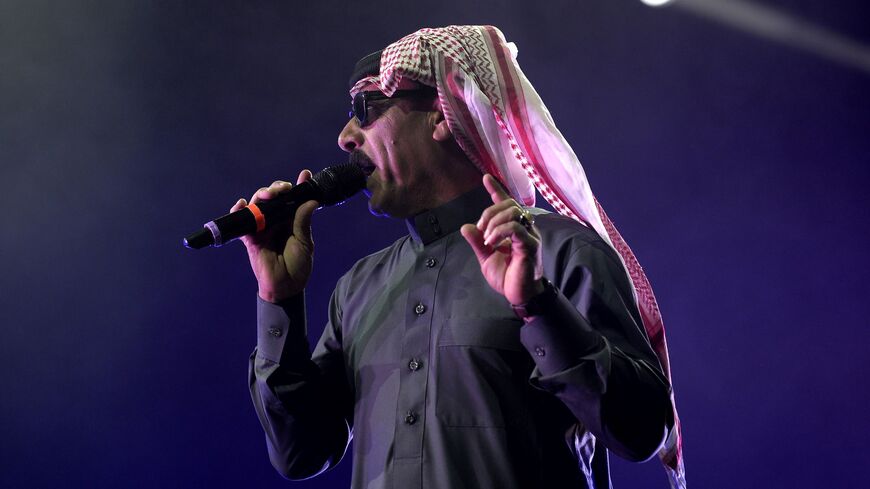 Renowned Syrian singer Omar Souleyman has been arrested in Turkey for supposedly being a member of the Kurdistan Workers Party (PKK), Turkish media reported today.

Souleyman was arrested in the southeastern Sanliurfa province, which is located on the Syrian border. Turkish authorities sought to arrest him on suspicion of being a member of the PKK and the Democratic Union Party (PYD) in Syria. The evidence is that he allegedly gave a speech in Germany several years ago praising imprisoned PKK leader Abdullah Ocalan, Ihlas News Agency reported.

The arrest was widely reported in Turkish media today.

Souleyman is a famous Arab singer from Tel Tamer in northeast Syria. He left his country for Turkey after the start of the Syrian civil war in 2011. Souleyman primarily sings in Arabic, but his Kurdish-language song “Warni Warni” is one of his biggest hits, and has more than 94 million views on YouTube. Souleyman is not overtly political, and many of his songs address romantic themes.

Turkey and the United States consider the PKK a terrorist organization. More than 5,000 people have been killed in the Turkey-PKK conflict since a cease-fire broke down in 2015. Both Turkey and the PKK have been accused of attacking civilians.

The Turkish government frequently arrests people on terror charges, accusing them of belonging to the PKK. The arrests have  targeted members of the People's Democratic Party (HDP). The opposition party denies being part of the PKK, and the arrests have been widely condemned by human rights watchdogs.

The PYD is the major Kurdish political force in northeast Syria, and leads the Autonomous Administration of North and East Syria. The PYD and its armed wing, the People's Protection Units (YPG), share the ideology of the PKK, but deny direct links. The YPG leads the Syrian Democratic Forces (SDF), which is the main military force in northeast Syria. The United States supports the SDF in the fight against the Islamic State.

The Turkish governmentregards the PYD as the Syrian branch of the organization. In 2019, Turkey invaded parts of SDF-controlled northeast Syria, and President Recep Tayyip Erdogan is now threatening to do so again. Turkish-backed Syrian rebel forces also regularly clash with the SDF.