For the first time in history, Egypt appointed Egyptian diplomat Moushira Khattab to lead the National Council for Human Rights, 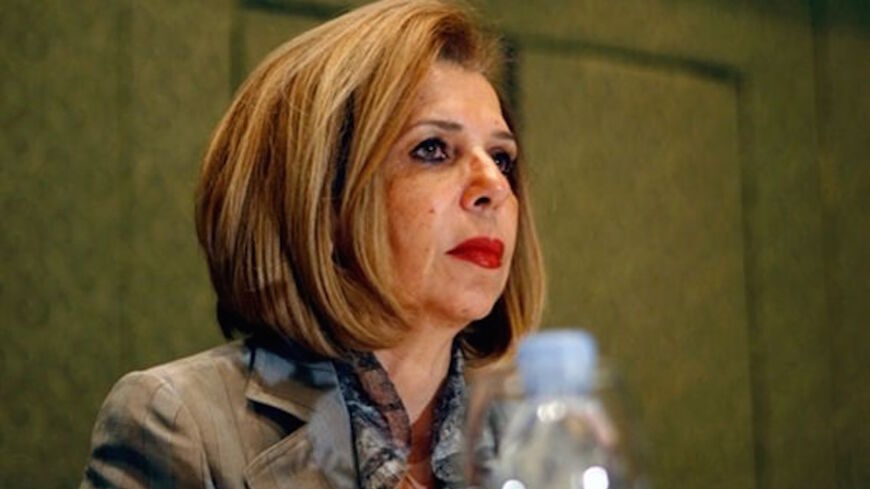 CAIRO  — The Egyptian parliament announced Oct. 4 the formation of the National Council for Human Rights headed by Ambassador Moushira Khattab, according to Law No. 97 of 2017. The new council is expected to start working once Egyptian President Abdel Fattah al-Sisi approves its new formation to the council.

Under the Egyptian Constitution and laws, the National Council for Human Rights is an independent council that aims to promote human rights and public freedoms in accordance with constitutional provisions, in light of international conventions, covenants and charters ratified by Egypt. The council will aim at consolidating their values, raising awareness of these rights and contributing to their implementation.

On Oct. 25, Sisi announced ending the state of emergency that has been in place for more than four years, considering that Egypt has become “the region’s oasis of security and stability,” days after he launched the National Human Rights Strategy on Sept. 11, and after parliament announced the new formation of the council.

Since the end of the Muslim Brotherhood’s rule in 2013, the United States, European Union and human rights organizations have accused the Egyptian authorities of violating human rights, arresting oppositionists, restricting freedoms and imprisoning thousands of detainees, which the authorities deny.

Al-Monitor tried to contact Khattab but to no avail.

George Isaac, a new member of the National Council for Human Rights, talked to Al-Monitor by phone about the council's agenda, saying that the formation of the council will further help the latter assume an oversight role more effectively in order to enhance the human rights situation in a way that befits Egypt’s value as a pivotal country in the region.

He noted that many of the council’s new members support adopting a draft to amend pretrial detention-related provisions in the Code of Criminal Procedure. It is unacceptable, according to him, to detain those who express their opinion. Seminars and conferences in this regard will be held once the council starts its work, in a bid to explain the importance of these amendments. He added that there will be significant cooperation with the parliamentary Human Rights Committee to approve the necessary legislation in order to release pretrial detainees.

Isaac said that another priority for the council is to activate the council’s complaints committee to investigate all external and internal human rights complaints, and to communicate with the authorities in charge to end any injustice and counter any violations.

He added, “We will be open to the world and international organizations, and we will lead serious investigations into the complaints they send. We will always communicate with everyone because the goal is to serve the interest of Egypt and its people.”

Commenting on selecting Khattab as the first woman to head the council, ending the state of emergency and the launch of the national strategy for human rights, Isaac said that these developments are positive and other steps will hopefully follow suit, mainly the release of pretrial detainees, and wider civil space for the opposition, freedoms and civil society.

Commenting on the new prison complex in northern Egypt, which was inaugurated Oct. 29, Isaac said that the council will include this prison in its first visits because it is a priority for the council to check whether the law is being implemented.

Negad al-Borai, a lawyer and human rights activist, said that the appointment of Khattab as head of the National Council for Human Rights is appropriate, given her experience, qualifications and skills, and added that it does not give an indication about the human rights situation in the future. He noted that one should wait for the council to start its work before making judgments.

He told Al-Monitor, “The law and the constitution guarantee the independence of the council. Although its advisory role is limited to making recommendations, everything else is in the hands of the Egyptian authorities. Therefore, the way the authorities cooperate with the council will determine how effective its role is. We will have to wait and see because we can't predict the future.”

Borai said, “A number of pretrial detainees were released recently. This is a good thing. We hope that all pretrial detainees will be released, we hope for wider civil space for civil society, the opposition and freedoms and tangible progress in the human rights situation.”

Commenting on ending the state of emergency and the launch of the national strategy for human rights, he noted that they are good issues, but they remain mere promises until they are practically implemented on the ground.

Tariq Radwan, head of the parliamentary Human Rights Committee, said that choosing the first woman to head the National Council for Human Rights underscores the Egyptian state's orientation to empower women, which has been ongoing since 2014. He told Al-Monitor by phone that it is also a continuation of women’s access to high positions for the first time, whether in the government, executive agencies and specialized councils. Women make up 27% of the House of Representatives and the Senate.

He noted that there is no conflict between the parliamentary Human Rights Committee and the National Council for Human Rights, but rather they complement each other in order to promote the culture of human rights in society and assume a supervisory role over the executive authority to the fullest.

Radwan added that the launch of the national strategy for human rights, the end of the state of emergency and the opening of the new prison complex express the Egyptian state’s desire to promote the human rights situation, including the right to a house, health care and education, and it is not limited to political rights.