Five more were injured, making the number of young casualties Sunday the most since the Houthi offensive began in February. 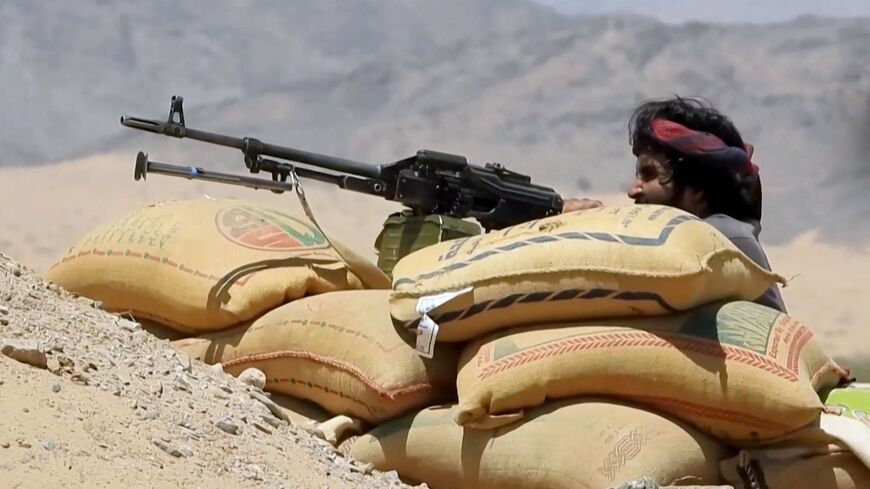 A Yemeni pro-government fighter fires at the Iran-backed Huthi rebels as they inch closer to the strategic city of Marib on Sept. 27. Sixty-seven Yemeni rebels and pro-government troops have been killed in fighting for the city, military sources said, as the insurgents inch closer to the loyalists' last northern bastion. - AFPTV/AFP via Getty Images

The two siblings, aged two and four, were killed during fighting in the area. Five children were also injured there, including a seven-month-old baby. Some of the injured are in critical condition, according to the United Nations’ children agency UNICEF.

“Attacks on civilians including children are a violation of international humanitarian law. UNICEF calls on those fighting in Ma’areb and across Yemen and those with influence over them to protect children,” regional director Ted Chaiban said in a statement sent to media outlets.

Yemen’s Houthi rebels began an offensive against the government-held Marib east of the capital Sana’a in February. The fighting is still raging, and 67 fighters were killed in a 24-hour period earlier this month. A UNICEF spokesperson told Al-Monitor on Monday that the young casualties Sunday were the most since the February escalation.

The Yemeni civil war began in 2014 between the government, which is supported by a Saudi-led military coalition, and the Iran-backed Houthi forces. Both sides have been accused of war crimes and human rights abuses.

The conflict is regularly described as the world’s worst humanitarian crisis. The war has also been particularly bloody in the southern Shabwa governorate recently, where 35 fighters from both sides were killed last week. In addition to the war and its associated displacement and famine-like conditions, Yemen is struggling to contain the coronavirus. Most of the country has not been vaccinated, despite pleas for vaccine donations from the government.