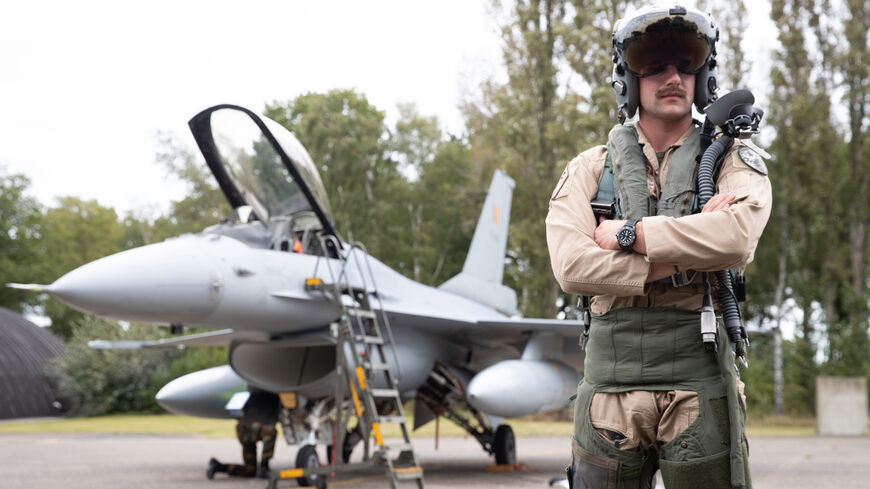 This illustration picture shows the pilot of an F16 fighter jet after a press conference at the military air base in Kleine-Brogel, Belgium, on Oct. 1, 2021. - BENOIT DOPPAGNE/BELGA MAG/AFP via Getty Images

Turkey has requested to purchase 40 US-made F-16 fighter jets and dozens of modernization kits for aircraft it already owns, according to reports in both the Greek and the Turkish press.

News of the request, which has not been publicly confirmed by the US State Department, comes just days after Turkey’s President Recep Tayyip Erdogan said his government was planning to expand defense ties with Russia.

The United States kicked Turkey out of the F-35 Joint Strike Fighter program in 2019 after NATO ally Ankara purchased Russia’s S-400 air defense system. US officials have said the Russian hardware poses a threat to the security of the technology included in the Lockheed-Martin-made F-35.

Erdogan has increasingly sought to play on his relationship with Russia to gain concessions from Washington, but the current US administration is having little of it.

During the UN General Assembly summit last month the Turkish president failed to achieve a desired meeting with President Joe Biden, but the two are expected to speak face to face at the end of October at the G-20 summit in Rome.

Ties between the two allies have reached a nadir since the S-400 purchase. US support for Kurdish-led militias in Syria amid the multinational war against the Islamic State only worsened matters with Ankara, which considers the fighters to be terrorists and fears greater Kurdish autonomy.

The latest multi-billion-dollar arms request would likely proceed smoothly under normal circumstances, but Erdogan’s policies, including on domestic human rights, have aroused unprecedented opposition in Congress.

Lawmakers from both parties have encouraged the Biden administration to take a tougher stance towards Ankara, pushing it into a delicate balancing act with its NATO ally on the Bosporus.