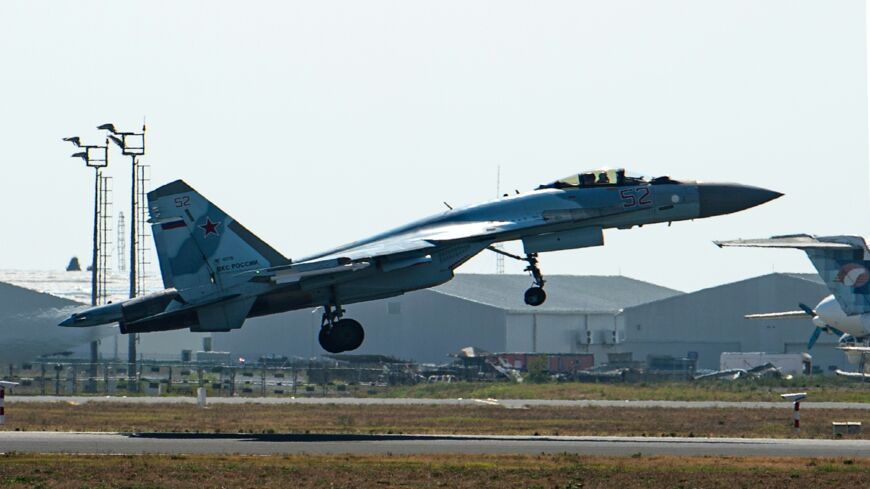 A Russian Sukhoi Su-35 fighter takes off during an air show at Teknofest at Ataturk Airport in Istanbul on Sept. 17, 2019. - YASIN AKGUL/AFP via Getty Images

Turkey’s President Recep Tayyip Erdogan expressed optimism on Thursday that his government would recover the $1.4 billion it put toward acquiring Lockheed-Martin’s F-35 Joint Strike Fighter jet amid talks with the United States.

“We will get this $1.4 billion of ours one way or another,” state-owned Anadolu News Agency quoted Erdogan as telling journalists on a flight returning from an official visit to West Africa.

Why It Matters: The US government expelled Turkey from a club of nations allowed to purchase the F-35, the latest-generation fighter jet for the United States and its NATO allies, in 2019 after Ankara also purchased Russia’s S-400 missile defense system.

Turkish officials demand the F-35s be delivered or Turkey be reimbursed.

What’s Next: Erdogan said Thursday he plans to discuss the issue with President Joe Biden on the sidelines of the G-20 summit in Rome on Oct. 30.

“I believe we will make progress,” the Turkish president said.

Erdogan said earlier this week the US administration proposed the sale to compensate for Turkey’s $1.4 billion loss, but State Department spokesperson Ned Price subsequently challenged that assertion, saying there was yet no agreement on financing for Ankara’s hardware request.

Without the F-35s, Ankara needs to maintain its aging F-16 fleet until it can mass produce indigenous fighter jets or find another alternative.

Earlier this week, the head of Turkey’s state-run defense acquisition oversight body, Ismail Demir, suggested his government could buy Russian Su-35s and Su-57 jets if the F-16 deal falls through.

Erdogan also recently boasted earlier this month about chatting with Russian President Vladimir Putin about greatly expanding defense ties with Moscow — a move that would be a major affront to NATO.

The F-35 dispute has played a central role in dragging US-Turkey relations to its lowest point in decades, even as Washington needs Ankara as a NATO ally amid renewed tensions with Russia and Iran in recent years.

Know More: Check out Amberin Zaman’s in-depth interview with Alan Makovsky, one of the foremost experts on US-Turkey relations, on the future of the NATO partnership.