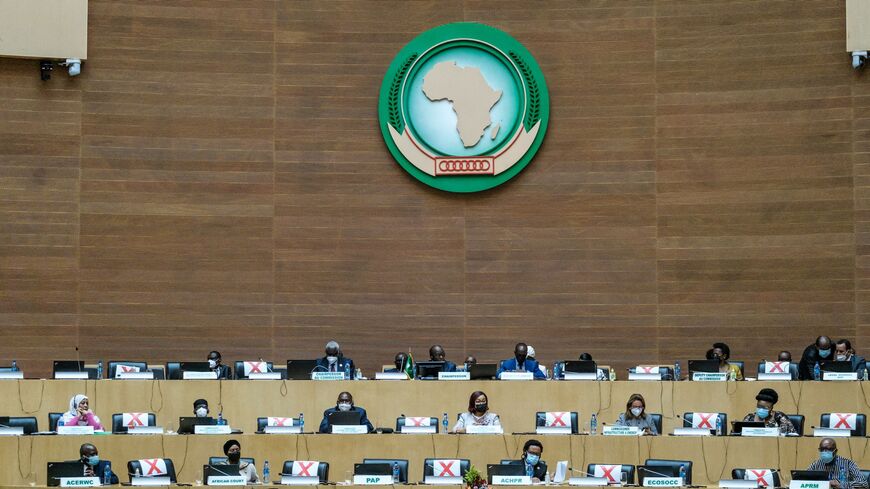 Representatives to the African Union sit during the opening ceremony of an Executive Council session in Addis Ababa, Ethiopia, on Oct. 14, 2021. - EDUARDO SOTERAS/AFP via Getty Images

The Palestinian Authority asked the African Union on Thursday to revoke Israel’s observer status in the organization.

Palestinian Foreign Minister Riyad Malki wrote a letter to the AU Executive Council, which is currently meeting in Ethiopia. He said Israel “must be held accountable and exposed, not rewarded and accommodated” and urged them to reverse the decision to grant Israel observer status, the PA’s WAFA news agency reported.

“The withdrawal of Israel’s Observer Status is a necessary validation of the African Union’s commitment towards its broader anti-colonialism and anti-apartheid political strategy,” wrote Malki.

The AU granted Israel observer status in July. An Israeli diplomat told Al-Monitor at the time that Israel hoped to cooperate with African states on health, agriculture, security, fighting COVID-19 and other issues via the union.

Israel is not in Africa, but borders Egypt’s Sinai Peninsula. Israel has had diplomatic relations with Egypt since 1980 as a result of the US-brokered Camp David Accords and with Morocco since 2020, thanks to the US-mediated Abraham Accords. Israel and Sudan are also taking steps to normalize ties under the Abraham Accords.

Israel also has a sizeable population of Jewish immigrants from Ethiopia.