While opposition mounts to the African Union Commission’s decision to grant Israel observer status at the AU, Egypt has yet to officially comment on the move. 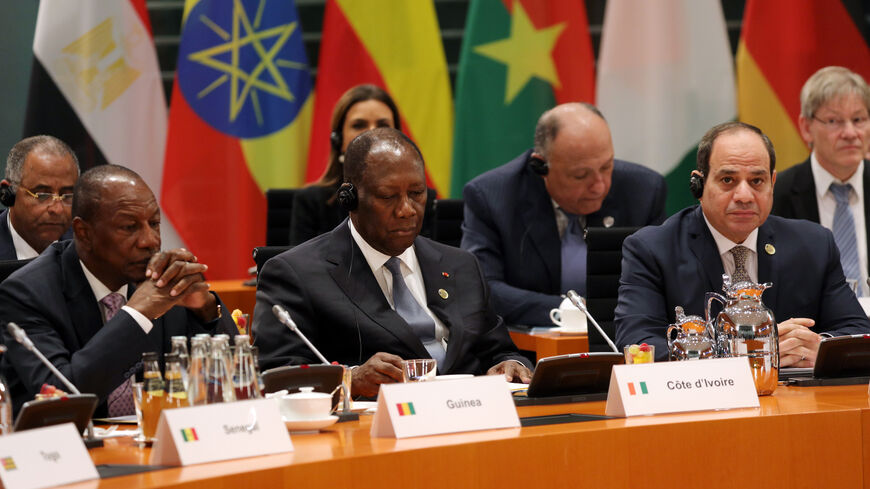 CAIRO — Cairo has yet to express a position on the African Union Commission’s decision to grant Israel observer status in the African body on July 22. Some other African countries have condemned the sudden move that was made without consultation with member states.

The Egyptian Foreign Ministry has not officially commented on the AU Commission’s decision. Speaking to Al-Monitor on condition of anonymity, an Egyptian diplomatic source close to the AU said, “It seems the African atmosphere is now ready to accept Israel at the AU, and the resolution will most likely be approved with a majority of votes.”

“There are a number of diplomatic and political considerations influencing the Egyptian position,” the source added. “These factors have nothing to do with Egypt’s firm position on the Palestinian cause and with defending of the rights of the Palestinians in any regional and international forums.”

The source said, “There are Arab and African efforts to mobilize a counter-vote among AU member states, dissuade the AU Commission from its decision, suspend the matter until the upcoming African Summit and prevent this measure from affecting the positions of the African countries on any vital and strategic files, especially peace and security and disputes in Africa.”

Algeria and Namibia joined South African in denouncing the AU decision as “unjust and unwarranted.”

In a July 28 statement, South Africa’s Department of International Relations and Cooperation said the AU made the move “unilaterally without consultations with its members. The decision to grant Israel Observer Status is even more shocking in a year in which the oppressed people of Palestine were hounded by destructive bombardments and continued illegal settlements.”

The statement went on, “As long as Israel is not willing to negotiate a peace plan without preconditions it should not have observer status in the African Union.”

Israel had repeatedly requested observer status in the AU since it lost it with the dissolution of the union's predecessor, the Organization of African Unity, in 2002. However, those requests have been denied, with Arab states opposing its influence on the African continent. The AU Commission’s South African former chair refused since 2012 to consider granting Israel observer status at the African body. But Chadian Moussa Faki Mahamat being appointed chair of the AU Commission in 2017 and Israel restoring relations with Chad in January 2019 changed the equation.

Palestine was granted observer status in the AU in 2013. President Mahmoud Abbas, representing the Palestinian Authority, regularly speaks at the annual African summits to mobilize African support for the Palestinian cause, events that are usually followed by AU statements stressing the need to bring about peace and stability in the region by ending the Israeli occupation and establishing an independent Palestinian state with east Jerusalem as its capital.

Imad Gad, a former parliament member and current researcher at Al-Ahram Center for Strategic Studies, told Al-Monitor, “I don’t think that Egypt will object to Israel being granted observer status at the AU,  particularly since there is a peace treaty with Israel. Also, any AU vote will be in favor of the decision. Egypt’s national interests now require not to object to Israel being granted observer status.”

Gad added, “The situation is now in favor of Israel, especially following the Abraham Accords reached with Morocco, Sudan and Chad. This is why Arab North African countries, including Egypt and Libya, will most likely not oppose the AU decision.”

Many studies, opinion pieces and analyses have emerged from Egyptian universities and think tanks highlighting the dangers of Israel's agenda in the African continent. They warn it is not in line with Egypt's strategic interests, especially in the Red Sea and the Nile River Basin, perhaps aiming to prevent further development of ties between Israel and Egypt, the first Arab country to establish any.

Gad said, “Although signs indicate that the Israeli moves are hostile to Egyptian interests in Africa, the next stage requires cooperation and understanding in order to serve mutual interests.”

Commenting on the anticipated challenges that Israel’s observer status at the AU may present to Egypt, Bahaa al-Din Ayyad, a researcher in international relations and national security affairs, told Al-Monitor, “Israel’s access to the AU could open the door for its participation in initiatives to counter terrorism and internal conflicts in East and Central Africa and the Sahel and Sahara regions. That would allow Israel to gain access to information and influence African decisions, which might not necessarily be in favor of Egypt.”

Ayyad added, “The Israeli-Egyptian competition over influence in Africa did not start with Israel joining the AU. Egypt is aware of the danger of the Israeli moves, especially in the Nile Basin, where Israel has been sending weapons and building security and strategic relations with the countries there in a major challenge to Egypt. This could evolve into Israeli participation in initiatives or institutions of the Nile Basin countries.”

Ayyad noted, “Egypt does not seek to impose tutelage in Africa, which was made clear in its positions on Sudan’s and Morocco’s normalization agreements with Israel.” However, he said, “The Israeli presence in Africa will increase international and regional competition, especially between key Middle Eastern players.”

Cairo is working through several issues with the AU, including the Grand Ethiopian Renaissance Dam (GERD) dossier. The AU mediation efforts to resolve the GERD crisis between Egypt, Sudan and Ethiopia have failed so far and Ethiopia has not been pressured to sign a binding and comprehensive agreement on the GERD filling and operation. Israel’s efforts to advocate for Ethiopia through its membership in the AU would create another challenge for Egypt.