Iran’s oil minister said if sanctions targeting his country’s lifeline crude are lifted, the Islamic Republic will have every capability to tackle the world’s energy supply shortages. 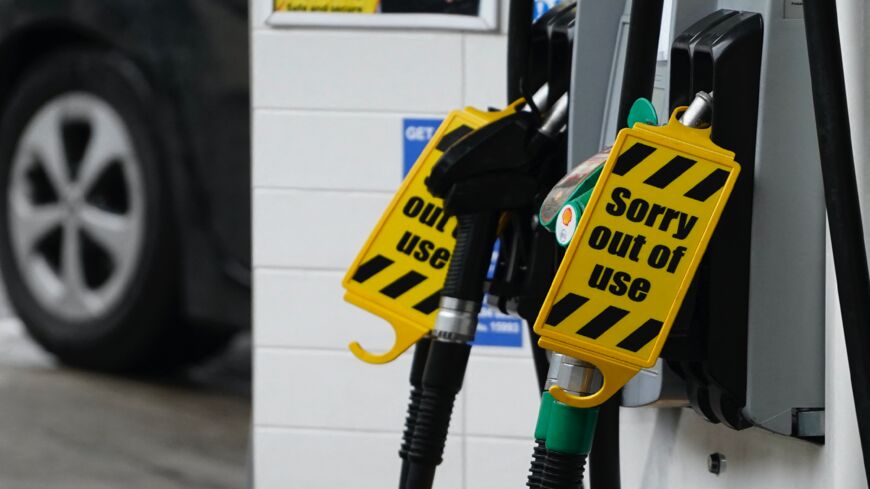 "Out of Use" signs are displayed on the fuel pumps at a filling station in Baker Street, central London, on Oct. 2, 2021. - NIKLAS HALLE'N/AFP via Getty Images

“Iran is ready to resolve the ongoing fuel crisis in the world and make up for the shortages,” declared Iranian Oil Minister Javad Owji. To that end, he said, the United States ought to lift onerous sanctions that have targeted the Islamic Republic’s vital oil industry.

Owji made the comments following a virtual meeting of OPEC. His statement referenced fuel shortages, which have hit the United Kingdom particularly hard in recent weeks amid soaring prices and long queues at petrol stations across the country.

The Iranian minister advised Western “decision-makers to learn the lesson” and help with the crisis by lifting “unlawful and unjust” sanctions on Iranian crude.

Iran’s political and ideological frictions with the West have in the past four decades left a massive toll on its oil industry at different intervals. Despite a brief period of respite opened up by the Iran nuclear deal in 2015, the sector felt the deepest pain after the American departure from the agreement in 2018. Exercising his “maximum pressure” policy, then-US President Donald Trump went out of his way to bring the Iranian economy to its knees by imposing hefty penalties on most nations interacting with Iran’s oil industry.

With Iran’s economy largely dependent upon its oil, those sanctions have squeezed the national revenue and dwindled the public’s purchasing power. According to Owji, they have even affected other nations that have had to “pay the price for this absurdity.” He did not elaborate further but noted those measures are now “bouncing back” on the very states that imposed them on Iran.

In the wake of the recent fuel shortages in the UK, Iran’s state broadcaster and other hard-line media outlets have given extensive coverage to the “crisis,” highlighting the UK government’s “mismanagement,” “the public panic” and gas station “brawls.”

As Owji addressed the global fuel problems and offered Iranian solutions, however, local officials in the capital, Tehran, and the central city of Isfahan were already raising concern about vanishing domestic supplies. A senior official at Tehran’s governorate said the province will be facing “fundamental” issues as it faces a daily shortage of 150 million cubic meters of natural gas.

Earlier, a spokesperson for Iran’s Energy Ministry sounded the alarm on the shrinking gas feed for the country’s power plants and a looming repeat of nationwide power outages that hit many provinces for several consecutive weeks during the scorching summer, drawing public rage and death shouts against Islamic Republic officials.