There has long been a degree of solidarity between supporters of Kurdish autonomy and Catalan nationalists. 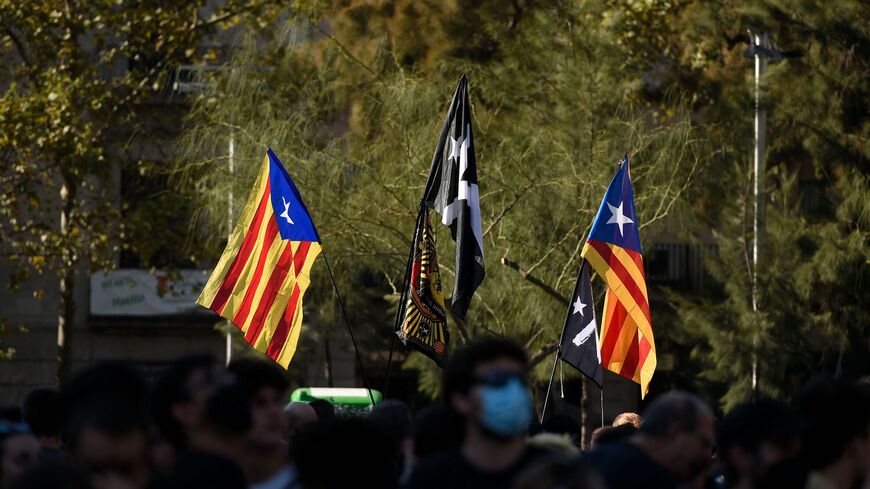 “We offer sincere thanks to the friends in the Catalonia region and reaffirm our appreciation for their historical position,” the Autonomous Administration of North and East Syria said in a press release.

The parliament of Catalonia in the eponymous autonomous region of Spain voted on Wednesday to recognize the Autonomous Administration of North and East Syria as a political entity. Various pro-Catalan independence parties supported the resolution.

The Autonomous Administration governs northeast Syria. The region is led by the Democratic Union Party, which supports Kurdish autonomy. The population consists of Kurds, Arabs, Turkmens, Assyrian-Chaldean-Syriac Christians and others. The administration’s military force, the Syrian Democratic Forces, is backed by the United States. The region has limited recognition from Damascus and largely governs itself.

Catalonia in Spain likewise has autonomy from the central Spanish government, and support for independence is strong there. In contrast, Kurdish parties in Syria are calling for autonomy and not outright independence.

There has long been a degree of solidarity between Catalan nationalists and supporters of the Kurdish cause. Catalonia and the Kurdistan Region of Iraq both held independence referendums in 2017. Then-Catalan President Carles Puigdemont congratulated his Kurdish counterpart Massoud Barzani for the vote at the time.

Catalan politicians have demonstrated support for the Autonomous Administration as well. A Catalan delegation visited northeast Syria in June to explore cooperation and there was a similar visit in January, according to the Rojava Information Center research group in northeast Syria.