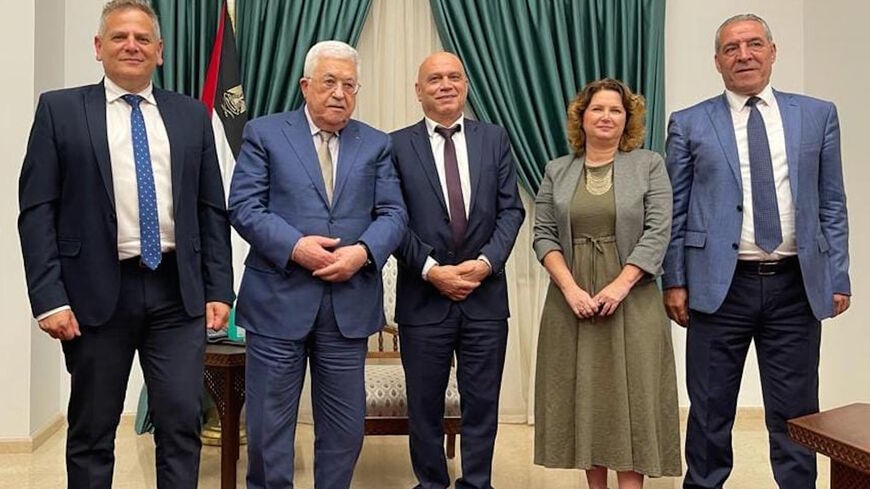 The encounter was the second such meeting to take place between senior Israelis and Palestinians since the formation of the Bennett government. Defense Minister Benny Gantz had met with Abbas in Ramallah last August, in a first high-level Israeli meeting with the Palestinian leader in almost a decade. After their meeting, Gantz announced a series of goodwill gestures to aid the Palestinian Authority (PA). Horowitz, Freij and Environmental Protection Minister Tamar Zandberg had held a number of meetings with Palestinian counterparts and senior PA officials in recent months, for establishing cooperation in different domains, including the coronavirus pandemic.

Horowitz said after the Oct. 3 meeting with Abbas that his party was working to “keep the two-state solution alive” within Israel’s current government. “Do not let it disappear, and do not sabotage the chance of reaching it in the future, because there is no other solution,” he noted. Horowitz also tweeted, “We have a common mission: to maintain hope for peace, based on the two-state solution. Because there is no other solution. Tonight in Ramallah, with the president of the Palestinian Authority, we took another step to deepen cooperation with our closest and most important neighbors.”

Rozin, who also serves as chairwoman of Meretz, said, "We came here [to Ramallah] openly, we did not hide, on the contrary, we came proudly. We will do all that is necessary to advance the two-state solution in order to build the practical foundations for peace."

According to Meretz, Abbas thanked Horowitz for his ministry’s assistance amid the pandemic, saying, “We live together. When the Palestinians are free of the coronavirus, the Israelis will be free and vice versa.” He then added, "We don't have to agree with one another, we just have to talk."

A report by Israeli news site Walla! revealed that Abbas told the Israeli ministers, "Tell [Interior Minister] Ayelet Shaked that I want to meet her. Why are they afraid to talk to me? Let her come and say whatever she wants and I will listen. I know she has very tough opinions, but even if we agree on even 1% it will be progress." The report also said Abbas was interested in meeting with Prime Minister Naftali Bennett, quoting Abbas as saying, "We know there will be no political negotiations but let's meet and talk about what is possible, even if we do not agree on anything."

Right-wing Shaked had announced in the past that Bennett has no intentions of meeting with Abbas. On Oct. 3, she rejected Abbas’ call for a meeting, tweeting, "It will not happen. I will not meet with a Holocaust denier who sues Israel Defense Forces soldiers in The Hague and pays murderers of Jews."

Bennett did not react to the publications ahead of the meeting (about the encounter being set) nor after it took place. After Gantz met with Abbas, Bennett clarified he will not take that path. "My perception is different than that of the defense minister, although we work in harmony. I oppose a Palestinian state and I think it would be a grave mistake to import the failed Gaza model of Hamas that shoots rockets at us, and turn the entire West Bank to that. I see no logic in meeting Abbas when he is suing our soldiers in The Hague and accuses our commanders of war crimes. In my opinion, the PA is a failed entity." Still, Bennett did not object Israel taking economic measures in favor of the PA.