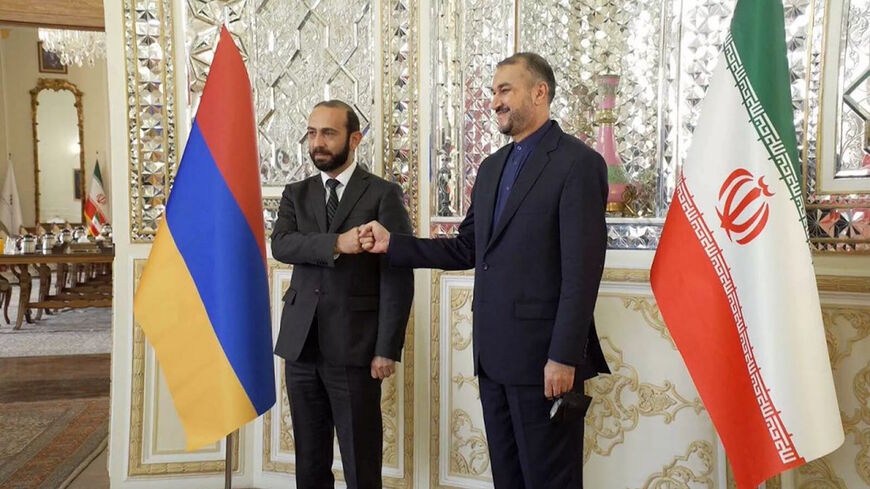 The Iranian and Armenian foreign ministers met in Tehran on Monday.

Iran’s Hossein Amir-Abdollahian discussed bilateral relations with his Armenian counterpart Ararat Mirzoyan, who is on a two-day trip to Iran. They also spoke about roads connecting Iran and Armenia as well as Armenia’s conflict with Azerbaijan, according to the official Islamic Republic News Agency.

Iran and Armenia share a land border and have longstanding ties. Iran also has a sizable Armenian community. Moreover, many Iranians traveled to Armenia this summer to get vaccinated against COVID-19 amid a slow vaccine rollout in Iran.

Armenia and another Iranian neighbor, Azerbaijan, fought a war last year over the disputed Nagorno-Karabakh region. The conflict ended in a victory for Azerbaijan, which was heavily supported by Turkey. Iran stayed neutral during the war, and attempted to mediate a cease-fire.

The meeting followed recent tensions between Iran and Azerbaijan. Last week, Iran held a military drill near the Azerbaijani border, despite public objections from Azerbaijan.

Iranian Foreign Ministry spokesman Saeed Khatibzadeh said after the meeting that Iran has good relations with both Armenia and Azerbaijan, the Islamic News Agency reported.