Iran presumed behind attack on US outpost in eastern Syria

Drones that targeted US forces in the Syrian desert in late October were allegedly Iranian. 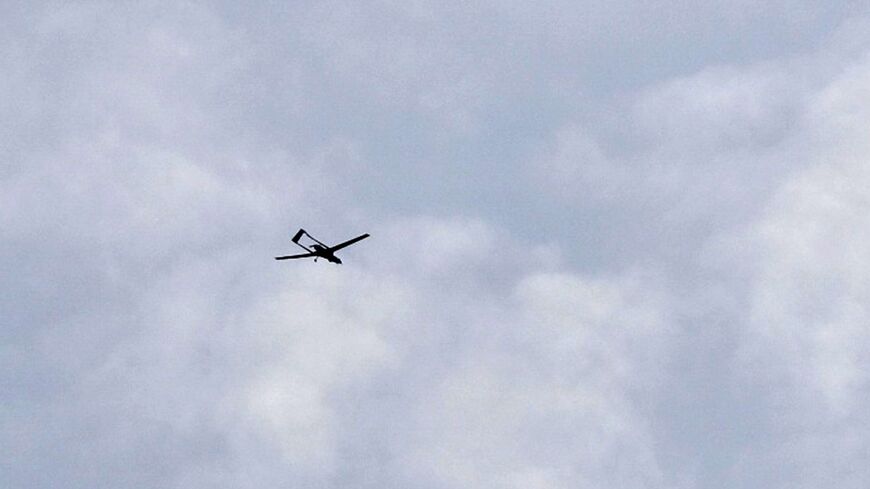 A picture taken on Feb. 20, 2018, shows a Turkish-made drone flying over the sky in the northern Syrian region of Afrin. - GEORGE OURFALIAN/AFP via Getty Images

US officials believe that Iran “resourced and encouraged” an October 20 attack on a military outpost housing US forces in the eastern Syrian desert which involved drones carrying explosive charges and “indirect fire,” possibly rockets.

A local source from Syria’s Deir al-Zor region told Al-Monitor that four drones had been launched on Oct. 20 from what appeared to be a civilian area between 15 and 20 km west of the city of Albu Kamal in Deir al-Zor.

The source said that those present at the launch included both Iranian Islamic Revolutionary Guards Corps (IRGC) officials and Syrian government officers from the 4th Armored Division, which is believed to be close to Iran-supported armed groups and Hezbollah and is led by President Bashar al-Assad’s brother Maher.

Iraqi armed factions linked to Iran and part of the “muqawama” (resistance), praised the attack and called it retaliation for airstrikes in the Palmyra desert area in eastern Syria on Oct. 13.

“We can confirm that the Al Tanf Garrison area was subjected to a deliberate and coordinated attack," said US Navy Capt. Bill Urban, a Central Command spokesperson. "Based on initial reports, the attack utilized both unmanned aerial systems and indirect fire. All U.S. personnel have been accounted for, and we are not aware of any injuries to U.S. personnel at this time.”

He noted that the incident was still under investigation and added, "We maintain the inherent right of self-defense and will respond at a time and place of our choosing.”

MaT is made up largely of Arab fighters from Deir al-Zor and other areas of Syria. Some are  from areas that are now under the US-backed, Kurdish-led Syrian Democratic Forces (SDF)  but who refuse to work under the SDF.

Advance notice of the Oct. 20 attack made it possible to “save multiple lives” through the evacuation of about 200 US troops on C-130 transport planes beforehand, according to media reports.

The US and other international forces also received intelligence prior to a Jan. 8, 2020 attack by Iran on the Ain al-Assad base housing far more international forces, including US troops, in Iraq’s western Anbar desert. No US forces were killed, but over 100 were treated for traumatic brain injuries. That attack came only five days after the US’s drone assassination of top-ranked IRGC commander Qassim Solaimani and the Iran-linked Iraqi commander known as Abu Mahdi al-Muhandis at the Baghdad airport.

In January 2020, Iran fired over 20 missiles directly from its territory. Last week’s attack, however, seems to have been conducted with Iranian drones and support but from Syrian territory.

Western Anbar borders eastern Syria, where the Tanf outpost is located. Areas near the Iraqi city of Qaim as well as the porous desert border south of it have been a conduit for Iran-linked armed groups to channel weapons and fighters into Syria since the area was liberated from the Islamic State in late 2017.

In a telephone briefing with Al-Monitor and other outlets on Oct. 25, US Special Representative to Iran Robert Malley warned, “At some point, the JCPOA will have been so eroded because Iran will have made advances that cannot be reversed, in which case we can’t be talking – you can’t revive a dead corpse”.

The Joint Comprehensive Plan of Action (JCPOA) required Iran to dismantle most of its nuclear program and allow extensive international inspections in return for billions of dollars’ worth of sanctions relief.

It came into effect in Jan. 2016. However, US president Donald Trump withdrew the US from the deal in 2018. Recent attempts to revive it have proven unsuccessful, and it would seem that Iran is stalling for time as it continues to advance its uranium enrichment program at a rapid pace.

“Even as we are trying to get back into the JCPOA," Malley said, "we are taking steps to … deter Iran’s aggressive behavior in the region, and we’re doing that with our partners and we’ll continue to do that.”

The implicit suggestion is that use of force to target fighters linked to Iran will continue, on either the Iraqi or (more likely, given fewer concerns about fallout on local friendly governments) on the Syrian side of the border. 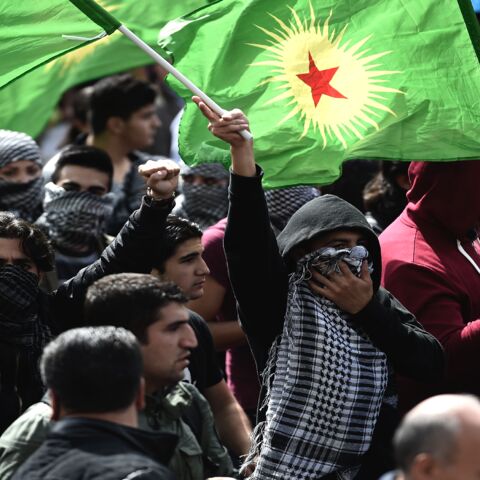 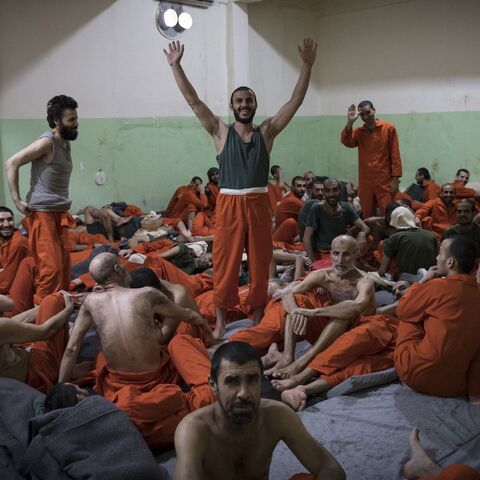