Despite a lack of equipment due to the Israeli blockade, dozens of Gazans participated in the Strip's first boating competition organized by the Palestine Sailing and Rowing Federation. 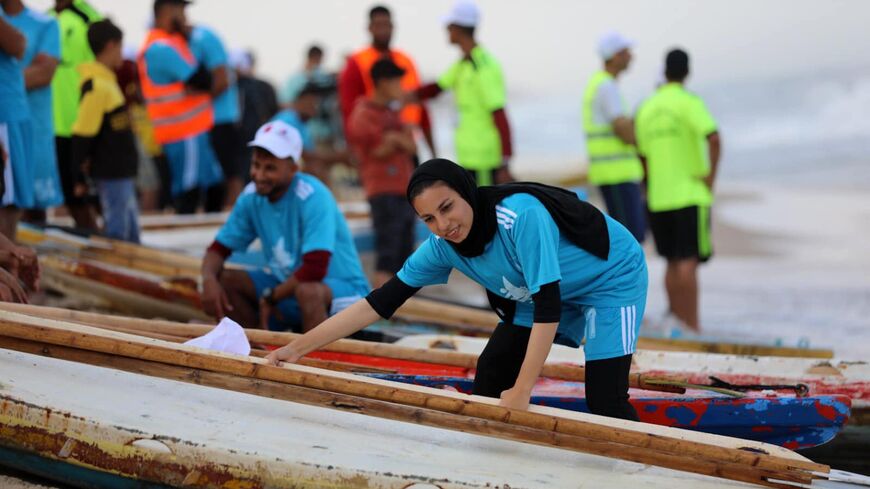 A participant works on a boat for the Gaza Strip's first boat race Oct. 20, 2121. - Palestine Sailing and Rowing Federation

In light of the limited resources available in the coastal enclave under the Israeli blockade that has been in place since 2007, the participants had to race in wooden fishing boats and paddle boards.

Khaldoun Abu Salim, the head of the Palestine Sailing and Rowing Federation, told Al-Monitor that some 60 participants including fishermen, lifeguards and amateur athletes from Gaza took part in the competition, which lasted for several hours.

“As soon as the federation announced the races on social media, we began receiving applications from people who were excited to participate in the race. We were really surprised by the number of applicants for a sport that [has never been] organized in Gaza,” Abu Salim said.

He added, “The applicants had to meet certain conditions to be accepted. … But we did not test any of the applicants’ abilities, because we don’t have any hall or training center for it.”

He explained that distances ranged from one kilometer for men to half a kilometer for women and 250 meters for people with special needs.

“We decided to include a category for women and people with special needs to encourage them to develop their skills and abilities. … The federation also believes in the right of all groups to practice sports and participate in various sports tournaments,” Abu Salim said.

“The federation’s goal in organizing the competition is to establish a Palestinian team capable of competing in local, Arab and international races and to reach the highest international ranks,” he added.

Abu Salim explained that the federation, which was formed about a year ago, is a member of the Palestinian Olympic Committee and is seeking to organize three water sports contests during next year for rowing as well as surfing and water skiing.

Ramadan al-Sultan, a rowing instructor and the head of the competition's jury, told Al-Monitor, “We lack rowing boats, oars and other equipment necessary for the race because of the Israeli blockade that does not allow the entry of boat-making equipment and fiberglass under the pretext of the products' dual [civilian and military] use. Most of the boats that participated in the race were dilapidated, with most of the contestants having to rent boats to participate in the race.”

He added that the ages of participants ranged between 16 and 33 years old for males and between 14 and 18 for female contestants, stressing that the young women’s families and friends were very supporting and encouraging of them.

Sultan said the federation met on Oct. 6 with Sven Kuhn von Burgsdorff, the European Union's representative to West Bank and Gaza Strip, who agreed to pressure Israel to allow equipment for sailing and kayaking into the coastal enclave.

Asil al-Jamal, 17, ranked third in the all-female race. She told Al-Monitor, “My father encouraged and motivated me to participate in the race. He was the first to teach me everything about this sport. Our society believes that this sport is restricted to males because they have physical strength, which women lack. I am against these ideas and I do what I like, even if it is against social customs.”

Jamal said she hopes that more local competitions will be held to motivate her to develop her skills in this sport as well as allow more girls to take part. She also hopes to see private training clubs in Gaza and a national team to represent Palestine globally.

Amr al-Sultan, 29, won second place in the doubles category. He told Al-Monitor he likes to surf and row in his fishing boat with friends in northern Gaza. He was very excited when he saw the race announcement, which he said “gave me hope to be able to develop my skills and to join a Palestinian national team to represent my homeland in international and Arab championships.”

Sultan added that if he had owned a better boat and proper oars, he would have won the first place.

“I participated with a boat that was not fit for racing,” he said, describing leaks during the race.

Sultan explained that he learned to fish from his father but had no training in rowing. He said few people in Gaza are interested in rowing or surfing despite their excellent access to the sea.

“I hope that the federation will be a gateway for many young people to develop their skills in this sport, and that one day we will see a national team competing in local and international tournaments,” Sultan said. 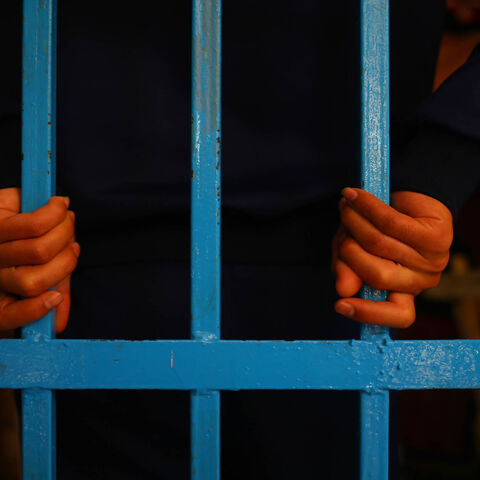