Turkey's president said the plan to sell dozens of F-16s to Ankara was Washington’s idea. 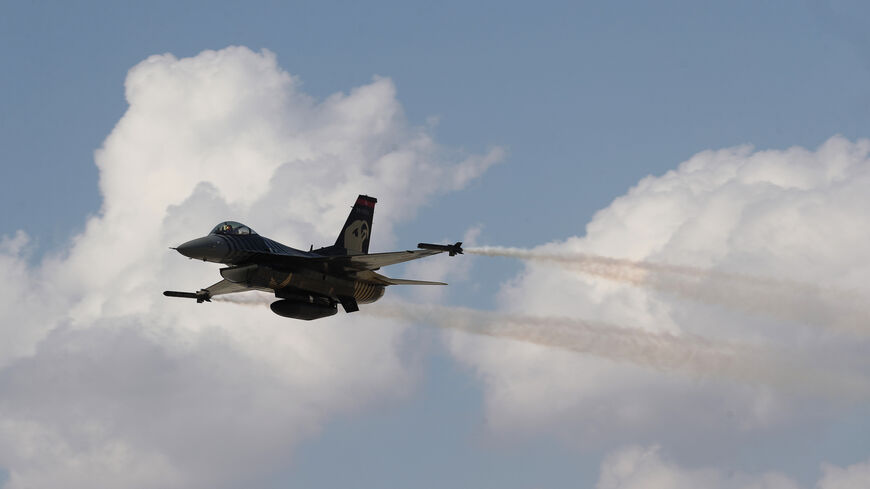 Reuters previously reported that Turkey had formally submitted a request to the United States to buy 40 F-16s and dozens of additional modernization kits for Ankara’s existing fleet, following a report in a Greek newspaper.

American officials over two US administrations have insisted the S-400 poses a threat to the F-35. Turkey received its first S-400 unit in 2019 and later reportedly tested its tracking system on F-16s.

Ankara paid $1.4 billion toward an initial order of up to 100 F-35 jets. Several of the jets had already been in production by the time of Turkey’s ejection from the program. Last year, the US Air Force purchased eight of those completed F-35s, but Turkey’s government has yet to be reimbursed.

Erdogan told reporters on Wednesday that Washington proposed the new F-16 sale as a way for Ankara to recoup its lost investment.

“There is the payment of $1.4 billion we have made for the F-35s and the US had such a proposal in return for these payments,” Erdogan told reporters before heading on an official visit to West Africa on Sunday, according to Reuters.

“We said, let's take whatever steps are needed to be taken to meet the defense needs of our country,” the Turkish president said.

The US State Department, however, pushed back on that characterization on Monday.

"The US has not made any financing offers on Turkey’s F-16 requests," State Department spokesperson Ned Price told reporters, while declining to confirm Reuters’ report.

Price said only that the Pentagon is leading “ongoing” dispute resolution discussions with Turkey over the F-35 issue.

Turkey’s fleet of F-16s is aging, with nearly 100 of the jets requiring upgrades to extend their lifespan. Without the F-35, the F-16 is slated to remain the primary fighter jet in Turkey’s air force until Turkey’s own indigenous stealth fighter, the TF-X, can progress further into development.

The F-16 sale proposal could prove to be a major olive branch at a low point in US-Turkey relations. An unprecedented rift between the two NATO allies triggered by the S-400 purchase has opened only wider in recent years, as Turkey scorns US support for Kurdish fighters in Syria amid the fight against the Islamic State.

Erdogan is set to meet with US President Joe Biden in Rome later this month, marking the second meeting since the latter took office in January.

Earlier this month the Turkish president met with his Russian counterpart, Vladimir Putin. After the closed-door meeting, Erdogan boasted that his government would be looking into an array of potential joint defense projects with Russia.

Erdogan’s comments were an apparent snub to the Biden administration, which has threatened to impose additional sanctions on Turkey should it purchase more Russian military hardware.

The United States can choose to exempt the Turkish Presidency of Defense Industries for certain arms transfers, but Erdogan's popularity in Congress remains at a nadir.