Gaining influence in Africa has been a priority for Turkey in recent years, while it also tries to mend relations with rival Egypt. 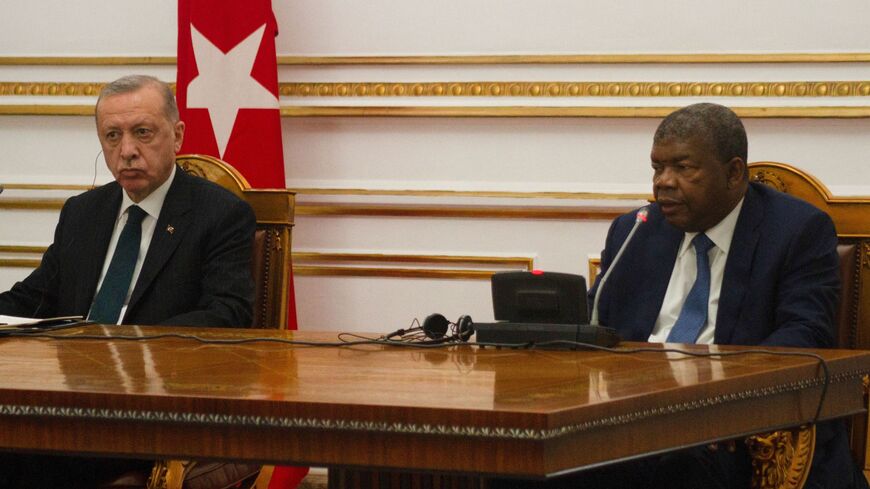 Erdogan arrived in Angola in southern Africa on Sunday. He will also visit Nigeria and Togo in West Africa, the official Anadolu Agency reported.

On Monday, Erdogan told reporters that he had discussed supplying Angola with drones and armored carriers.

“In the last 19 years, Turkey has taken many steps in the field of the defense industry that also struck Angola's attention,” said Erdogan.

Turkey has a major defense industry, which provides arms to countries around the world.

Erdogan and his Angolan counterpart, Joao Lourenco, also discussed increasing cooperation regarding energy, tourism, education and more, according to Anadolu.

Gaining influence on the African continent has long been a priority for Turkey. The country upped diplomatic engagement and humanitarian aid in the early 2000s, early on in Erdogan’s career. More recently, Turkey has worked to build relations with Ethiopia amid that country's ongoing Nile river dam dispute with Egypt and Sudan. In August, Turkey offered to mediate between Sudan and Ethiopia to this end. Turkey also has a military base in Somalia and delivered considerable coronavirus-related aid to numerous African governments last tear.

Turkey is also working to repair its fractured relationship with Egypt. Ties between the two states have been strained for years, in large part due to Turkey’s support for the Muslim Brotherhood opposition in Egypt. Moreover, Egypt is concerned with countering Turkey’s growing influence in Africa, particularly in Chad and Mali.

Angola is politically stable, rich in oil and had one of the fastest-growing economies in Africa last decade. Its reliance on oil has led to more stagnant economic growth in recent years. Nigeria is also a major oil exporter, and is additionally relevant in the fight against the Islamic State in Africa.