Egypt is also working to repair its relations with Greece and Cyprus’ rival, Turkey. 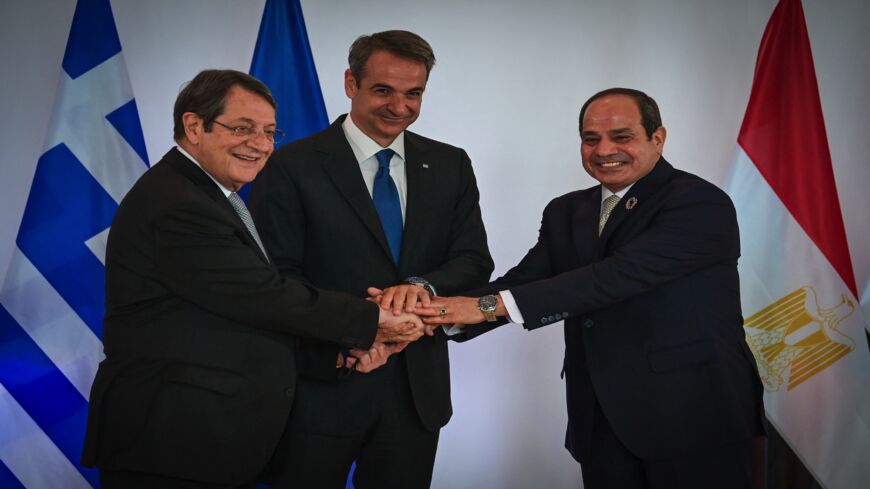 Egypt, Greece and Cyprus held a tripartite meeting in Athens Tuesday as the alliance between the Eastern Mediterranean states continues to strengthen.

Regarding energy, Mitsotakis pledged during the talks to link Egypt to the European Union’s energy market via an underwater cable through the sea, The Associated Press reported.

In addition to coordination on energy, Egypt, Greece and Cyprus signed a military cooperation agreement in April. Their relationship is in part motivated by a desire to counter Turkey, which has offshore drilling plans in waters claimed by Greece and Cyprus.

At the same time, Egypt is working to repair its long fractured relationship with Turkey. Egyptian Foreign Minister Sameh Shoukry reported some progress on this front earlier this month. Relations soured over Turkey’s support for the Muslim Brotherhood opposition in Egypt.

Mitsotakis also said that as Greece seeks to diversify its energy sources, it may one day obtain solar-powered electricity through Egypt, according to the AP. Egypt has been working to develop solar energy in response to electricity prices increasing and power cuts in the country. Egypt is also interested in exporting its natural gas and reached an agreement in September to send gas to Lebanon.