Amid talks about reviving the tripartite negotiations on the Grand Ethiopian Renaissance Dam, sponsored by the African Union, many question the possibility of their success given the repeated failures in the past decade. 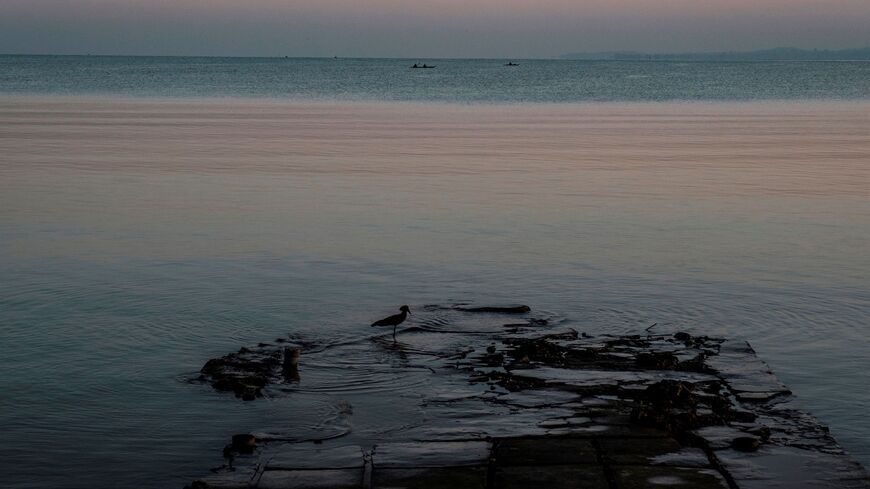 Fishermen are pictured in their boats on Lake Tana, in the city of Bahir Dar, Ethiopia, on November 11, 2020. Lake Tana, a UNESCO biosphere reserve, is the origin of the Blue Nile river that feeds the Grand Ethiopian Renaissance Dam. - EDUARDO SOTERAS/AFP via Getty Images

CAIRO — The UN Security Council's presidential statement on Sept. 15 about the Grand Ethiopian Renaissance Dam renewed talk about the resumption of the African Union-sponsored negotiations to resolve the decade-long conflict.

But Egypt, Sudan, and Ethiopia have repeatedly failed to reach an agreement.

The statement comes two months after the Security Council meeting on the GERD crisis, held upon Egypt’s and Sudan’s request in protest against Ethiopia's ongoing unilateral measures. Yet the statement did not set a timeline or framework for the process. Instead, the statement threw all responsibility on the AU.

Despite those omissions, Egypt and Sudan welcomed the statement as they agreed to re-engage in AU-led negotiations. Back in April, during the last round of negotiations held in Kinshasa, Egypt had a different position.

The Egyptian Ministry of Foreign Affairs said in a statement, “The presidential statement requires that Ethiopia seriously engages in and expresses genuine political will to reach a legally binding agreement regulating the filling and operation of the GERD.” Meanwhile, Sudan's Ministry of Foreign Affairs expressed its hope that “the statement pushes the three parties to resume negotiations as soon as possible, follow a new framework, and express a tangible political will.”

The Ethiopian Ministry of Foreign Affairs, however, stated, “Ethiopia will not recognize any claim that may be raised on the basis of the presidential statement. …It is regrettable that the [Security] Council pronounces itself over an issue of water right and development that is outside of its mandate.”

The Ethiopian statement also criticized Tunisia, which submitted in July a draft resolution to resolve the crisis: “Tunisia’s historical misstep in advancing the [Security] Council’s pronouncement undermines its solemn responsibility as a rotating member of the UNSC on an African seat.”

Meanwhile, the AU has yet to officially announce any step to resume negotiations. Minister of Foreign Affairs in the Democratic Republic of Congo Christophe Lutundula — the current AU head — concluded a round of discussions on Sept. 16 with ministers from Egypt, Sudan, and Ethiopia during a regional tour aimed at finding a common framework to resume negotiations.

“The Congolese efforts … aim to reach a clear framework to manage the negotiation process, which all three sides agree on,” an Egyptian government source knowledgeable about the GERD file told Al-Monitor on condition of anonymity.

The Egyptians and Sudanese want a greater role for international observers, he said, but “there are still contentious legal issues related to the agreement on operating and filling the GERD, which could be further discussed to reach a satisfactory solution to all parties. The solution would involve providing legal assurances with international guarantors in case one of the parties fails to comply.”

The source continued, “Egypt's decision is clear and non-negotiable when it comes to the technicalities of filling and operating the dam. This is to make sure that no significant damage is incurred on Egypt's water security, especially during prolonged drought episodes.”

Egyptian President Abdel Fattah al-Sisi told the United Nations General Assembly on Sept. 21, “You all know the outcome of the ongoing decade-long negotiations between Egypt, Ethiopia and Sudan as a result of Addis Ababa’s known intransigence and unilateral decisions that threaten the security and stability of the entire region.”

Regarding the possibility of a successful return to the GERD negotiations, Khaled Okasha, director of the Egyptian Center for Strategic Studies, told Al-Monitor that Egypt entering any round of negotiations will be a “new test for Ethiopia's intentions to seriously resolve the matter.”

“The security tension and the fragility of the political situation in Ethiopia undoubtedly affects [Ethiopia’s] commitments at the negotiation table,” added Okasha.

“The statement of the Security Council actually delayed things once again and returned to the AU, which has run out of options to contain the crisis," Ayman Abdel Wahab, an expert in African affairs at the Al-Ahram Center for Political and Strategic Studies, told Al-Monitor. "Meanwhile, no pressure is being exerted on the party blocking a solution,” in reference to Ethiopia.

Domestic problems in Ethiopia due to the ongoing war in the Tigray region also present an obstacle, Abdel Wahab said, and "Abiy Ahmed’s regime cannot prioritize negotiations on the GERD amid the current situation.”

He added, “The negotiation track will only be useful if real economic pressure is imposed …. This might be the practical solution, since Ethiopia needs funding to proceed with the construction of facilities in the dam ahead of the third filling phase.”

Ammar Araki, a Sudanese journalist focusing on African affairs, says he is optimistic about the possibility of success. He told Al-Monitor, “The deterioration of the political and security situation and the internal flare-up against Ahmed’s government will certainly reduce political maneuvers of the Ethiopian government, which has always used the GERD card to serve its internal interests and unify the disputing Ethiopian ethnicities. Therefore, the Ethiopian government has to assume its responsibilities this time and solve the outstanding issues with Egypt and Sudan, in addition to reaching a settlement in the dam issue.”

Araki noted, “The spillover of battles and security problems to the Benishangul region, where the GERD site is located, will increase pressure on the Ethiopian government to secure the dam from any military operation.”

He added, “These security problems may lead to settling the dispute with Egypt and Sudan, as prolonging the negotiations threatens the dam and puts more pressure on Ahmed’s administration.”

The mechanism of the new negotiations remains the main determinant of how to resolve the differences between the three countries, by giving more powers to foreign observers and experts in accordance with international law.