New measures restrict the entry of Syrian patients to Turkey by canceling free treatment in its state hospitals and forcing them to pay the full cost of treatment. 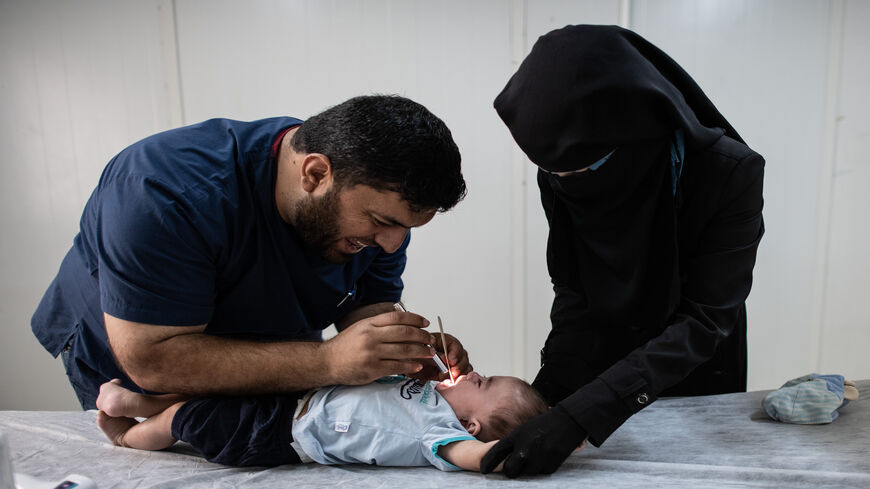 IDLIB, Syria —Turkey has recently suspended the issuance of the temporary protection ID card — known as Kimlik — for Syrian refugees who need lifesaving treatment inside Turkish territories, replacing it with a medical tourism document.

On Sept. 20, the medical coordination office of Bab al-Hawa crossing with Turkey issued a circular stating, “We hereby inform patients who have received medical referrals that the issuance of these medical referrals have stopped as of Sept. 11, and until the activation of a new health system for Syrian patients in Turkish hospitals.”

The Turkish government would issue a receipt for a Kimlik — a document requesting the Kimlik that contains personal information about the beneficiary — for Syrian patients upon entry to the Turkish territories. The Syrian refugee must then head to the Turkish immigration department in the province where he is residing and wants to receive treatment, to replace the receipt with the official temporary protection card (Kimlik). The card entitles Syrian refugees to receive all Turkish government services, including free medical treatment at government hospitals and free medication from Turkish pharmacies.

The latest Turkish decision to replace the Kimlik with a medical tourism document denies Syrian refugees all these services, worsening the suffering of many patients. These will be forced to pay for the costly medical treatments, which was previously covered by the Turkish government.

The medical tourism document also requires patients to return to Syria at the expiry of its one-month validity period.

He said, “The new medical [tourism document] is not recognized by all Turkish hospitals in all provinces and not all hospitals received the circular about the new decision. Meanwhile, Hatay State Hospital allowed Syrian patients [without the Kimlik] to stay until Sept. 15, awaiting the activation of a new decision on the treatment procedures. As of that date, Hatay State Hospital is no longer receiving patients from Syria.”

Ismail noted that the new document obliges patients to return to Syria a month after their entry to Turkey, which is not feasible in certain cases where treatment would take longer than a month to be completed. “Also, the decision affects patients who are being treated in Turkish provinces that are far from the Syrian border. Meanwhile, about 450 patients coming from northwestern Syria are waiting for the new system to be activated at hospitals in the Turkish city of Reyhanli, so that they can begin their treatment,” he added.

He also said there are 300 patients in northwest Syria who have postponed their trip to Turkey hoping the Turkish authorities will come up with a new system other than the issuance of the medical tourism document.

He explained that there are two types of medical cases entering Turkey through the Bab al-Hawa crossing. The emergency ones are the relief cases coming immediately from Syria to Turkish hospitals. These mostly consist of premature babies, burns, war injuries and road accidents. The urgent cases are patients who need liver and kidney transplants, heart surgeries and cancer patients.

“As a result of the new Turkish measure, 120 patients have returned to Syrian territory without receiving their treatment,” Ismail said. He added that there are currently 600 patients who urgently need to enter Turkish territory for treatment.

Ahmed al-Khaled, a heart patient from Idlib, lamented the Turkish decision that canceled free treatment. “It deprived us of free medicines, amid soaring prices of medicines, both in Syria and Turkey. Before this decision, we would get our needed medicines from Turkish pharmacies free of charge,” he told Al-Monitor.

He said, “Now we have to pay the high cost of our treatment in Turkish hospitals, while we are already living in extreme poverty. Also, we find ourselves forced to return to Syria every month to renew our document, regardless of how far the city where we are receiving our treatment is from the Turkish crossing with Syria. This is draining financially and health wise.”

Yaqoub Salameh, a father of a sick child from the Deir Hassan camp in the northern countryside of Idlib, told Al-Monitor, “Previously, things were good for Syrian patients in Turkish hospitals. Treatment was free of charge, we received good care and the procedures were easy. Medicines were available and surgeries would be done as quickly as needed. But today the entry procedures to Turkey for Syrian patients changed. Things have become more complicated. Syrian patients — already crippled by the war — have to pay a treatment bill that they cannot afford amid the spread of poverty and unemployment back home.” 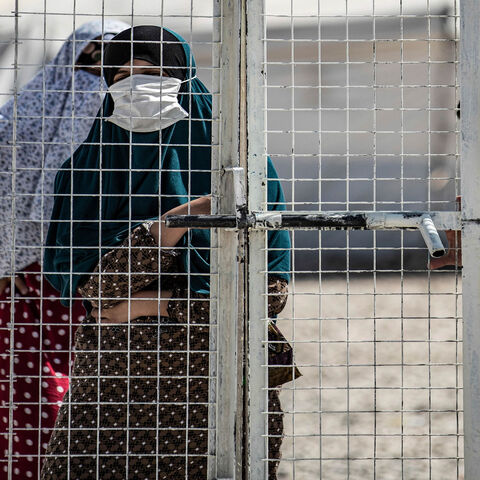