Pictures of an abaya covered with plastic wastes invite Qataris to reflect on their plastic consumption as pollution from disposable products surged during the COVID-19 pandemic. 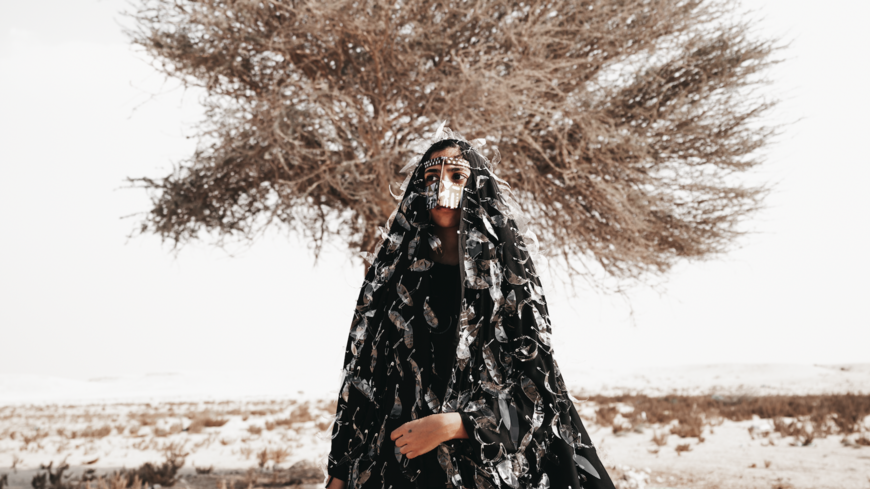 Fatima Mohammed demonstrates the abaya she decorated with plastic feathers made from water bottles she consumed over two months. - Courtesy of Fatima Mohammed

Face masks and plastic gloves thrown away on the street of Qatar's capital Doha during the pandemic served as a wake-up call for Fatima Mohammed. The thought-provoking contemporary Qatari artist turned a black abaya into a subtle awareness tool against plastic binge.

Plastic feathers made from water bottles the artist consumed over two months cover the abaya, a garment worn by most Gulf women. Qatar’s annual plastic consumption, estimated at about 109 kg per person, grew faster than any other Gulf nation between 2006 and 2016 — nearly 14% per year.

Five pictures of the "plastic abaya" clicked in Qatar’s flat desert plains, as well as an installation made of plastic wastes, are now exhibited in Katara, a cultural village in Doha. Mohammed told Al-Monitor she is “curious to see how people would react” to turning garbage into art.

Art is “a good language” to build consciousness in the community and familiarizes the younger generation with local environmental issues, said Neeshad Shafi, a Doha-based environmental activist who co-founded the Arab Youth Climate Movement Qatar.

“We affect our surroundings by simple bad habits that we could change,” Mohammed said. For example, just off the coast of Qatar lives one of the world’s biggest herds of dugong. These nonchalant "sea cows" that are the National Museum of Qatar’s mascot to represent the “ethos of sustainability” fall victim to nets abandoned by local fishermen.

Qatar, like other Gulf countries, recycles only a tiny fraction of plastic wastes. The Gulf Cooperation Council (GCC) region "recycle, reuse, or recover around 10% of the ten million tons of plastic waste it produces every year," estimated strategy consulting firm Strategy&.

“Plastic is a big chunk of the total waste in Qatar — about 25% — and we know that, unfortunately, the majority of this plastic is being dumped in landfills,” said Catina Aghayan, communication advisor at the Qatari recycler Elite Paper Recycling. By comparison, only 0.1% of plastic packaging dumped in Germany, a recycling champion, ends up in landfills.

Recycling could contribute to diversifying revenue streams away from oil revenues.

According to Strategy&, increasing GCC’s recycling rates to 40% could translate into a $6 billion economic opportunity and around 50,000 new jobs in the recycling industry. This would align with Saudi Arabia’s push to re-localize supply chains as the Arab world’s largest economy battles high unemployment, estimated at 11.7% in the first quarter of 2021.

The pandemic gave “a great push” to Elite Paper Recycling as people “got to sense the need to reduce our impact on the environment” after witnessing significant reductions in air pollution, Aghayan told Al-Monitor. In December 2020, the paper recycler established a sister company in Qatar to recycle other materials, including plastics. 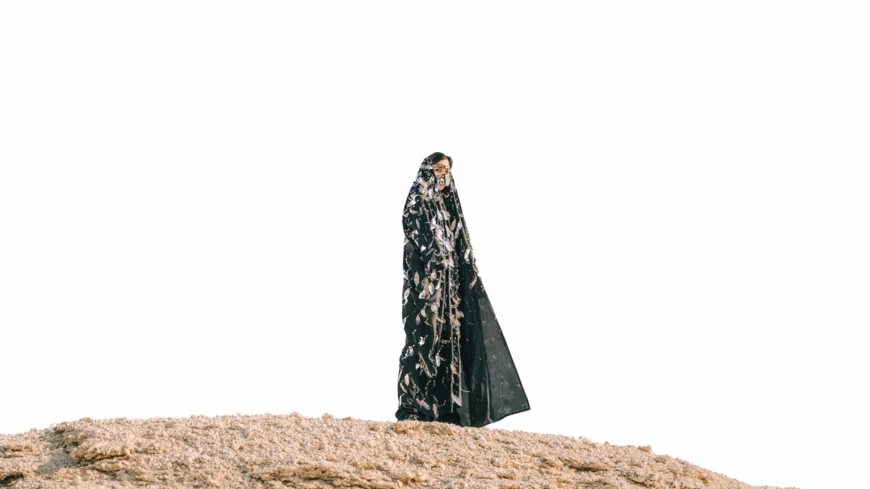 But Gulf oil producers remain reluctant to call for a global reduction in plastic consumption. The material is a byproduct of the oil industry, and the gradual electrification of transportation pushes the oil-rich region to double down on products derived from petroleum, like plastics.

Demand for feedstocks derived from petroleum is expected to grow “four times faster than global oil demand” between 2019 and 2030, becoming the primary driver for oil demand after this date, estimated the Gulf Petrochemicals and Chemicals Association, an organization based in Dubai that represents the region’s chemical industries.

Instead of calling for a global reduction in plastic consumption, Gulf states are focusing on “peripheral stuff” such as cleanup campaigns at beaches, Neeshad Shafi told Al-Monitor. The activist urged Gulf governments to rather invite their citizens to “reflect over what brought plastic into that shape”.

Back in Doha’s cultural village, Fatima Mohammed proudly introduces photographs of her latest art piece to Qatari and non-Qatari visitors in the hope it will highlight how “we, as humans, collectively distort and destroy our surroundings by polluting.”

Since the first plastic was presented at the Great London Exposition in 1862, the material has made its way into almost all areas of life. For example, the plastic content in aircrafts has risen from 4 percent to around 50 percent since the 1970s, reported the Plastic Atlas 2019.

Throwaway culture has been indirectly supported by the petrochemical industry, which promotes the idea that recycling is the silver bullet to tackle plastic pollution. Researches showed that it can only be recycled a limited number of times.

Critics also accuse the industry, the second-largest manufacturing sector in the Gulf, of disregarding the public health and environmental cost of producing plastics.

Fragments of plastics smaller than five millimetres, called microplastics, have already entered natural ecosystems and the food chain. A study revealed people could be ingesting about 2,000 tiny pieces of plastic every week. The Director-General of the World Wide Fund for Nature, Marco Lambertini, concluded: “If we don’t want plastic in our bodies, we need to stop the millions of tons of plastic that continue leaking into nature every year.”

Art and entertainment
Environment and nature