Palestinian president in Cairo for talks with Egyptian, Jordanian leaders 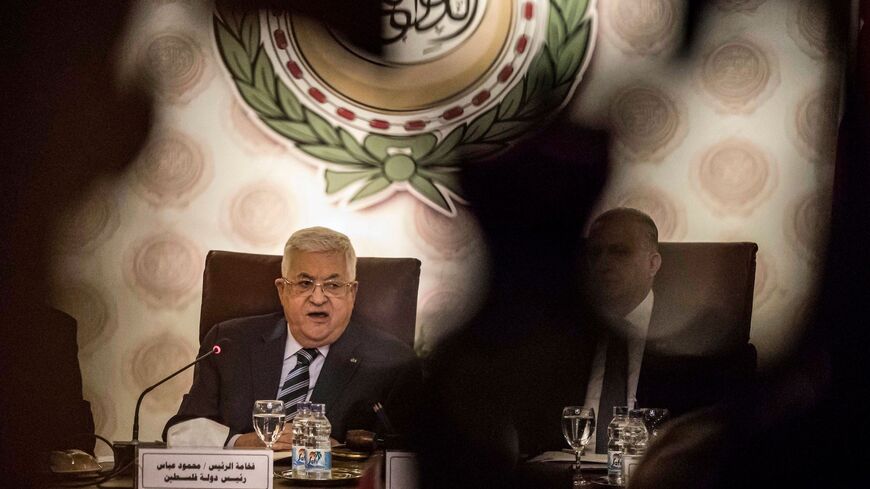 Palestinian President Mahmoud Abbas attends an Arab League emergency meeting discussing the US-brokered proposal for a settlement of the Middle East conflict at the league headquarters in the Egyptian capital Cairo on Feb. 1, 2020. - KHALED DESOUKI/AFP via Getty Images

Palestinian President Mahmoud Abbas arrived in Cairo Thursday for a tripartite meeting with his Egyptian and Jordanian counterparts.

Abbas thanked Egyptian President Abdel Fattah al-Sisi for his support of the Palestinian cause, citing Egypt’s mediation of the Gaza cease-fire in May and Egypt’s support for reconstruction in Gaza, the Palestinian Authority’s WAFA news agency reported.

Egypt is in a unique position in the Israeli-Palestinian conflict as the first country in the Arab world to establish official diplomatic relations with Israel. Cairo also recently hosted Palestinian reconciliation talks between the Palestinian Authority and Hamas.

Sisi called for unity between all Palestinian political factions in his meeting with Abbas, according to the Egyptian state-owned Al-Ahram news outlet.

Jordan’s King Abdullah also met with Sisi at the summit and said that the Palestinian cause is the most important area of cooperation between the two states, according to Jordan’s official Petra news agency. Jordan also has diplomatic relations with Israel, though its Palestinian-majority population largely opposes the ties.