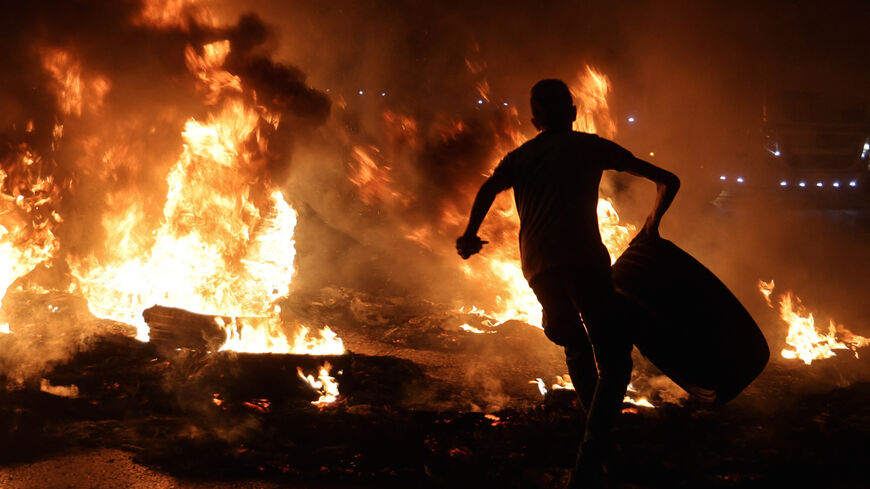 A Palestinian youth prepares to throw a tire onto a fire following a rally in support of Palestinian prisoners near the West Bank town of Nablus last week. Zakaria Zubeidi, one of six Palestinians who broke out of Israel's Gilboa prison, was allegedly beaten after being recaptured Saturday. - JAAFAR ASHTIYEH/AFP via Getty Images

Zakaria Zubeidi was allegedly physically beaten during the operation to arrest him, and sustained a broken jaw and two broken ribs. He was treated at an Israeli hospital following the arrest, the Commission of Detainees and Ex-Detainees Affairs said in a press release.

Zubeidi, a senior commander of the ruling Fatah party's armed wing, escaped from the high-security Gilboa Prison last week along with five members of the Gaza-based Islamic Jihad. Two of the prisoners were captured last Friday in the Israeli city of Nazareth, with Zubeidi and the fourth prisoner being found the following Saturday. The men were in prison in relation to attacks on Israelis. Two of the prisoners remain on the run.

The Israeli government has not commented on the allegations, but often disputes Palestinian officials’ accounts of such incidents. Prime Minister Naftali Bennett praised the search operation on Saturday.

The highly-publicized escape sent shock waves throughout Israel and the Palestinian territories. Many called for Israeli prison officials to resign. There were solidarity protests with the prisoners in Jerusalem and the West Bank. Gaza-based groups also fired rockets at Israel after the four prisoners were captured, leading to Israel striking Hamas targets.