The French visit of Emilie Moatti, Labor Knesset member and head of the Subcommittee for Foreign Affairs, reflects the new approach that Israel’s government now offers to the European Union: open and constructive dialogue. 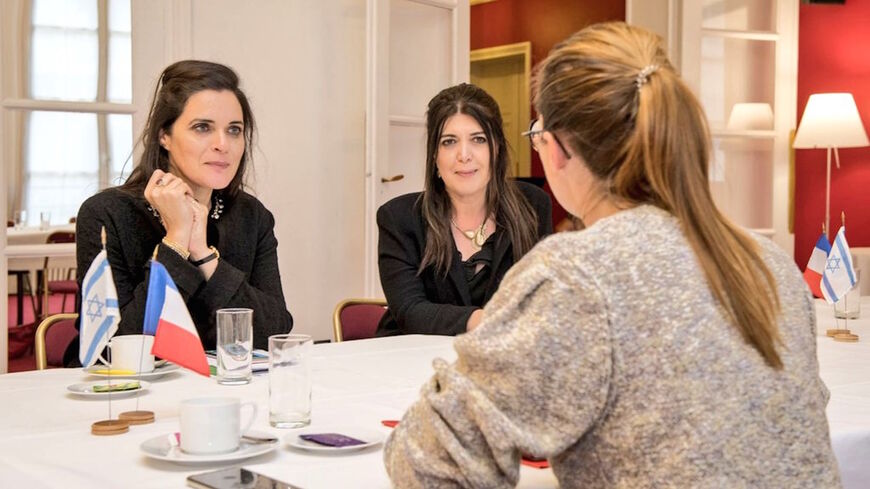 Israeli Knesset member Emilie Moatti meets with Aurore Berge, a member of the French National Assembly, on her diplomatic trip to France on Sept. 27. - TWITTER/Emilie Moatti

Paris – Labor legislator Emilie Moatti was appointed head of the Knesset Subcommittee for Foreign Affairs and Public Diplomacy on Sept. 12. This powerful and prestigious subcommittee oversees Israel’s foreign relations, including its ties with other countries, with institutions abroad and with international organizations. In fact, only two weeks after her appointment, Moatti arrived in France, for meetings with her peers at the French Parliament and Senate in Paris, and for the autumn parliamentary assembly of the Council of Europe in Strasbourg.

Clearly, the visit by Moatti, who speaks French fluently and is intimately familiar with the continent, reveals the determination of the Bennett government to rehabilitate its ties with the European Union in general, France in particular. A joint Sept. 15 decision by Israel and the EU to mutually recognize coronavirus vaccine certificates certainly goes in that direction. Israel’s foreign ministry said that details of the agreement should be finalized by early October, offering vaccinated Israeli tourists and businesspeople access to restaurants, cultural centers, public institutions and more across the European continent.

‘’The ability to travel and visit the world is the basis for ensuring ties between peoples and nations. Mutual recognition of the vaccinated certificates between Israel and the European Union is an important step in preparing the ground for a return to routine, in everything related to aviation and tourism ties between Israel and the European Union,’’ tweeted Foreign Minister Yair Lapid.

Since taking office, Lapid had invested significant efforts in improving Israel’s diplomatic ties with the EU. In July, he visited Brussels and participated at the monthly meeting of the EU’s foreign ministers. It was the first time for several years that an Israeli minister addressed that meeting.

An official in the EU delegation to Israel told Al-Monitor, on condition of anonymity, that Brussels hopes to set a date soon for these meetings. “The EU has been in dialogue with Israel," the source said. "We are keen to schedule a meeting of the Association Council as soon as a date can be mutually agreed. The EU values its relationship with the State of Israel and is committed to a regular dialogue.”

Israel’s relations with the EU include many concrete aspects apart from the vaccination certificates. One  is the Europe Horizon program for research and innovation. After a dispute over the 2020 program excluding grants for bodies operating in West Bank settlements, Israel and the EU reached a compromise. Both parties attached side letters to the signed agreement declaring their (contradictory) policies on West Bank settlements. In its letter, Israel clarified that its joining to the program under these conditions (of excluding the settlements) reflects in no way on its declared policy. Talks on the 2021-2027 Europe Horizon program should be finalized by the end of the year. Israel is included in the 18 non-EU member countries expected to join.

Another framework Israel hopes to join is the 2021-2027 Creative Europe program supporting the culture and audiovisual sectors. Israel is already on the list of EU neighboring countries likely to participate. The same side-letter on West Bank settlements could be used here as well.

Back to Knesset member Moatti. Evidently, as member of the Israeli Labor, her diplomatic vision on the Palestinian issue is far away from that of Prime Minister Naftali Bennett. And while she cannot make any promises to her European interlocutors on that level, she can and intends to promote an open and constructive dialogue.

“We need to change the way we define true friendship between countries," she tells Al-Monitor. "For me, the most pro-Israeli act in such relations is to support the two-state solution. The most pro-Israeli approach would be considering us as a nation among the nations on the international arena, not as a child that needs to be reprimanded, or hugged, or treated with special gestures.’’ The allegedly provocative diplomacy that developed in Israel under the Netanyahu government, she said, has damaged Israel’s ties with the European Union and with other international partners.