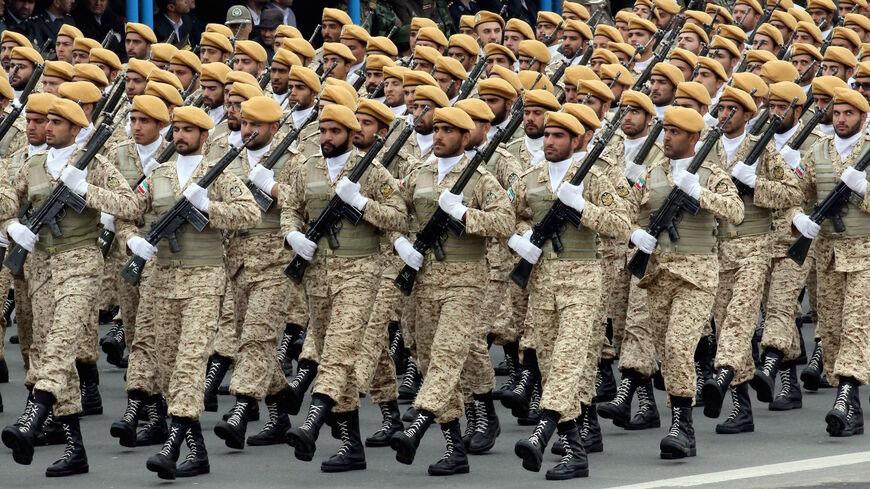 Iranian soldiers march during a military parade as they mark the country's annual army day in Tehran, on April 18, 2019. - AFP via Getty Images

Iran did not identify the name of the group. Several Kurdish opposition groups operate in Iran, including the Kurdistan Democratic Party of Iran (KDP-I) and the Party for a Free Life in Kurdistan.

The conflict between Iran and Kurdish groups is often violent. Earlier this month, a KDP-I official was found dead in the Iraqi Kurdish capital of Erbil. In May, an IRGC member was killed in clashes with Kurdish fighters close to the Iraqi border.

Some Iranian Kurdish groups maintain a presence across the border in the Kurdistan Region of Iraq and Iran has targeted them in the past. Last year, the IRGC fired missiles at Democratic Party of Iranian Kurdistan positions in Iraq.

Some Iran-aligned groups accuse the Kurdistan Region of working with the United States against Iran. In June, the Kurdistan Regional Government denied claims that US warplanes took off from Erbil to bomb Iran-backed militias in the country. The government also maintains cordial relations with the Islamic Republic.