Iranian Foreign Ministry spokesperson Saeed Khatibzadeh said significant progress had been made during direct talks in Baghdad between the rival powerhouses. 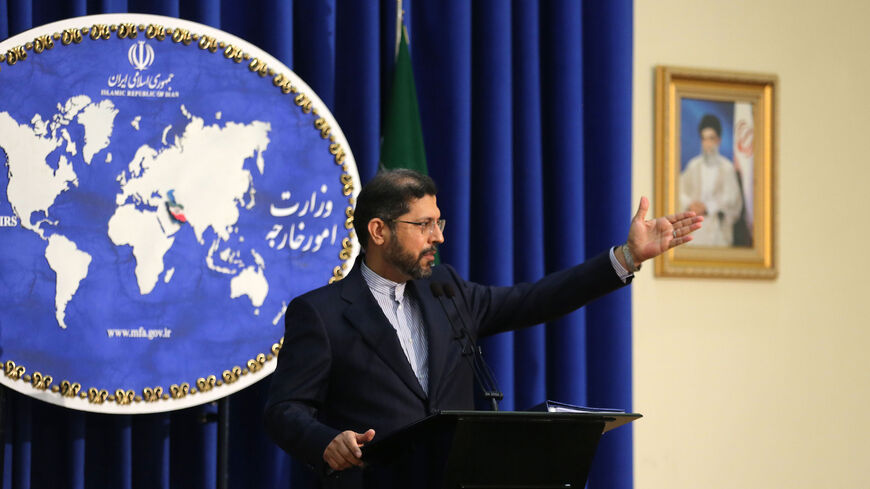 Iran has made further progress in direct talks with Saudi Arabia, an Iranian official said, after the Saudi king expressed optimism on Wednesday that the negotiations could build confidence between the regional rivals.

The two powerhouses severed relations in 2016 after Saudi Arabia’s execution of a prominent Shiite Muslim cleric was met with violent protests at Saudi diplomatic facilities in Iran. Tensions between Shiite Iran and Saudi Arabia’s Sunni monarchy have continued, with the two countries fighting in proxy wars across the Middle East.

The two countries held direct talks earlier this year in Baghdad aimed at easing tensions. The widely reported talks, first reported by the Financial Times, were publicly confirmed by Iraqi President Barham Salih in May and later by Riyadh and Tehran.

“Remarkable progress has been made on the subject of security in the Gulf,” Iranian Foreign Ministry spokesperson Saeed Khatibzadeh told Iranian state news agency IRNA on the sidelines of the United Nations General Assembly summit in New York.

Khatibzadeh said that Iran and Saudi Arabia have held several rounds of talks in Baghdad during the last few months and stressed that the talks continued after Iranian President Ebrahim Raisi’s new hard-line government took office in August.

The spokesperson’s comments follow Saudi King Salman’s Wednesday speech at the UN summit, during which he offered support for the direct discussions.

"Iran is a neighboring country, and we hope that our initial talks with it will lead to concrete results to build confidence … based on respect of sovereignty and noninterference in internal affairs," the 85-year-old monarch said in a prerecorded message.

The Iranian-Saudi talks come as US President Joe Biden seeks to rejoin the landmark Iranian nuclear accord abandoned by his predecessor in 2018. Saudi Arabia and several Gulf states opposed the original 2015 deal, which offered Iran sanctions relief in exchange for limits on its nuclear activities.

Efforts to revive the accord have stalled under Raisi’s administration, with world powers wrapping up their last round of talks in late June. Tehran said this week that the nuclear negotiations in Vienna would resume in a few weeks.

Raisi, while not ruling out a return to the indirect talks, used his UN speech on Wednesday to tear into Washington’s approach.

“We don’t trust the promises made by the US government,” he told the assembly.

While in New York, Iranian Foreign Minister Hossein Amir-Abdollahian has met with counterparts from Saudi Arabia and other Gulf Arab states, as well as European Union foreign policy chief Josep Borrell. The semi-official Mehr news agency quoted Amir-Abdollahian as saying a focus of Raisi’s government will be to “strengthen and develop relations with its neighbors and the region.”