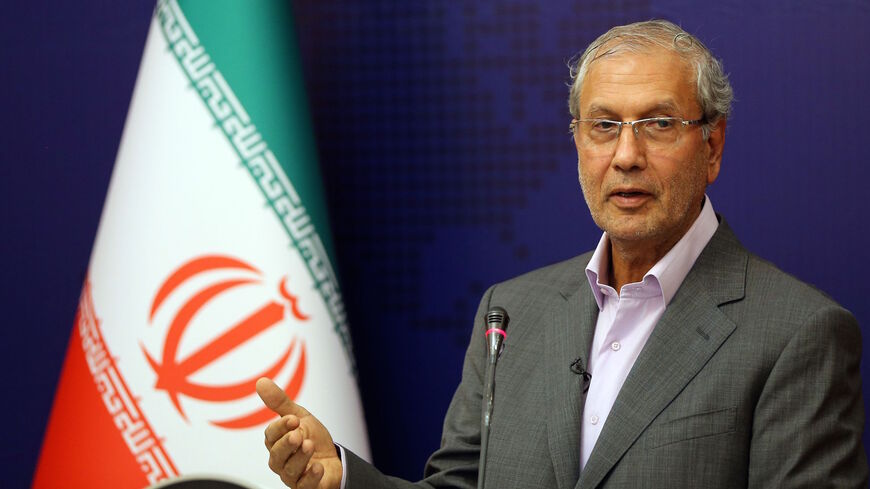 Iranian government spokesman Ali Rabiei speaks during a news conference in the capital Tehran on July 22, 2019. - STR/AFP via Getty Images

Iran says progress has been made in its talks with Saudi Arabia but that the differences between the two countries will take time to bridge.

"We understand that disputes may have complexities in some areas which require time to resolve,” Iranian government spokesman Ali Rabiei told reporters on Tuesday.

"We will continue these talks to minimize differences,” Rabiei said in his weekly press conference.

The regional powerhouses severed relations in 2016 after Saudi Arabia’s execution of a prominent Shiite Muslim cleric was met with violent protests at Saudi diplomatic facilities in Iran. Tensions between Shiite Iran and Saudi Arabia’s Sunni monarchy have continued, with the two countries fighting in proxy wars across the Middle East.

The two countries held direct talks earlier this year in Baghdad aimed at easing tensions. The widely reported talks, first reported by the Financial Times, were publicly confirmed by Iraqi President Barham Salih in May and later by Riyadh and Tehran.

According to The New York Times, Saudi intelligence chief Khalid al-Homeidan and Saeed Iravani, the deputy secretary of Iran’s Supreme National Security Council, were among the participants.

Following his landslide victory last month, Iranian President-elect Ebrahim Raisi said his government will prioritize improving ties with the region. He also called on Saudi Arabia to end its military campaign in Yemen, where Riyadh is leading a coalition of Sunni countries fighting the Iran-aligned Houthi rebels.

The Iranian-Saudi talks come as US President Joe Biden seeks to rejoin the landmark Iranian nuclear accord abandoned by his predecessor. Saudi Arabia and several Gulf states opposed the original 2015 deal, which offered Iran sanctions relief in exchange for limits on its nuclear activities. World powers negotiating a revived accord recently concluded their sixth round of talks in Vienna with no apparent breakthrough.