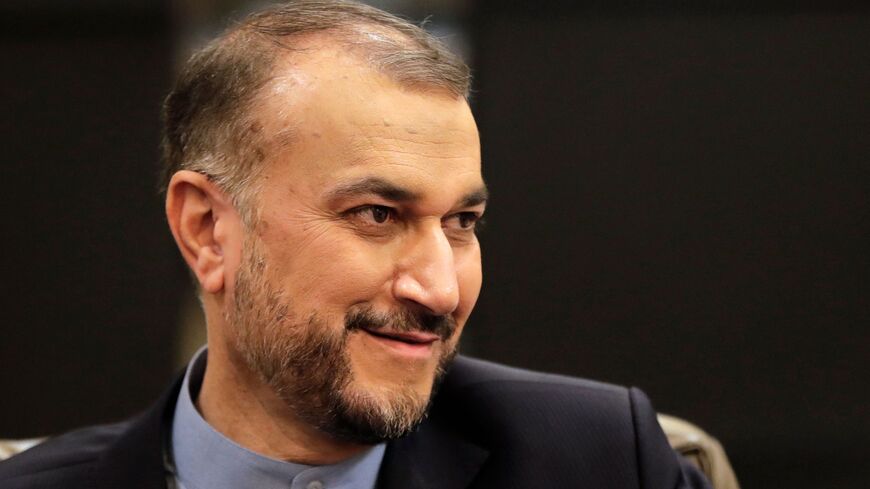 Iran's Foreign Minister Hossein Amir-Abdollahian is pictured during a meeting with Lebanon's prime minister in Beirut on Oct. 7, 2021. - ANWAR AMRO/AFP via Getty Images

The two regional powerhouses severed relations in 2016 after Saudi Arabia’s execution of a prominent Shiite Muslim cleric was met with violent protests at Saudi diplomatic facilities in Iran. Tensions between Shiite Iran and Saudi Arabia’s Sunni monarchy have continued, with the two countries fighting in proxy wars across the Middle East.

But Saudi Arabia and Iran have taken a major step aimed at easing the tensions, confirming earlier this year that they held direct talks in Baghdad.

Saudi Foreign Minister Prince Faisal bin Farhan confirmed that the kingdom held meetings over the weekend with officials from the new Iranian government led by ultraconservative President Ebrahim Raisi. The last round of talks took place on Sept. 21, he said, declining to name the location.

“These discussions are still in the exploratory phase. We hope they will provide a basis to address unresolved issues between the two sides and we will strive and work to realize that,” the Saudi diplomat said in a news conference Sunday.

Amir-Abdollahian said the talks are moving forward during a news conference in Beirut, Reuters reports. The foreign minister arrived in Lebanon Wednesday to meet with top officials and offer Iran’s support for the impoverished country.

Late last month, Amir-Abdollahian met counterparts from Saudi Arabia and other Gulf Arab states on the sidelines of the UN General Assembly summit in New York. The semi-official Mehr news agency quoted Amir-Abdollahian as saying a focus of Raisi’s government will be to “strengthen and develop relations with its neighbors and the region.”