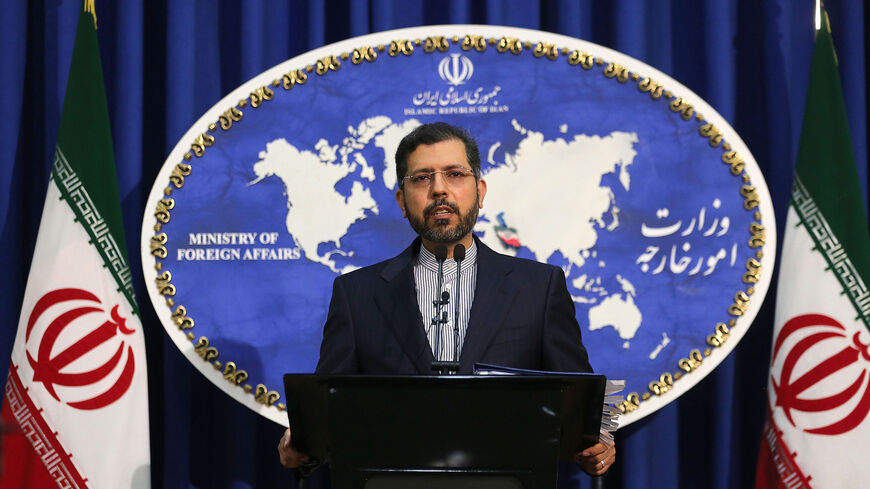 Iran’s government said on Tuesday that negotiations with international powers over its nuclear program would resume in Vienna in a few weeks.

Khatibzadeh, who is attending the UN General Assembly summit in New York, also sought to clarify a statement by France’s Foreign Minister Jean-Yves Le Drian that international foreign ministers would meet with Tehran’s top diplomat during the gathering in a bid to reinvigorate the talks.

Iranian Foreign Minister Hossein Amir-Abdollahian planned to meet individually with foreign ministers from countries involved in the nuclear agreement, but there would be no joint meeting, Khatibzadeh said today, according to IRNA.

Six rounds of indirect talks between Washington and Tehran have already taken place in the Austrian capital, though details have been closely held by both sides.

The talks ground to a halt this summer amid the election of Iran’s new hard-line President Ebrahim Raisi in June. Raisi has shown signs of willingness to continue the talks, but both his government and the United States have blamed the other for the slow resumption.

The Biden administration sees a revival of the nuclear agreement known as the Joint Comprehensive Plan of Action (JCPOA) as key to reducing instability in the Middle East as Washington seeks to turn its focus to East Asia to contest China’s precipitous rise.

Tensions between Iran and its neighbors worsened after former President Donald Trump unilaterally walked out of the JCPOA in 2018. The move had the support of US regional partners Israel and Saudi Arabia.

The Trump administration then enacted sweeping economic sanctions against Tehran in a bid to force the Islamic Republic to roll back its bid to expand its influence in the region, but the policy largely failed, according to US intelligence assessments.

US officials say Iran has continued to develop and proliferate conventional ballistic, drone and other weapons technology throughout the region via networks of Shiite militias Tehran has supported in conflict zones from Syria to Iraq and Yemen.

Such Iranian-made weapons have frequently hit targets in Saudi Arabia, and in some cases, shipping vessels affiliated with Israel.

Such moves were not explicitly forbidden by the original 2015 deal, but have helped fuel objections in Tel Aviv to the Biden administration’s planned return to the agreement.

Biden administration officials have sought to assuage the concerns of Middle East partners while promising close coordination and defensive support.