Egyptian authorities blame Muslim Brotherhood-linked staff for a series of deadly rail accidents and have moved scores of them from operational roles. 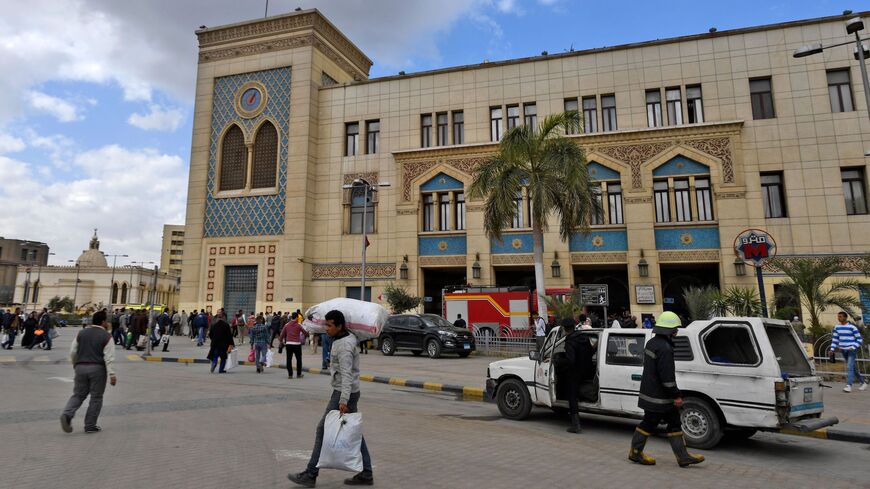 A correspondent in Egypt
September 2, 2021

After a series of deadly rail accidents, Egypt’s railway authority has removed around 190 public servants from their positions for alleged links with the Muslim Brotherhood group.

Mohamed Hussein, the authority’s chief of human resources, said Aug. 24 that four employees had been sacked and the rest were moved to administrative roles. He said the employees were working on the train signaling control, in workshops and as train drivers.

Egypt witnessed a series of deadly train accidents in recent months. Three people were killed July 30 when a train heading from Cairo to the Nile Delta governorate of Dakahliya hit a car. On April 18, 23 passengers were killed when a train derailed in the city of Toukh in Dakahliya. Three days earlier, 15 passengers were injured when two railcars derailed on the Cairo-Mansoura train. Two trains also collided in Sohag in southern Egypt, killing at least 20 people and wounding scores.

In April, Transport Minister Kamel el-Wazir blamed extremists, saboteurs and drug users for rail accidents in Egypt and demanded the parliament amend the law to make it easier to fire public workers in egypt.

The minister said that there are 268 Brotherhood members and other extremists in the railway sector.

Wazir said the authorities will not allow any Brotherhood member or terrorist to work on the railroad. “Brotherhood members and saboteurs sought to disrupt efforts to develop the railway system,” the minister said, adding that his ministry has a plan to avert train accidents in the future.

Shehata Mohamed Shehata, manager of the nongovernmental Arab Center for Transparency and Integrity, told Al-Monitor that Egyptian law permits the dismissal of public servants if they are deemed a threat or accused of disrupting the flow of work.

“Public employees must obey government decisions, including avoiding membership in banned organizations or groups. They can be punished under the law if it is proven that they belong to the Brotherhood,” he said.

Shehata argues that the removal of Muslim Brotherhood members from the railways and other institutions “will eliminate any threat they pose and will hinder their efforts to harm the Egyptian state and its people, including the railways.”

The Egyptian government designated the Muslim Brotherhood as a terrorist organization in 2013 following the overthrow of President Mohammed Morsi. The authorities blame the Islamist group for a series of attacks that rocked the country following Morsi’s removal from power.

On Aug. 1, Egyptian President Abdel-Fattah al-Sisi approved amendments to allow the sacking of public employees if they are proven to have been involved in acts that impact national security.

The law targets the Muslim Brotherhood, whose members are blacklisted by the government on accusations of terrorism and sabotage.

Established in the 1850s, the Egyptian railway is the oldest in Africa. It includes 705 stations, 1,330 crossings, 35,000 passenger cars, 10,000 cargo cars, and 800 locomotives. Some 500 million passengers and 6 million tons of products travel annually on the rail system, according to the State Information Service.

According to a 2020 World Bank report, Egypt has about 5,000 kilometers of rail lines, two-thirds of which is single-tracked. Running trains in both directions on one line is considerably riskier than the safer but more expensive double-tracking alternative.

Egypt’s state statistics agency CAPMAS estimates that the country saw around 16,000 train accidents between 2003 and 2017.

Osama Okail, a professor of road engineering and transportation at Ain Shams University, told Al-Monitor that the lack of qualified and trained employees and qualified managers is a major problem facing Egypt’s railway sector.

“The human factor, which includes workers, technicians and managers, is a big problem hindering the development of the railway sector,” Okail said. “It takes long years to train and qualify those employees and equip them with the necessary experience and technological tools.”

He continued, “For years, Egypt’s railway sector was being managed by [low-level] employees, not experienced staff. Those employees don’t have the capability, experience or technical expertise to run a giant sector like Egypt’s railway authority, which transports millions daily.”

Okail does not believe that the Brotherhood-linked employees are the main cause of rail accidents in Egypt. “Even if you have hundreds of Brotherhood members in the railway sector, would they be able to disrupt the work of thousands of employees in the sector? This is impossible,” he said.

“It is true that there are Brotherhood members in every sector, but is the railway sector so vulnerable to be manipulated and undermined by those employees?” he asked.