There is speculation that Slimane Bouhafs was traded for former Tunisian presidential candidate and media magnate Nabil Karoui. 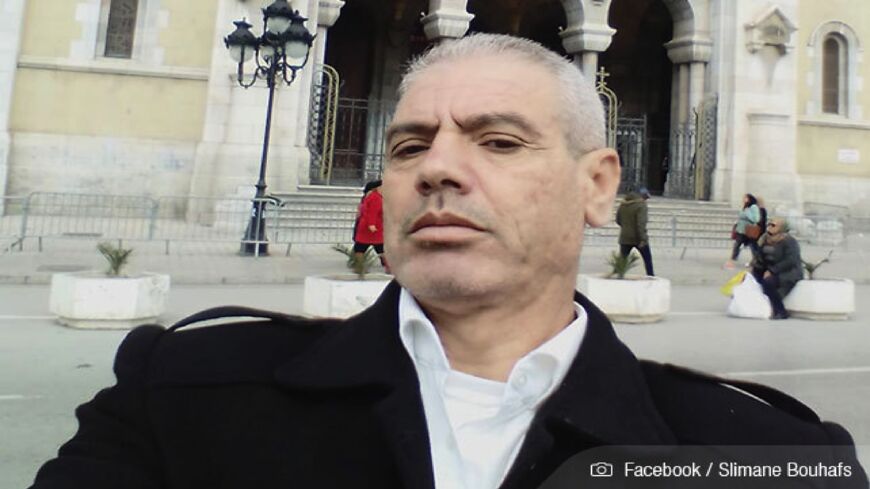 Amnesty International has said Tunisian authorities “must come clean” over their alleged role in the illegal rendition of Algerian activist Slimane Bouhafs. The London-based watchdog demanded a thorough investigation be conducted into the disappearance of Bouhafs, an Algerian Christian convert who is formally recognized by the United Nations as a refugee.

“The Tunisian government shares responsibility for his fate and should come clean about its role in his abduction and return,” said Amna Guellali, Amnesty International’s Middle East and North Africa deputy director.

Bouhafs, who is being held in an Algerian prison on unknown charges, was snatched in the Hay Tahrir neighborhood of Tunis on Aug. 25 by three men in plainclothes and driven off in a black vehicle, according to eyewitness reports.

“Tunisia’s potential awareness of, cooperation in or acquiescence to his forcible transfer there despite his refugee status would constitute a grave violation of the principle of non-refoulement and international refugee law. Slimane Bouhafs’ recognition as a refugee by the UNHCR entails a finding that he has a well-founded fear of persecution on his return to Algeria,” the Amnesty statement read.

Transnational repression has emerged as a signature practice by assorted authoritarians, among them Turkish President Recep Tayyip Erdogan. According to Freedom House, Turkey has carried out at least 58 such abductions in 17 countries.

The reports said “most physical transnational repression involves co-opting host governments in order to reach exiles.” Algeria, where the military continues to maintain an iron grip despite mass protests, is not cited in the report.

In 2016, Bouhafs was sentenced by an Algerian court to five years for “offending the Prophet” and “denigrating Islam” in his social media posts. He was released two years later under a presidential pardon and fled to neighboring Tunisia where he was accorded refugee status. Algerian officials cited by local media claim he is involved with an Algerian separatist movement led by the ethnic Kabylies. Bouhafs is from Bejaia in the Kabylie region.

There is widespread speculation that Bouhafs was traded for former Tunisian presidential candidate, the media magnate Nabil Karoui, and his brother Ghazi. The pair were caught and arrested on Aug. 29 by Algerian authorities as they sought to illegally enter the country by land with the help of a smuggler. Tunisian authorities put out arrest warrants for all three. Karoui, who placed a distant second in Tunisia’s presidential elections in 2019, has been in and out of jail since 2019. He ran his campaign from prison, where he was being held on money laundering and tax evasion charges.

If, as it appears, the Tunisian government allowed the Algerian government to extradite/kidnap Slimane Bouhafs, an Algerian refugee/dissident based in Tunis (arrested in Algeria in 2016 for FB posts allegedly "insulting Islam"), we are in new territory. Highly disturbing. https://t.co/daS6xtMG1j

Worries have been mounting over the future of Tunisia’s fledgling democracy ever since Kais Saied, the former constitutional law professor who won the presidency in a landslide vowing to root out corruption, staged a power grab last month.

On Aug. 28, 22 Tunisian civil society organizations released a statement condemning Saied’s Aug. 23 decision to indefinitely delay the formation of a new government and the reopening of the parliament. Saied’s monopolization of power “jeopardizes the democratic process in our country and further worsens the economic, social, health and political situation,” they said. The country risks “reverting to square one of Arab authoritarianism.”