Much of the Middle East is suffering from water scarcity issues amid extremely high temperatures in the summer. 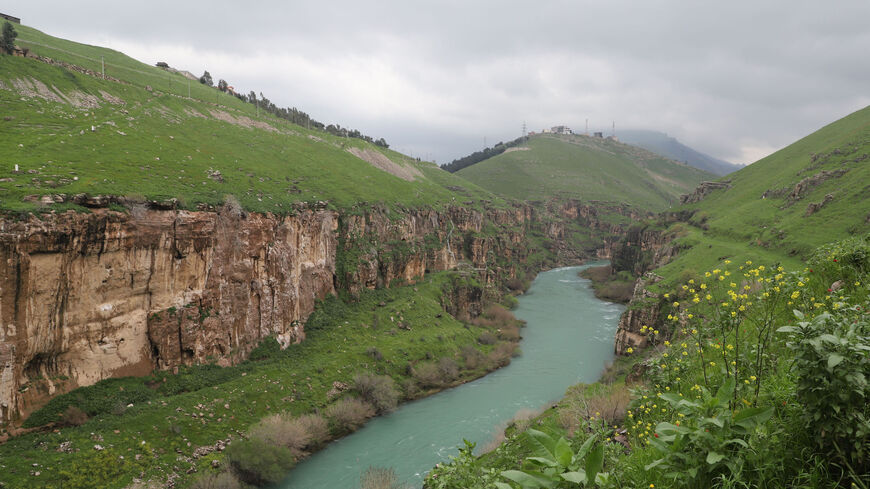 A view of the Zab river that feeds the Dukan dam in Iraq's northern autonomous region of Kurdistan, which was built in 1955 and has reached its highest water levels following heavy rains in the region, on April 2, 2019. - SHWAN MOHAMMED/AFP via Getty Images

Residents protested a lack of water in Iraq’s Kurdistan Region on Wednesday, according to local media outlets. The demonstration came amid wider water access issues in the region.

Dozens of people in the Badawa neighborhood of the regional capital Erbil took to the streets to protest the lack of public water. The area has not had running water for several weeks and authorities declined to dig a new well to alleviate the issue, the Kurdish news outlet Rudaw reported. The protesters demanded the government address the water problem and many cannot afford to buy water from private vendors, according to the Kurdish outlet NRT.

Erbil has been suffering from a drinking water shortage since July. A drought in the area has affected both the Zab River and well water, both of the city’s water sources. Residents have been forced to pay for private water as a result, which costs more than $50 for a tanker that lasts them a week or less. The average monthly income per household in the Kurdistan Region is less than $250 a month, according to NRT.

In addition to drinking, cooking and cleaning, people in Erbil often use public water for air conditioning systems that are crucial in the scorching hot summer months.

Water scarcity is an issue throughout the Middle East, including in Iran, Egypt and Lebanon, among other places.