Forest fires continue to rage in Europe and the Middle East despite containment measures. 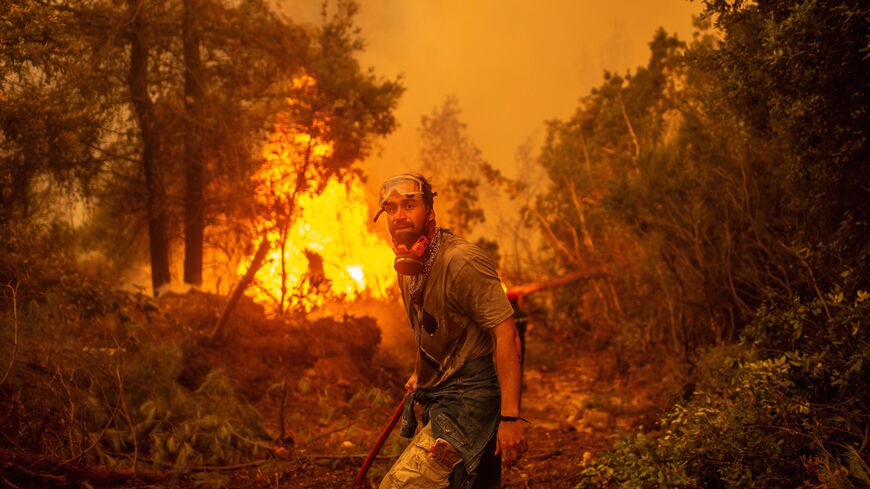 A volunteer holds a water hose as he tries to extinguish a fire in the village of Glatsona on Evia (Euboea) Island, on Aug. 9, 2021. - ANGELOS TZORTZINIS/AFP via Getty Images

The United Arab Emirates sent more aid to Greece on Thursday to help fight the wildfires in the country. Forest fires have plagued the wider eastern Mediterranean region for weeks, including parts of the Middle East.

The Emirates Red Crescent sent an aircraft loaded with food, medical supplies, firefighting clothing, hoses and more to Athens. The UAE also deployed a helicopter to help contain the fires and dispatched a plane containing similar supplies on Tuesday, according to the official Emirates News Agency.

Massive wildfires have raged across Europe and the Middle East this month in countries on the Mediterranean Sea. Fires in Turkey, Algeria, Lebanon and Syria have caused death, destruction and displacement.

The UAE and Greece are close allies and align on many regional issues, including opposition to Turkey’s drilling activities in the eastern Mediterranean.

The Emirates sometimes sends aid to other countries in the region as well. Last month, the UAE gave COVID-19 vaccine doses to Tunisia.