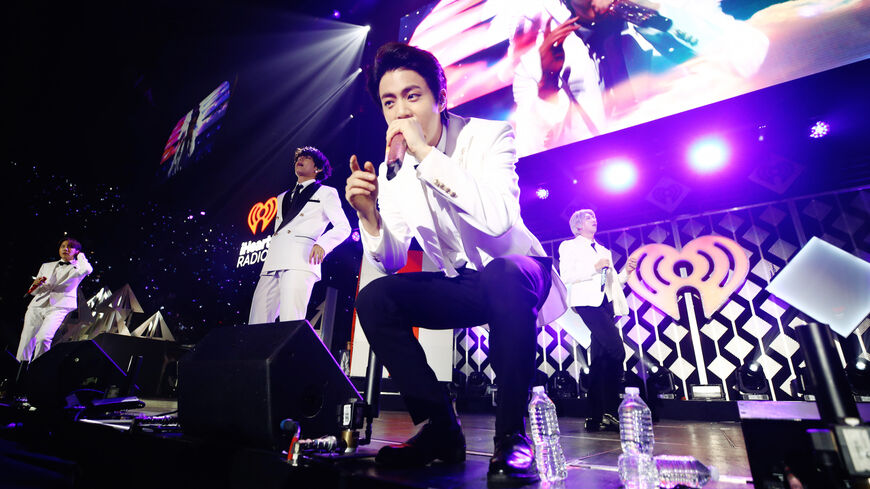 Turkey’s Family and Social Affairs Ministry will examine Korean pop music, known as K-pop, which conservative pundits have portrayed as a threat to Turkish youth from the Far East, Turkish media outlets report.

“The ministry is examining allegations that K-pop is making young people drift from traditional values and reject their family and leading them to a ‘gender-free’ lifestyle,” journalist Onder Yilmaz reported in daily Milliyet on Aug. 29.

The ministry contacted representatives of social media platforms in Turkey to seek their help in combatting harmful online content that will negatively affect children, the newspaper read. A representative of one platform who asked to remain anonymous confirmed to Al-Monitor that there were plans to do so in “near future.”

The ministry’s plans to monitor the impact of K-pop on Turkish youth follows the news that two sisters and a friend ran away from home earlier this month to go to South Korea. Their mother claimed that the girls were fans of Korean Wave or "Hallyu," a term used to describe the growing global popularity of South Korean culture from drama to cosmetics, music and fashion.

According to a Twitter report published in September 2020, Turkey is one of 20 countries where users use K-pop hashtags. Turkish Twitter users commented in the thousands on songs like the band EXO’s “Obsession” and BTS’ “On.”

“Given that there are millions of fans in Turkey, three girls in downtown Istanbul running away from home to go to South Korea is not a trend but an exception. However, it has once more provoked the conservative groups who seek to stigmatize K-pop as a movement that promotes an LGBTI lifestyle, a gender-free society, one that drives young people to suicide and whatnot,” said Alptekin Keskin, a scholar working on anti-K-pop rhetoric in Turkey.

Minutes after the news emerged of the runaways, the hashtags #bankpop and #youcannotbankpop went viral.

BTS is a boy band whose last hit "Butter" topped the summer charts. The band’s seven frail and androgynous-looking members went before the United Nations in 2018 to deliver a speech in support of youth speaking out for themselves and for sexual minorities. Member Kim Nam-joon, better known as RM, said, “No matter who you are, where you are from, your skin color, your gender identity, just speak yourself."

In a column headlined “Homosexual armies coming,” Yeni Akit commentator Ali Osman Aydin accused BTS  of “acting like clean-cut, decent kids who love animals and nature” but in fact “are part of a global design to create a gender-free society.” Pro-government news channel Ahaber and the state-run Anadolu News Agency selectively quoted psychologists and teachers who endorsed their objections. For example, Goksin Kahraman, a child and adolescent psychiatrist, said BTS’ androgynous singers may “create confusion” in “young people whose gender identity is still under development.”

Turkish officials' sharpening anti-LGBTI rhetoric often goes hand in hand with claims of protecting youth and children from “gay lifestyles.” When students were forced to remain indoors and study online during the pandemic, a teacher’s association prompted them to paint rainbows and hang them in their windows. Alarmed by the connotations of the rainbow, which is the global symbol of the LGBTI social movement, the Education Ministry intervened to stop the rainbow campaign. Turkey’s media watchdog, the Radio and Television Supreme Council, keeps a close eye out for gay characters in films and series that are watched by children and young adults. Netflix, which has more than 3 million subscribers in Turkey, has bowed to pressure from the council more than once, pulling a series entirely or changing scripts to remove a gay character.

Keskin added that the K-pop groups, particularly BTS, which has more than 20 million followers on social media that the band members call their “army,” is also very popular among the youth in Islamic clerical schools, which President Recep Tayyip Erdogan sees as the training ground of his “pious generation.”

“This popularity in the conservative circles is precisely one of the reasons that the conservative pundits feel alarmed them,” he said. “But the fans — numerous and social media-savvy — are able to push back against the accusations” with their own social media hashtags.

“It would be factually wrong to describe K-pop fans as advocates of an LGBTI lifestyle. BTS, for example, stands against toxic masculinity and says it respect all sexual orientations. In the interviews that I have carried out with the fans, they feel that the K-pop idols give an uplifting message, a message of respect.”

But one should refrain from painting an overly rosy picture of K-pop, warned Aylin Sener, a journalist who follows Hallyu. She pointed out that the Korean pop music world has a dark underbelly in which singers are trained for long hours and subjected to fierce diet restrictions and long-term contracts that bind them to their managers, who exert strict control over their private lives. At least seven singers in the genre, mostly women, have committed suicide in the last three years.