The new Iranian president said he will push to get harsh sanctions lifted without hinging Iran's battered economy on the West. 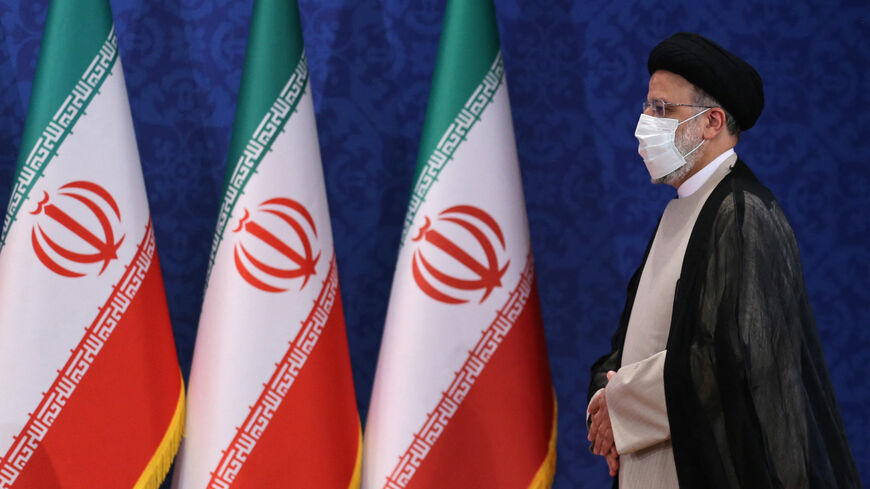 As he was officially endorsed by Supreme Leader Ayatollah Ali Khamenei in Tehran Aug. 3, Iran's new President Ebrahim Raisi pledged to get the country's sanctions-stricken economy back on track and restore waning public trust.

Under Iran's constitution, elected presidents begin their tenure only after being officially mandated by the supreme leader. Raisi, an ultraconservative former judiciary chief, was elected following a contentious race back in June, after the ruling hard-liners removed potential centrist challengers from his path to victory.

Expressing his utmost loyalty to the supreme leader, Raisi opened his speech with regret that due to coronavirus restrictions in place, he had no chance to kiss Khamenei's hands while receiving his credentials.

Khamenei advised Raisi to hasten forming a new "people-oriented" administration, referencing the new president's campaign slogan about the rule of the people. Raisi promised to see US sanctions lifted while noting that his government "will not hinge" the already beleaguered economy on the West. "The message of the election was about a change in the status quo," Raisi declared, repeating his scathing criticism against the outgoing Hassan Rouhani, who also attended the ceremony.

The 60-year-old cleric's advent to presidential office coincides with a stalemate in talks over the revival of the Iran nuclear deal, the Joint Comprehensive Plan of Action. Six rounds of negotiations have already been held in Vienna, where major world powers have been seeking to hammer out a new deal with Tehran. The United States, which left the accord under former US President Donald Trumpin 2018, has been indirectly engaged. However, the talks have been on hold since Raisi's election due to expectations of a change of policy in Tehran.

Rouhani tried to see the deal reinstated by the end of his term, but in vain. In his final cabinet address on Sunday, Rouhani blamed the Iranian Parliament packed with his hard-line rivals for the failure. A controversial bill passed in December conditions a new deal with the United States on strict verification of sanctions removal. The bill is believed to have been a major roadblock in the Vienna negotiations.

Raisi has vaguely suggested that he will continue the path of diplomacy, but has fallen short of presenting a road map. Only last week, the top US negotiator in the talks, Robert Malley, expressed concern that the incoming administration in Tehran may come forward with new "unrealistic demands" that could complicate the situation.

In his address Aug. 3, Raisi also promised to bridge a widening state-nation gap in Iran as he highlighted "the tarnished public trust," an issue he presented as more serious than the economic hardships Iranians are facing. The election was marked by lowest turnout ever recorded in the history of the Islamic Republic.

The Raisi government will have to grapple with growing public discontent stemming from a multitude of grievances. Iran's southwest as well as its capital and several other large cities have in the past three weeks been rocked with angry protests. The fury is rooted — but not limited to — water shortages in Khuzestan province. The government blames the crisis largely on inevitable climatic conditions, while critics argue that the absence of a coherent national water strategy has added to the list of hardships in the underdeveloped southwest.

Raisi's inauguration is slated to be held in the Iranian Parliament on Thursday, and organizers are expecting foreign dignitaries representing over 70 states including Enrique Mora, the European Union's top representative in the Vienna talks.

Mora's potential attendance has already angered Iran's arch-enemy, Israel, which slammed it as "flattery and subservience to violent totalitarian regimes." The Israeli Foreign Ministry's statement came against a backdrop of recent tensions between Iran and Israel following accusations that Tehran was behind a deadly attack on an Israel-linked tanker off the coast of Oman.

Israel has already managed to bring on board UK and American officials for a "collective response," the nature of which has yet to be determined.