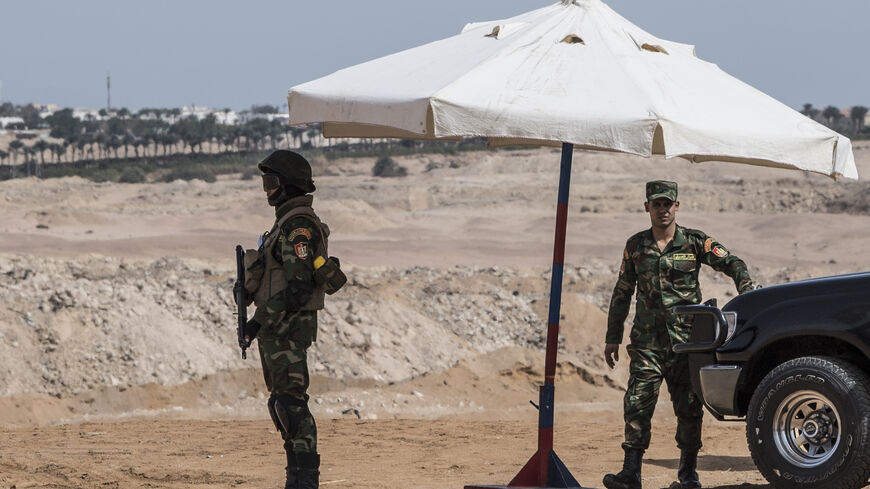 A roadside bomb reportedly struck an armored vehicle in the northern Sinai peninsula and killed at least seven Egyptian soldiers, including an officer, and wounded six others.

The Islamic State’s Sinai branch claimed responsibility for the attack near New Rafah, on the Gaza border. The wounded were taken to a military hospital in the North Sinai town of El Arish, Agence France-Presse cited security and medical sources as saying.

Egypt’s armed forces spokesperson, Lt. Col. Gharib Abdel Hafez Gharib, announced yesterday that a total of nine soldiers had been killed in Sinai clashes. Garib’s statement did not specify which attacks. Gharib also announced the killing of 13 terrorists in central and north Sinai in counterterrorism operations.

Egypt’s military has been battling an Islamist insurgency in north Sinai that worsened following the overthrow of democratically elected President Mohammed Morsi in 2013. Morsi, the Muslim Brotherhood candidate, was deposed by then-Defense Minister and now-President Abdel Fattah al-Sisi.

The most prominent Islamist militant group in Sinai, Ansar Beit al-Maqdis, pledged allegiance to the Islamic State in 2014.

Egypt’s military has struggled to eradicate the insurgency and has been accused of human rights abuses amid the campaign. Egypt has declared North Sinai a military zone closed to media and non-governmental organizations.

Sisi’s regime has held an estimated 60,000 political prisoners since the 2013 coup, which was backed by state-influenced media outlets and a popular uprising against the Brotherhood.

Last week, the Pentagon’s top official for Middle East policy, Dana Stroul, made the case before Congress for continued foreign aid to Egypt amid a push by lawmakers to withhold some aid to Cairo over human rights concerns.