As new prime minister in a government composed of the right, center and left, Naftali Bennett strives to create for himself a new political base. 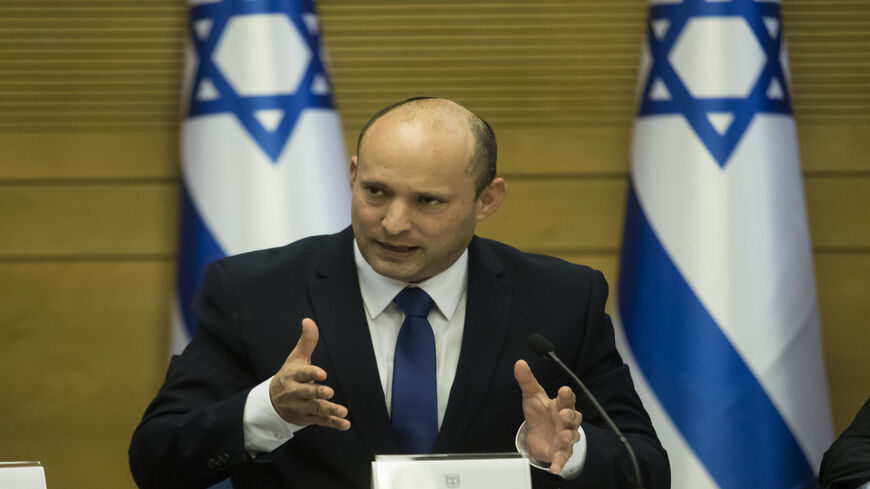 “I may not have slept for 36 hours, but in these 36 hours we did what you didn't accomplish in 36 months.” Prime Minister Naftali Bennett made that offhand remark Aug. 2, when his Cabinet approved the proposed budget. He was in the Knesset plenum, because the Likud managed to wrangle the 40 signatures from Knesset members needed to obligate him to attend a debate under the heading, “The Government’s Failure in Protecting the Security and Diplomatic Interests of the State of Israel and Its Harming of Israel’s Heritage.”

Bennett's remark came in response to a series of harsh attacks by members of the opposition. He was accused of passing a budget that harms the weaker sectors of the population. Meanwhile, coalition Knesset member Mansour Abbas of Ra’am, not Bennett, was called “the de facto prime minister,” for the enormous budgets he was able to get for the economic and social development of the Arab sector.

Then Bennett got up to speak. His remarks were nothing like the angry, belligerent speech he delivered July 12, when he called the opposition “the new sourpusses.” Back then, he took a page out of the Netanyahu playbook by addressing his predecessor by name as “Knesset member Bibi Netanyahu” at least 20 times, when convention would have him use Netanyahu’s official title, “Mr. chairman of the opposition.” In this speech, however, Bennett didn’t even mention Netanyahu once. Instead, he preferred to deliver mostly positive messages about the success of passing a budget.

More importantly, Bennett tried to deliver a message of unity, instead of focusing on the polarization that dominated Israeli politics for the last few years. He was interrupted often by the opposition, but he simply responded, “Right wing does not mean hatred of the left wing, it means love of the land.  … The left wing loves the people of Israel no less than the right wing. The line we have seen here in the past hour — which tries by force to create polarization — that is exactly what tore apart our previous state."

Bennett argued that the way the previous coalition conducted itself, with its incitement and hatred, tore Israel apart, much like the hatred within the people of Israel in the era of the Romans. As a reminder, tradition has it that hatred led to the destruction of Judea by the Romans and the destruction of the Temple in 70 B.C. Bennett chided the opposition for being behind the current divisions in society: “Learn a lesson from Menachem Begin. Ashkenazi, Sephardic, we are all Jews. You want to divide us. What good will that do?”

This is, no doubt, a brand-new Bennett. Here is a man who speaks out against the acrimonious and divisive policies identified with the former prime minister. It was Netanyahu’s often hostile tone that won the Likud quite a few of its voters. Bennett is apparently different. He is trying to build a new voter base, made up of moderate right and center-right voters, who are uncomfortable with the divisive rhetoric that has taken over Israeli politics over the last few years.

It should come as no surprise that Bennett is adopting this approach. Bennett is serving as prime minister while heading a party with just seven seats (Yamina). In fact, one of those seats is held by Knesset member Amichai Chikli, who opposes the government and votes with the opposition. More so, Bennett is already persona non grata among large parts of the right and the hard right, because of his decision to join forces with the center-left to remove Netanyahu from the prime minister’s office. He knows that many of his voters might find themselves supporting another, more right-wing party in the next election, so he needs to forge a new path for himself.

With this, it now seems that Bennett strives for a new image. The decision to appoint old-new adviser Moshe Klughoft as Bennett’s new strategic counselor is evidently related to these efforts. Bennett’s office actually announced that Klughoft is expected to assist the prime minister in positioning him in the media in order to bolster his public standing. In addition, some analysts claim that Bennett’s Yamina party might in the future merge with Giden Saar’s New Hope party in order to establish a large new political base.

Tal Alexandrovitz, CEO of Ben Horin and Alexandrovitz, a major media and strategic consulting firm, spoke to Al-Monitor about Bennett’s attempt to rebrand himself. “Bennett is well aware that as a prime minister without a political base, he needs to broaden his support. Of course, he stands out and has influence, simply by virtue of the fact that he is prime minister. What he needs to do now is translate that into the kind of support that will give him room to act. Last week, we saw him address a more centrist audience in the Israeli political arena by flaunting his success in passing the budget after three years [with no budget].”

Responding to the frequent squabbles between him and Netanyahu, Alexandrovitz said, “Netanyahu will attempt to force debate surrounding failures in the government’s handling of the coronavirus and various security threats, while Bennett will try to shift the dialogue to his ability to operate with a government based on cooperation, economic reform and the passing of a budget.”

Associates of Bennett, and even some political rivals, say that he is not motivated by personal interests. Former Labor party Knesset member Ayelet Nahmias-Verbin is now vice president of the Israel Manufacturers Association. She told Al-Monitor, “Back when he was just a minister, I heard him say in the Knesset that the left is not the enemy. There were and still are vast ideological differences between us, but I always found him to be a serious partner for discussions, not only on issues like education, industry and the economy, but also on issues over which we disagreed."

She said, "Obviously, it is hard to run a government when you have so few Knesset members behind you, but he still didn’t have to be so embracing of the other ministers as he was. He will face great tests in the coming months, but I think a new component has been added to his ideology, which is a belief in the need to steer away from the divisive rhetoric. He realizes that it is of no less strategic importance than Iran.” 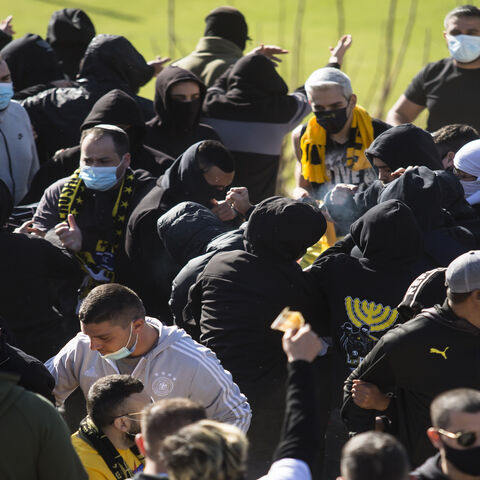