A new IDF conscription bill offers the ultra-Orthodox a choice between military service and going to work. 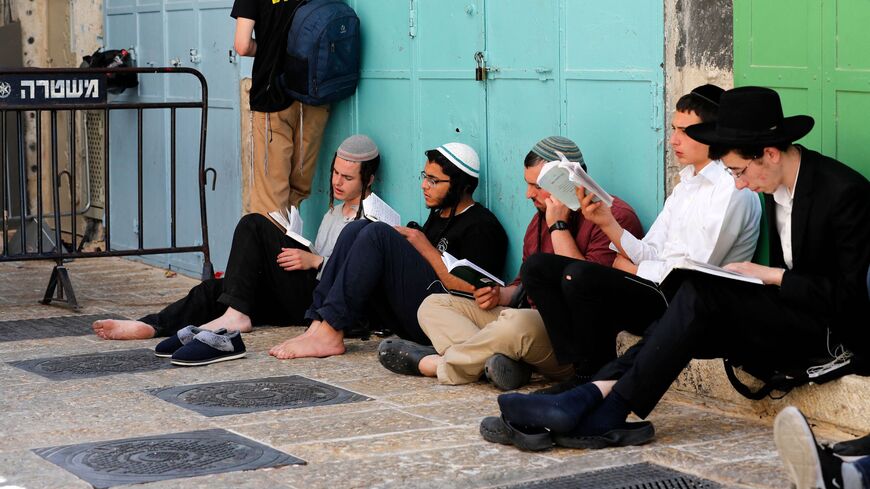 A group of ultra-Orthodox Jewish men pray outside the al-Aqsa compound in Jerusalem near a closure set up by Israeli security forces on July 18, 2021. - AHMAD GHARABLI/AFP via Getty Images

A revised IDF service bill is on its way to confirmation in the Knesset. Over the years, Israeli politicians and civil society groups have called for drafting young ultra-Orthodox men into the military instead of enabling them to stay in yeshivas and study. The new plan is a major concession of the left-center parties on the principle known as "sharing the burden.”

Foreign Minister Yair Lapid and Finance Minister Avigdor Liberman are closely associated with long-held demands that the ultra-Orthodox share the burden. Judging by the new plan, they seem to have realized that yeshiva students cannot be conscripted by force. They are now waiving military service for economic reasons, as way to bring these young people into the work force.

When the State of Israel was new, Prime Minister David ben Gurion struck a deal with the ultra-Orthodox leadership. The arrangement was that the several hundred yeshiva students could continue their Torah studies and not be drafted into the Israel Defense Forces despite the new country's compulsory military service. When the Likud rose to power at the end of the 1970s, the arrangement was broadened and within a decade the number of exemptions rose to the thousands, making up 15% of the population of conscription age.

The exemption from conscription was contingent on yeshiva study, leading ultra-Orthodox youths to stay in the schools until they aged out of conscription eligibility at 28. The long period of study meant that ultra-Orthodox remained excluded from working as well for many long years.

The problem worsened at the beginning of the new millennium: While 60% of the ultra-Orthodox worked in 1980, only a third of ultra-Orthodox men did so in 2003, making most ultra-Orthodox youths an economic burden on the state. And though the state supported them via various stipends and allowances, poverty among the Israeli ultra-Orthodox has reached about 50% of families.

The issue of ultra-Orthodox conscription has become a highly sensitive issue in Israeli society. Over the years, various solutions were offered such as the “Tal Law” in 2000 to allow ultra-Orthodox young men to work for a two-year period and then decide whether to return to the yeshiva or do abbreviated military or national service. But the law expired in 2012. Petitions to the High Court against the government and the special conscription exemption for the ultra-Orthodox left the problem on the table. Protesters continued to demand equality in “sharing the burden” with the support of Yesh Atid.

In 2014, when Yesh Atid was in Netanyahu’s government, a new law was passed that set quotas for conscripting ultra-Orthodox men. New IDF service tracks were designed specially for the ultra-Orthodox, such as the combat battalion known as Netzah Yehuda, an ultra-Orthodox battalion in the Paratrooper Company and technological tracks in various service branches.

While these moves did increase ultra-Orthodox enlistment somewhat, the majority still did not serve. In 2017, the High Court decided to abolish the law and demanded that the Knesset pass a more egalitarian one. The Defense Ministry under Liberman prepared a bill that would greatly enlarge the ultra-Orthodox IDF service tracks as well as civil service as an alternative that would allow the population to continue studying in yeshivas. The heads of the ultra-Orthodox parties initially accepted the new law, but changed their minds at the end of 2018. In the political crisis that ensued, the government fell.

The current government does not include ultra-Orthodox parties. It does include Lapid and Liberman as well as leftist Meretz and Defense Minister Benny Gantz, who also champion "sharing the burden." The coalition agreements signed in May include equality of obligations.

There are two main reasons for the government's new approach. Over the years, it became increasingly clear that any attempt to draft the ultra-Orthodox by force would lead to civil disobedience and nasty confrontations, worsening the disconnect between the ultra-Orthodox and the wider society. The IDF leadership has made it clear that it would be difficult to draft large numbers of ultra-Orthodox men who require completely different conditions from the other soldiers, including dietary needs, the removal female soldiers from their units and many other issues.

The second reason, the economic aspect, is perhaps even more important. The fact that half of ultra-Orthodox men in Israel do not work for a living — and not only the young ones — is a heavy burden on the state in the form of stipends to the families and a loss of tax revenue and workforce productivity. Therefore, after authorizing the changes, Bennett emphasized, “Today we are opening the gates of work and employment to ultra-Orthodox youths. We are removing the barriers and allowing freedom of choice to thousands of young ultra-Orthodox Jews, without coercion and without tanks in Bnei Brak. This is the long but correct path toward the national interest. The first and foremost target of us all is integration of ultra-Orthodox society in the labor market.”

Liberman tweeted, "The purpose of the army is to protect the homeland but also to be the 'melting pot' that unites all aspects of society. Our decision balances that melting pot with the needs of today's economy, which needs more people to take part in the world of employment."

It is interesting that the ultra-Orthodox have not yet responded to these changes, perhaps because these parties see the advantages in the law. Perhaps they are even pleased at the thought that they have succeeded in convincing their opponents to stop trying to force their yeshiva students to serve in the military. 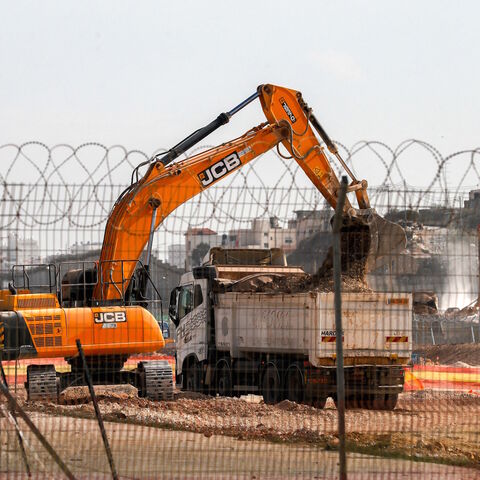