The summit is the latest effort by Iraq to reduce tensions between Iran and its Sunni Arab neighbors. 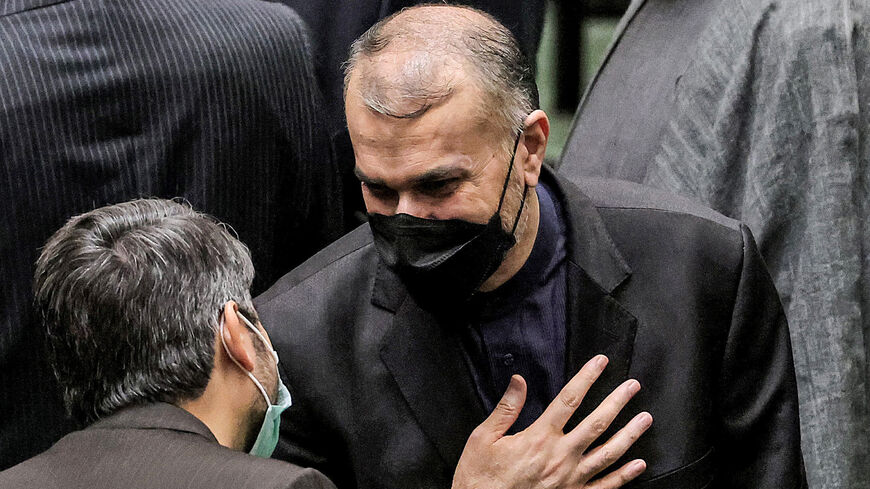 Hossein Amir-Abdollahian, then a candidate for foreign minister, looks on during a parliament session to review the new president's cabinet selection in the capital Tehran on Aug. 21, 2021. - ATTA KENARE/AFP via Getty Images

“An Iranian delegation led by Foreign Minister Amir-Abdollahian is to be dispatched to take part in a meeting on supporting Iraq,” Foreign Ministry spokesperson Saeed Khatibzadeh said on Friday.

Iranian President Ebrahim Raisi has also been invited to attend the meeting on Saturday along with other Gulf leaders. Iraq hasn’t made public the list of attendees, but Egyptian President Abdel Fattah al-Sisi and Jordan’s King Abdullah II have publicly said they will participate. French President Emmanuel Macron will also take part, as Paris is reportedly co-organizing the summit.

Under Prime Minister Mustafa Al-Kadhimi, Iraq is positioning itself as a major power broker in the Middle East. Earlier this year, top officials from Saudi Arabia and Iran met in Baghdad for what was believed to be the first direct discussions since the two countries severed diplomatic relations in 2016.

Sunni Riyadh and Shiite Tehran have continued to compete for influence in proxy wars across the region, but there are new signs of a possible detente.

Raisi said in June that there are "no obstacles" to renewing ties with Saudi Arabia and reopening embassies. In April, Saudi Crown Prince Mohammed bin Salman raised eyebrows by saying the kingdom is seeking a “good and positive relationship” with its longtime regional rival.

The Baghdad summit comes as negotiations over the Iran nuclear accord, which the Saudis staunchly opposed when it was originally  struck in 2015, remain on hold. Six rounds of talks between Iran and the other original parties to the deal have failed to produce a breakthrough, and in the meantime, Tehran has stepped up its violations of the accord.

The meeting in Iraq is also expected to focus on the war in Yemen, where Saudi Arabia is leading a military coalition against Houthi rebels backed by Tehran. Reuters reports that the summit will also cover the current crisis in Afghanistan, Lebanon's economic woes and the region’s dire water shortages.

"The aim is to initiate something here and to continue after this conference," a French source told the news agency.