Iran has been quietly watching the rise of the Taliban on its eastern border. 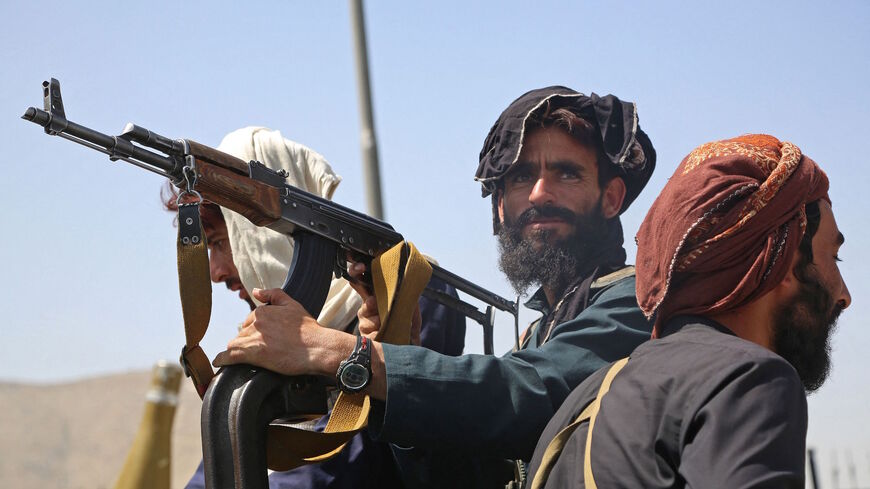 Taliban fighters stand guard in a vehicle along the roadside in Kabul on Aug. 16, 2021, after a stunningly swift end to Afghanistan's 20-year war. - AFP via Getty Images

Iran has been cautiously watching the rise of the Taliban on its eastern border as the terrorist group that once killed a dozen of their diplomats and massacred Hazara Shiites took over the capital.

Like most other countries, Iran has few choices but to watch the Taliban consolidate authority over the entire country and reestablish the Islamic Emirate of Afghanistan, which ruled nearly 90% of the country before it was toppled by the United States for supporting al-Qaeda in 2001. According to statements by Iranian officials, it appears that Iranian authorities expected such a scenario and are hoping to avoid the previous tensions with the group.

President Ebrahim Raisi said today and that as a “neighborly and brotherly country Iran invites all of the groups in the country toward national reconciliation.” Raisi’s inclusion of “all groups” signals that Iran is willing to work with the Taliban once and if it fully takes over the country.

Unlike the rise of the Islamic State, which Iranian media outlets covered extensively, the Iranian press has been rather subdued on the Taliban's various victories in the last few days, especially the fall of Kabul. Much of the coverage has been straight reporting, with few play-by-play accounts. There have been no reports of an imminent threat to Iran’s borders, compared to wide speculation that IS would try to make an incursion into Iran.

One reason the coverage has been so low key could be a warning by security forces to keep it so. Former President Mahmoud Ahmadinejad, who has turned into somewhat of an opposition figure himself lately, claimed that a security official had warned him to stop speaking publicly about the Taliban. Ahmadinejad referred to the Taliban as a “serious threat for Iran and the region” and asked why “few in the security institutions" see the Taliban as significant.

A number of Iranian commentators found it noteworthy that an Iranian Foreign Ministry official referred to the Taliban as the “Islamic Emirate,” its own name for itself, rather than calling it a terrorist group, as Iranian officials typically do when referring to hostile groups.

Iran is, however, quietly taking precautions. It has suspended flights to Afghanistan and reduced its diplomatic staff in Kabul, Herat, Jalalabad and Kandahar. Foreign Ministry spokesperson Saeed Khatibzadeh said that not all officials have evacuated, and some will remain and continue to work.

An article by Mehr News Agency shed light on Iran’s possible thinking. It stated that unlike al-Qaeda, which sought to kill people it believed to be infidels, and the Islamic State, which wanted to conquer all Islamic lands and kill Shiites, the Taliban wants to control Afghanistan and install an Islamic emirate with Pashtuns in control. While Iran would prefer the Taliban not be in charge, it may not see it as a direct threat.

The article read that despite its previous violence, the group appears to be more “measured” than it used to be.