Beginning Monday, the Egyptian-controlled border crossing with Gaza will be closed in both directions, a Hamas spokesperson said. 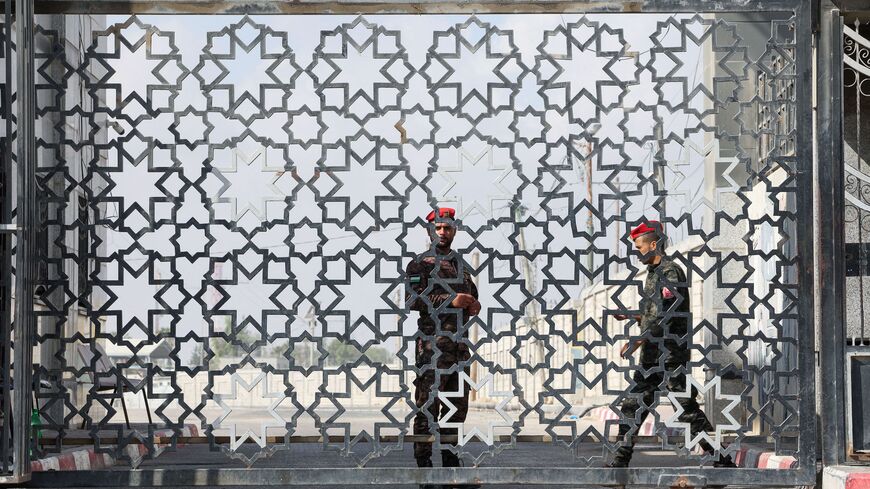 Members of Palestinian security forces stand guard at the closed off Rafah border crossing to Egypt in the southern Gaza Strip on Aug. 23, 2021. - SAID KHATIB/AFP via Getty Images

“We were informed by the Egyptian authorities that the Rafah crossing will be closed tomorrow, Monday, in both directions,” Iyad al-Bozom, spokesman for the Hamas-run Interior Ministry, said in a statement Sunday.

Bozon did not say what prompted Rafah’s shuttering, but Egyptian security sources told Reuters that the recent cross-border violence led to the closure. On Saturday, Israeli jets bombed Hamas targets in Gaza in response to violent clashes along the perimeter fence that severely wounded an Israeli soldier. Dozens of Palestinians, including a 13-year-old boy, were injured by the Israeli fire.

Hundreds of Palestinians had gathered to protest Israel’s blockade and restrictions on reconstruction following the 11-day conflict, which killed more than 250 Palestinians and 13 residents of Israel. Cairo, which in May brokered the cease-fire that ended the Hamas-Israel fighting, has been trying to negotiate a more permanent truce between the two sides.

Since Hamas took control of the Gaza Strip in 2007, the Palestinian enclave has been under a tight blockade imposed by Egypt and Israel that is aimed at pressuring the Islamic militant group. But human rights groups say the air, land and sea restrictions have devastated Gaza’s economy and amount to collective punishment of its 2 million residents.

The Egyptian-run Rafah crossing is the sole passageway from Gaza that is not controlled by Israel. Its closure follows an announcement from Qatar that Israel will allow the transfer of cash payments to some some 100,000 needy Palestinian families in the besieged territory. Hamas had threatened further violence if the Qatari aid stayed frozen, but on Friday welcomed the announcement.

Despite the fragile cease-fire, Palestinian militants in Gaza have continued to launch incendiary balloons across the border that have set fire to swathes of Israeli farmland and nature reserves. Israel has responded by carrying out airstrikes on what it says are Hamas’ weapons manufacturing and storage sites in Gaza.

In apparent retaliation for a deadly Israeli raid in the West Bank city of Jenin, on Aug. 16 Gaza militants fired two rockets, one of which was intercepted by Israel’s Iron Dome missile defense system. The other landed in Gaza.