The Israeli baseball team brought home no medals, but still made history by qualifying for the Olympic games and gaining visibility. 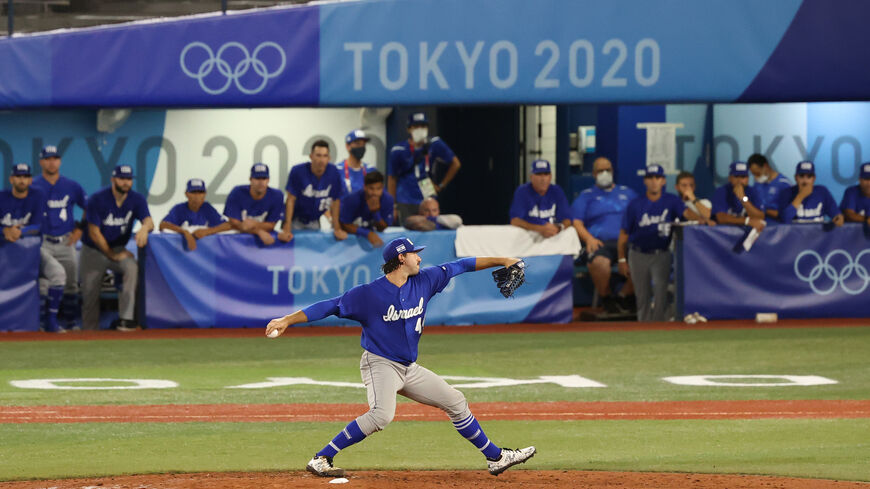 Zachary Weiss of Team Israel pitches in the ninth inning against Team Dominican Republic during the knockout stage of men's baseball at the Tokyo 2020 Olympic Games at Yokohama Baseball Stadium on Aug. 3, 2021, in Yokohama, Japan. The Dominican Republic rallied for two runs in the bottom of the ninth to win 7-6. - Yuichi Masuda/Getty Images

Despite the deep disappointment of Israel’s baseball team over losing to the Dominican Republic on Aug. 3 at the Tokyo Olympics, the competition showed how far Israeli baseball has come in recent years to become one of just six national teams competing in the games.

Until about 15 years ago, baseball in Israel was almost exclusively the sole purview of Jewish immigrants from the United States and Canada, playing on improvised diamonds, each wearing the cap of a favorite team back home. In the ensuing years, dozens of teams have been established, with most of their players native Israelis as familiar in baseball terminology as any born-and-bred Yankees fan.

Israel’s National Baseball Team was instrumental in this development. Five years ago, when it did not have a single international achievement to its name, it started recruiting Jewish players from professional American baseball leagues. The idea was the brainchild of Peter Kurz, chair of the Israel Association of Baseball, who took advantage of a clause in the rules of the world baseball championships allowing anyone eligible for citizenship of a certain country to play for that country. In Israel’s case, this meant that Jews, who by definition are eligible for Israeli citizenship by virtue of the Law of Return, are eligible to play for its national team.

Kurz scouted various American professional baseball leagues and turned to several well-known former American stars to offer them a place on the Israeli team. Three accepted the offer and formed the core of the future Israeli national team. Brad Ausmus, a former All-Star catcher for the Detroit Tigers, Houston Astros and Los Angeles Dodgers signed up as a player and coach. The others were Gabe Kapler, who played for the Tampa Bay Rays and other Major League teams, and Sean Green, who pitched for the Texas Rangers. Kapler had openly expressed his emotional attachment to his Jewish origins, tattooing a Star of David on his body and asking to add to his million-dollar contract the good luck sum of $18, signifying the word “life” in Jewish numerology.

This roster first played in the 2012 World Baseball Classic qualifier in Florida, winning two games but failing to qualify. However, Kurz was encouraged and went on to sign up Minor League American players, a move that paid off in 2016 when Israel won the qualifier in Brooklyn, notably beating Cuba and coming in sixth. That team was coached by Jerry Weinstein, who was part of the MLB’s Colorado Rockies coaching team. Its pitchers were Jason Marquis and Josh Zeid and the batters were Blake Gailen, Ryan Lavarnway and Cody Decker.

It was the team’s big break in terms of media exposure in Israel, although some criticized its roster of predominantly non-native Israeli players. Nonetheless, the team won most games of the 2019 Africa/Europe Qualifying Event, securing a ticket to Tokyo.

Coach Eric Holz put together a roster of 19 American Jews who obtained Israeli citizenship and five native-born Israelis. Among the more prominent American names were former MLB star and four-time All Star Ian Kinsler, who retired last year at the age of 37. His teammates include Mitch Glaser, 31, of Chicago, who plays for the Sioux Falls Canaries of the American Association of Professional Baseball.

Asked what representing Israel in the Olympics meant to him, Glasser answered, “I grew up as a Jew and was taught to love Israel. It has always been part of my identity. In the teams I played on I was always the only Jew. Playing baseball and being Jewish were always inseparable for me. Baseball is what granted me Israeli citizenship. Now I’m one of 24 Jews on the team. This is unique in the world of baseball. I am so proud to be part of it.”

Assaf Lowengart, 22, one of the five native-born Israelis on the team, fell in love with baseball when he was six and played on amateur teams. After his military service, he played for San Joaquin Delta College in California. Lowengart and his teammate Tal Erel described the locker room atmosphere as quintessentially Israeli, saying they had introduced their American teammates to the Mediterranean-style music that is highly popular in Israel.

But the team’s luck ran out in Tokyo. It lost twice to South Korea, once in extra innings, to the United States and to the Dominican Republic. It did score a win against Mexico. At a news conference following their defeat, team members spoke of their disappointment but also of their hopes for the future. Manager Eric Holtz said the team would continue with its momentum and strive to grow the next generation of Israeli baseball. “We wanted to win a gold, but we lost. Despite it all, we won because now every child in Israel knows what baseball is,” he said.

Infielder Ian Kinsler said, “All we wanted was to bring baseball to Israel. We hope we have made Israelis proud because we played with passion and pride. It was a wonderful run and we will continue to represent Israel in the world.” Nick Rickles posted an emotional tweet describing how proud he was to have been part of the team and how proud he was that the team played in the Olympics. He praised the warm ties among the team members, saying they had put their hearts and souls into the game.

Peter Kurz of the Israel Baseball Association summed up the experience, telling the Walla news site, “The idea was to raise awareness and increase the number of Israeli fans. We can do well on the world stage and also bring this sport to third place in Israel after football and basketball.”

Is that a realistic goal? Until 15 years ago, there were five or six baseball teams in Israel and a few dozen players. Today, thanks to the national team, its achievements and exposure, there are almost 100 child, youth and adult teams. 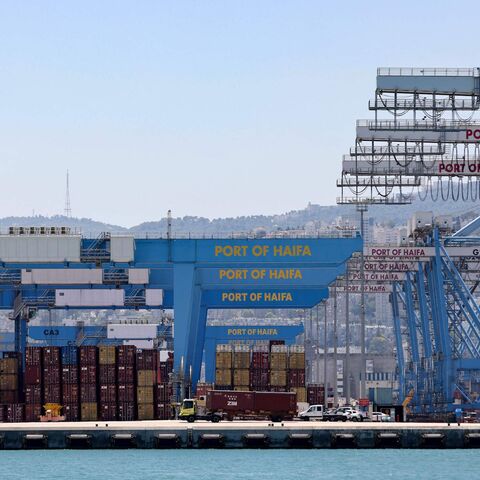